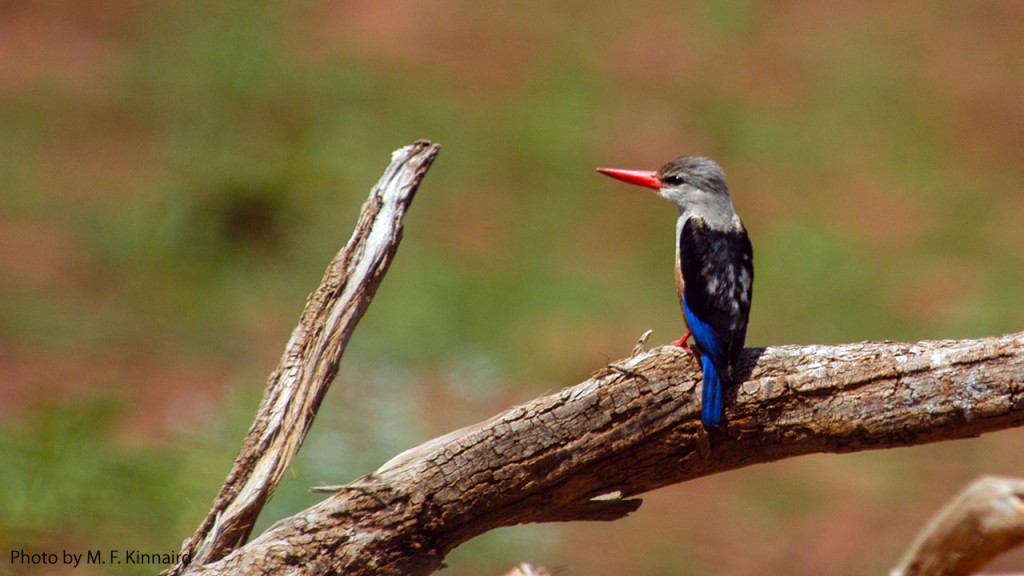 An exciting and unlikely sighting of a warthog and an African fish eagle battling it out marked the onset of the “short rains” —the season extending from October to December, here at Mpala, the home of African wildlife on Explore. A juvenile African fish eagle could be seen defending the catch of the day when a warthog sought to investigate what was on the menu even though it is a highly specialized herbivore, eating grass almost exclusively. In this dramatic sequence, a host of wildlife including impalas and a couple Grevy’s zebra were recorded in the background, perhaps cheering on the fight while having some dewy breakfast (the sequence begins at 12:43 in the video below).

The African fish eagles are kleptoparasites, meaning they steal prey from other birds. Usually, though, they hunt for live prey. They can nab a fish swimming about 5 inches (15 cm) beneath the surface. If it weighs 1 or 2 pounds (0.5 or 1.0 kg), the eagle can carry it aloft; heavier fish are planed across the water to shore. Male and female pairs often share what they catch. If the fish eagle has easy access to water, it may have to hunt for only about 10 minutes a day—except when they need to find food for their chicks.

Not too far from the thriving African fish eagle family, a grey-headed kingfisher was on the lookout for breakfast as well. While the eagles went for bigger fish and prey, their colourful neighbour sought out small fish, frogs, aquatic insects, crabs and tadpoles. She perched on a swaying branch, hoping the passing elephants would attract some insects, unmoving for a long period while she watched the ground for signs before diving on prey.

An equally colourful relative, the malachite kingfisher, perched on another twig nearby, above the slow flowing Ewaso Ng’iro river before making a quick dive.  A second later, it snatched a dragonfly for breakfast!

Meanwhile, across the river, a young hippo peacefully enjoyed the morning sun before she was rudely interrupted by a Nile monitor lizard. The monitor lizard quickly retreated upon reading the hippo’s mood, avoiding a confrontation. While the monitor lizard has a long neck, a powerful tail and claws, it is not a match for the hippos 3,300lb (1500kg) barrel-shaped torso and wide-opening mouth revealing large canine tusks. These animals co-exist, they are protective of their space, allowingtheir neighbours to be nearby but not too close.

For viewers on Explore, the next couple of months of the short rains promise an abundance of action, memorable sights and sounds from the home of African wildlife, Mpala.