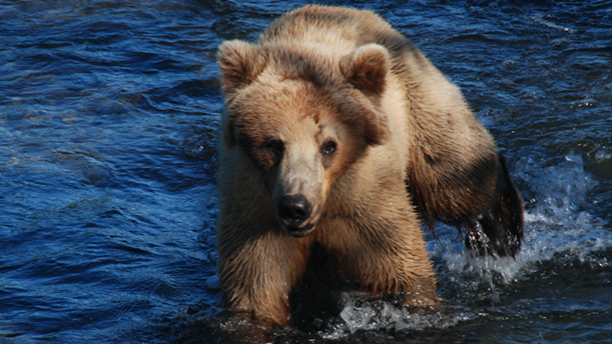 #130 was nicknamed Tundra when she was a yearling cub.

Personifying Bears: What’s in a name?

While watching the brown bears catch salmon on the Brooks Falls and Lower River Cams, viewers and even Rangers tend to personify the bears and attribute names to them. Katmai National Park Ranger Mike Fitz brings up a thought-provoking point, “(People) attach nicknames to frequently seen bears. Names undoubtedly alter the way in which we relate to an animal. For some people, a named bear (or one with ear tags or a radio collar) may seem less wild, and more pet-like, than an unknown counterpart. Names also carry meaning, intentionally or not.

What stigmas would you attach to a young bear nicknamed Fluffy versus a large male bear named Killer? How would those stigmas alter your experience when watching that animal?”