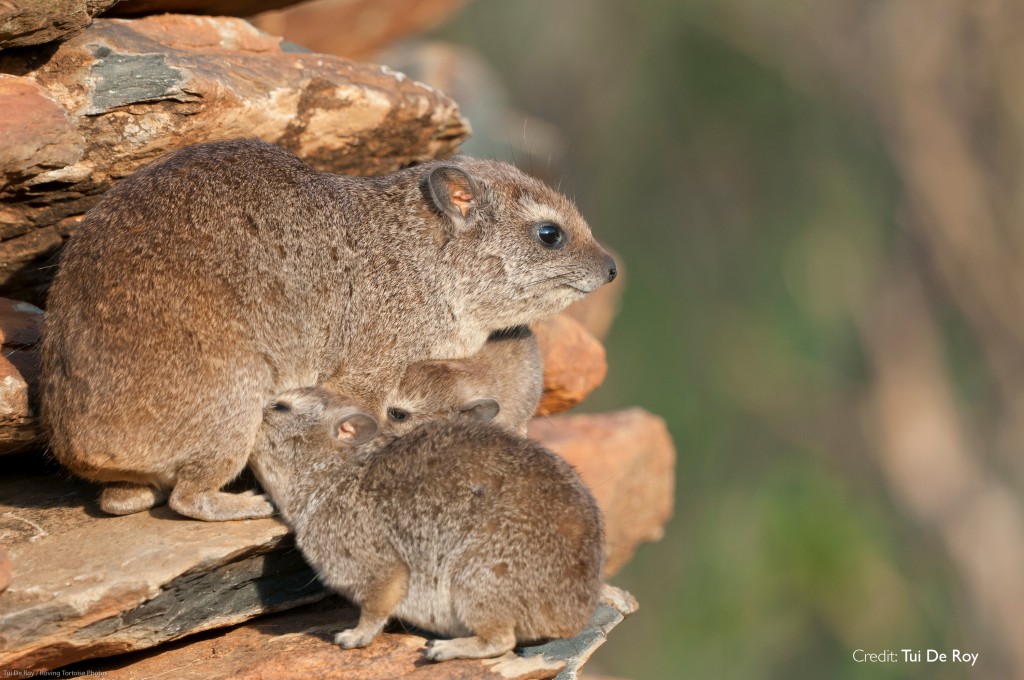 Kissing Cousins: The Hyrax and The Elephant

A guest at Mpala and visitors on Explore.org’s live camera streams will be forgiven for describing hyraxes as over-sized rodents. The fascinating creatures look like adorable fluffy, well-fed rats.  Looking at them, one might guess that they are somewhere between big rats and small-eared rabbits. However, research reveals that hyraxes are not rodents but in fact, are the closest living relative to elephants. The hyrax has similar teeth, toes, and skull structures to that of an elephant’s. 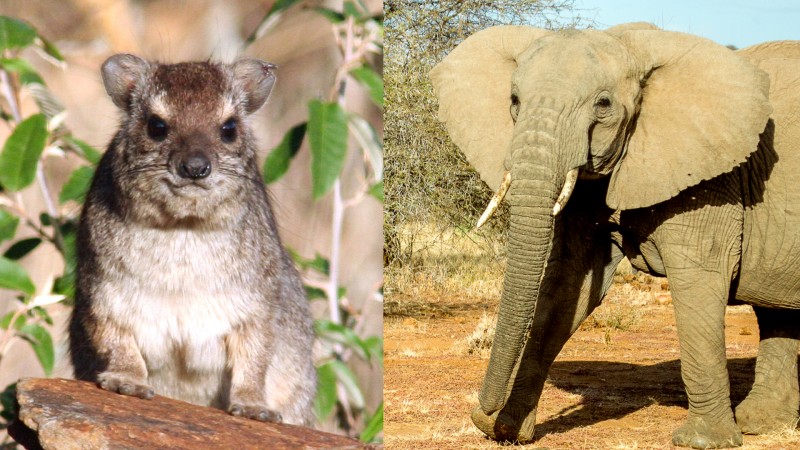 Close relatives – A rock hyrax and an African elephant

For most people, it is a big surprise when they learn of this close tie between the two species. While their evolutionary paths split millions of years ago, they remain close relatives sharing similar features including near perfect hearing capabilities.

At Mpala, they are among the most common animals. They will often be seen and heard around the office and on the live camera feeds on Explore.org. At sunrise, the animals huddle together on rocks warming up for the day. Hyraxes are agile climbers. Their padded feet make it possible to quickly climb trees and rocks. They make squeaky whistle sounds and sharp barks to call or warn other hyraxes of impending danger.

Following a 7.5 months gestation period, female rock hyraxes give birth to two or three offspring at a time. Their pups are well developed at birth and are capable of quick sprints shortly after. 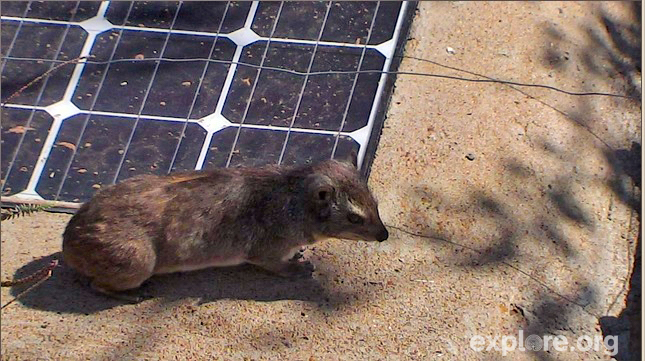 A hyrax rests on solar panels at Mpala

Rock hyraxes live in colonies comprising an adult male, differing numbers of adult females and pups. They live in holes on rocks with suitable cavities. Hyraxes are active during the day, and sometimes during moonlit nights feeding on grass, leaves, fruit, insects, lizards and birds’ eggs. 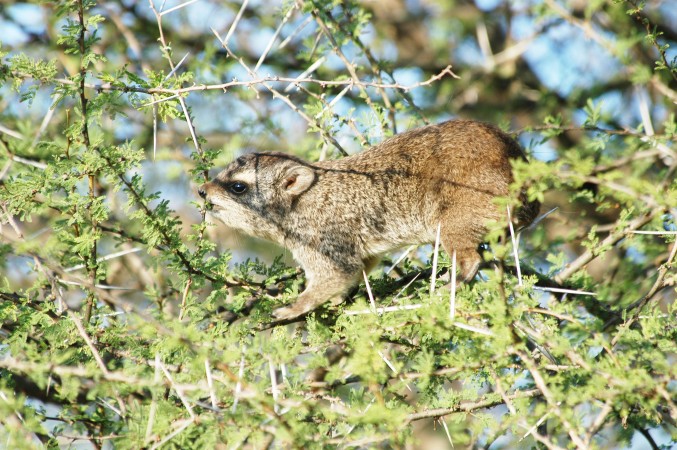