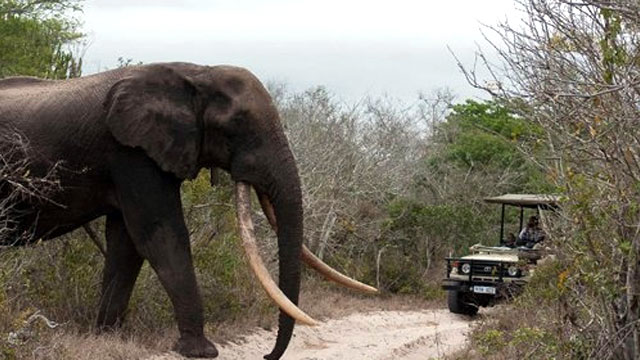 The Right of Way, Captured by Richard the Lionheart

Improve Your Memory with Elephant Facts

“As the world’s largest land mammal, elephants are incredibly powerful creatures, capable of completely altering environments by uprooting bushes and tearing down entire trees. Despite their strength, elephants are very dexterous. Using the nearly 100,000 muscles in its trunk, an elephant can use the tip of it to pick a single leaf off a branch.”

Elephants, unlike sleepy species like the polar bear, are very active and spend most of their time foraging food or otherwise bathing in water or mud. The rest while standing, but lie down for a few hours every night for actual sleep.

“Between 1960 and 1990, elephant populations in East Africa suffered a huge decline, as 85 to 98 percent of elephants were killed for their ivory. Despite these decimations, Tanzania and Kenya maintain a significant elephant presence. Today, there are an estimated 25,000 elephants in Kenya, though poaching continues to threaten this number.” Learn more from the Mpala Live Field Guide.

Read Stories from the Bush at Mpala Live here,