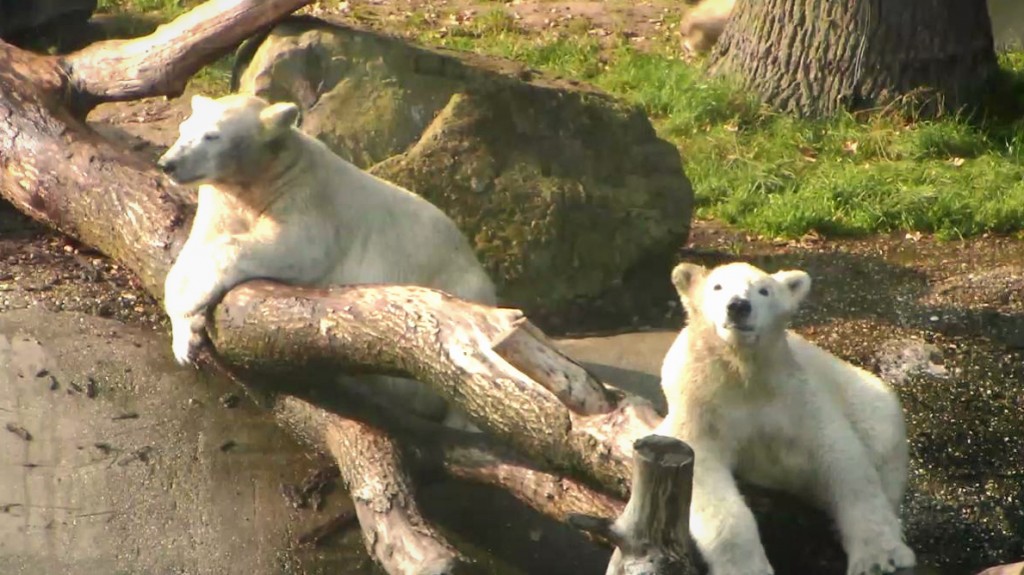 An Update on the Twins of Freedom

It’s a popular topic of conversation to marvel at how fast children grow up, but humans have nothing on polar bears!

The twins of mother bear Freedom, male Akiak and female Sura, were born in November 2014, weighing only about a pound each. In less than a year, Akiak is now 137 kg (302 lbs) and Sura is 97 kg (213 lbs)! This is likely because they are eating a lot of everything, including their first live trout which they caught after getting a lesson from mom.

The twins’ grandmother, Huggie, is now frequently in with the family. Everyone is getting along well, though Akiak sometimes challenges grandma; so far there hasn’t been physical contact.

The cubs will travel to a new zoo when they are about 1.5 years old, but their destination is not yet known.

freedom
Netherlands
Ouwehand
pbi
polar bears
1,693 October 13, 2015
← Follow us on Instagram to Win a Prize!
Ranger Mike on the Emotion and Resiliency of Bears →