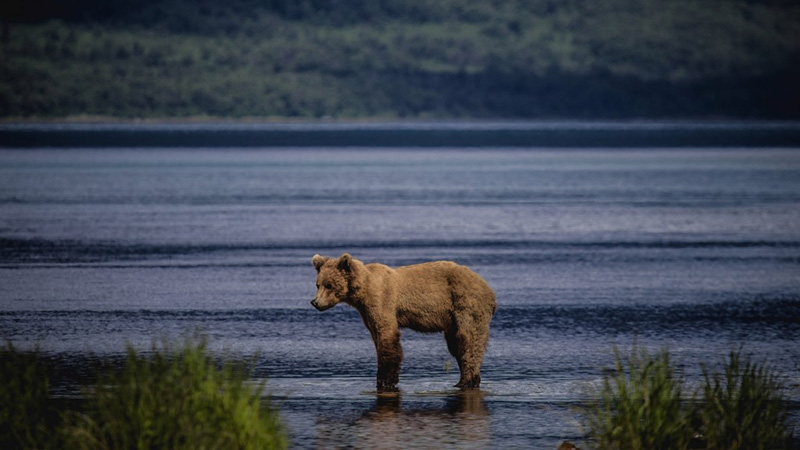 The Teenagers Of The Bear World

Recently I speculated that 435 Holly and her two cubs might go their separate ways. Since then, park rangers spotted Holly’s adopted cub, 503 Cubadult, wandering alone near the mouth of Brooks River. Neither 435 nor her biological cub were seen nearby. It appears that the Cubadult has become a subadult. He’s now begun a challenging journey that will test his instincts and survival skills.

Subadult bears are those who are independent of their mother, but have not yet fully matured physically or (as I suspect) mentally. They are the teenagers of the bear world. Katmai’s bears typically enter subadulthood in their third or fourth summer. While subadults are typically curious and more playful than adults, they also must establish their own home range and face stiff competition from adult bears. If they encounter their mother, not even she will cut her offspring any slack. (A few years ago, I watched 435 Holly charge 89 Backpack, her cub from a 2006 litter.)

It’s not easy to be a teenager nor is it easy to be a subadult. Subadult bears, like 503, rank lowest in the bear hierarchy. 503 only ranks higher than smaller subadults. At Brooks River, he may wander to the falls, but will not gain the same access to salmon as he did with his mother. Without mom to shadow and protect him, he’s much more vulnerable to attacks from other bears. Accordingly, most subadult bears avoid Brooks Falls. If they do approach, they often do so skittishly, hovering on the river bank or downstream and scavenging partially eaten salmon carcasses.

Subadult males are more likely to disperse away from their mother’s home range than subadult females. While several adult male bears at Brooks River fished there as cubs (i.e. 83, 89, 151, 274, 868), 503 might wander far from Brooks River. On that journey, if he finds enough food and space to survive, it’s certainly possible that we may never see him again.

503’s multi-year subadult journey could be risky and dangerous, but if his instincts and survival skills are up to the task, it may lead to a long life. Perhaps 503 will return to Brooks River and we’ll be witness to the next part of his journey on bearcam. Perhaps not, leaving us to only wonder about his fate.
EXPLORE the Complete – Brown Bear Live Camera Experience