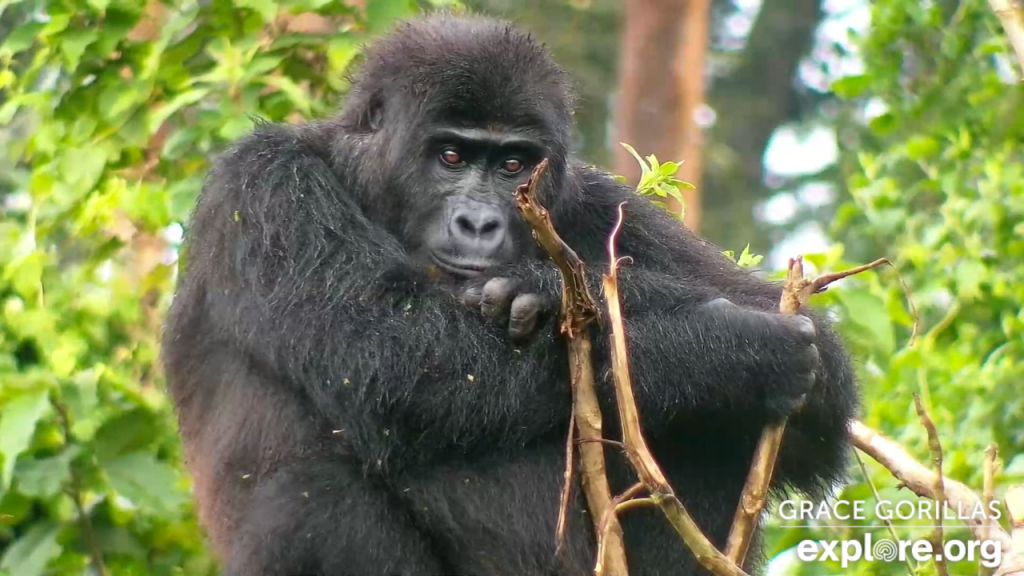 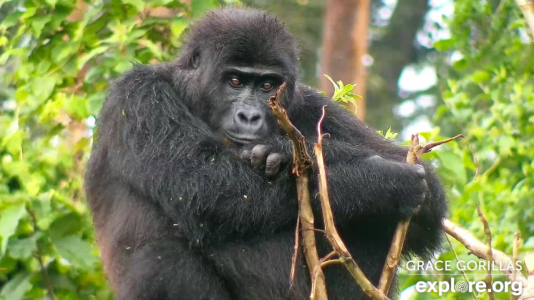 Last year, the GRACE Explore livestream came online for the first time, bringing a magical glimpse into the remote forests of eastern Democratic Republic of Congo (DR Congo). Now, you can head to the livestream any time, day or night, to watch the gorillas live in the forest or see highlights, when the gorillas have gone in for the night.

The livestream is available at the click of a button. But making that possible requires a lot of behind-the-scenes work from GRACE and Explore! The remote forests that make for perfect gorilla habitat are not so kind to sensitive camera equipment. Twice in the last year, camera or electrical parts were damaged during severe lightning storms.

Making the Gorilla Livestream a Reality

Complex logistics have been part of the project from the beginning. Before the camera launched in late 2019, the project setup spanned more than two years. This was due in large part to the complexity of logistics needed to deliver the livestream technology to GRACE and get it operational.

Parts were shipped from the US and Europe to Rwanda via Kenya, then across the border into the DR Congo. The end of the journey was perhaps the hardest part, as GRACE staff navigated the notoriously poor roads in our mountainous region in a truck with a container loaded with delicate equipment. Luckily, GRACE has some of the best drivers around!

On top of the transport issues and work preparing the site, the Ebola virus outbreak that began in August 2018 made it difficult to bring installers to GRACE to actually set up the cameras once they arrived. But with grit and determination, finally, the livestream cameras were installed outside of the two forest enclosures at GRACE, which encompass 39 acres of natural forest habitat.

In no time, we saw the joy that watching the GRACE gorillas brings to so many. We’ve heard from many of you directly, and seen a community grow around the gorilla livestream. In just one year, over 10,000 snapshots have been taken by viewers watching the cameras live! 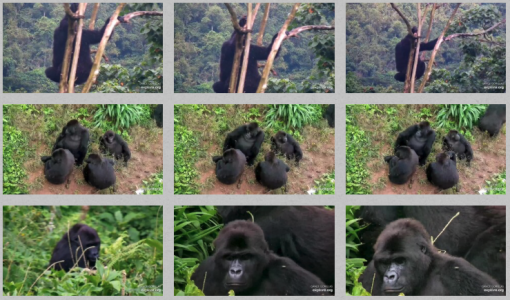 A selection of snapshots from the Explore livestream gallery.

Alas, the challenges didn’t end with camera setup. Twice during the first year of operation, the cameras were taken offline by severe lightning storms that damaged parts and other electrical equipment at GRACE.

After the first storm in February, DR Congo Director Jackson Kabuyaya Mbeke worked with Joe Pifer, Manager of Field Operations at Explore, to test and troubleshoot the problems. This required coordination across a 9-hour time difference and language barriers, due to the technical vocabulary involved. 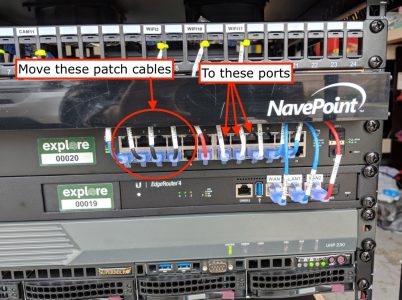 A visual aid from Joe Pifer used to explain next steps in the troubleshooting process.

With sustained effort on both sides, and making use of many photos and videos, the two were able to identify the problem. Repairs ultimately required bringing a technician to GRACE from Butembo, the nearest city – itself a 5-hour drive on rough roads – but creative problem solving and determination led to success.

In June, déjà vu came in the form of a second lightning strike. This time, the problem required shipping new parts and tools to GRACE. Getting supplies to GRACE is always a complex process, but new restrictions in place due to COVID-19 made this more challenging than ever. For weeks, Explore and GRACE teams tracked the shipment closely before finally ushering it across the border into the DR Congo and on to GRACE. Then the actual repair work could start!

Just before the gorillas rotated to their new enclosure at the end of August, we were able to bring the Explore cameras back online once again. And in September, local technician Alex Bahati, who performed the initial installation and has been key to keeping things running, performed system-wide maintenance. While the occasional issue still crops up, teams at GRACE and Explore, and viewers around the world, are happy to have the gorillas back online.

Thanks to the behind-the-scenes work of GRACE and Explore teams, we are back to peaceful mornings watching the gorillas.