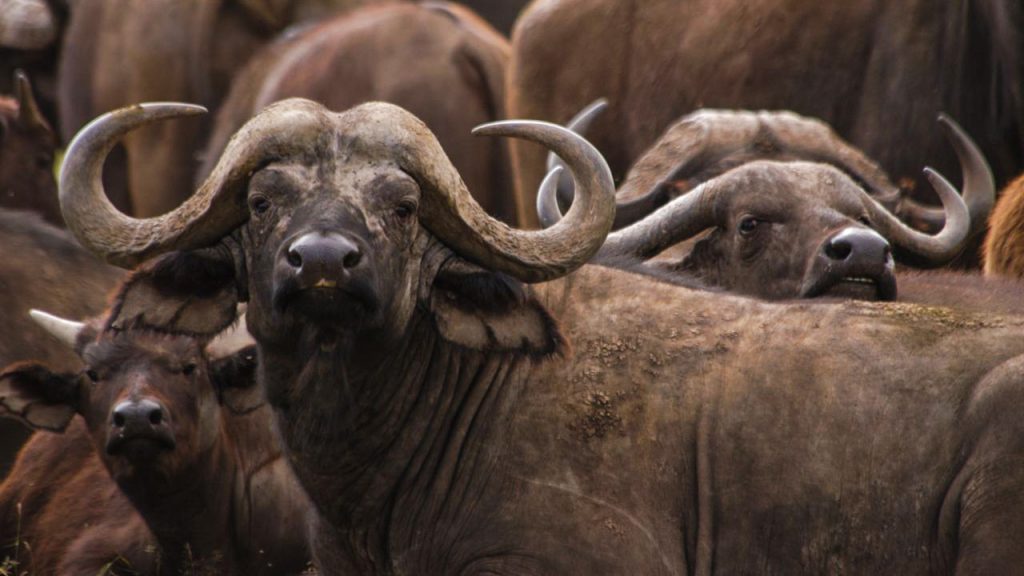 All About African Buffalo

Recently a healthy herd of African Buffalo has been sighted on the cams both at night and during the day. These magnificent animals can gather in herds of as much as 1,000. We’ve sighted a group of about 10 on the cams–which is impressive enough but I remember once seeing a herd of 50 or 60 and it was heart-stopping. African Buffalo is one of Africa’s “big five”—in addition to the lion, leopard, rhinoceros and elephant. 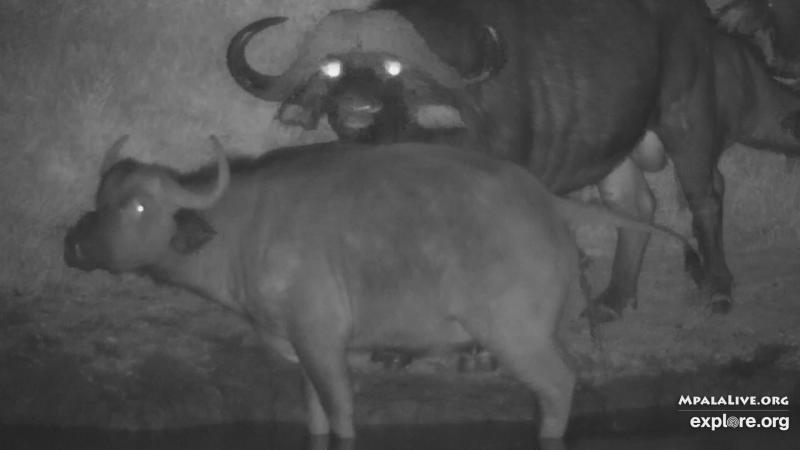 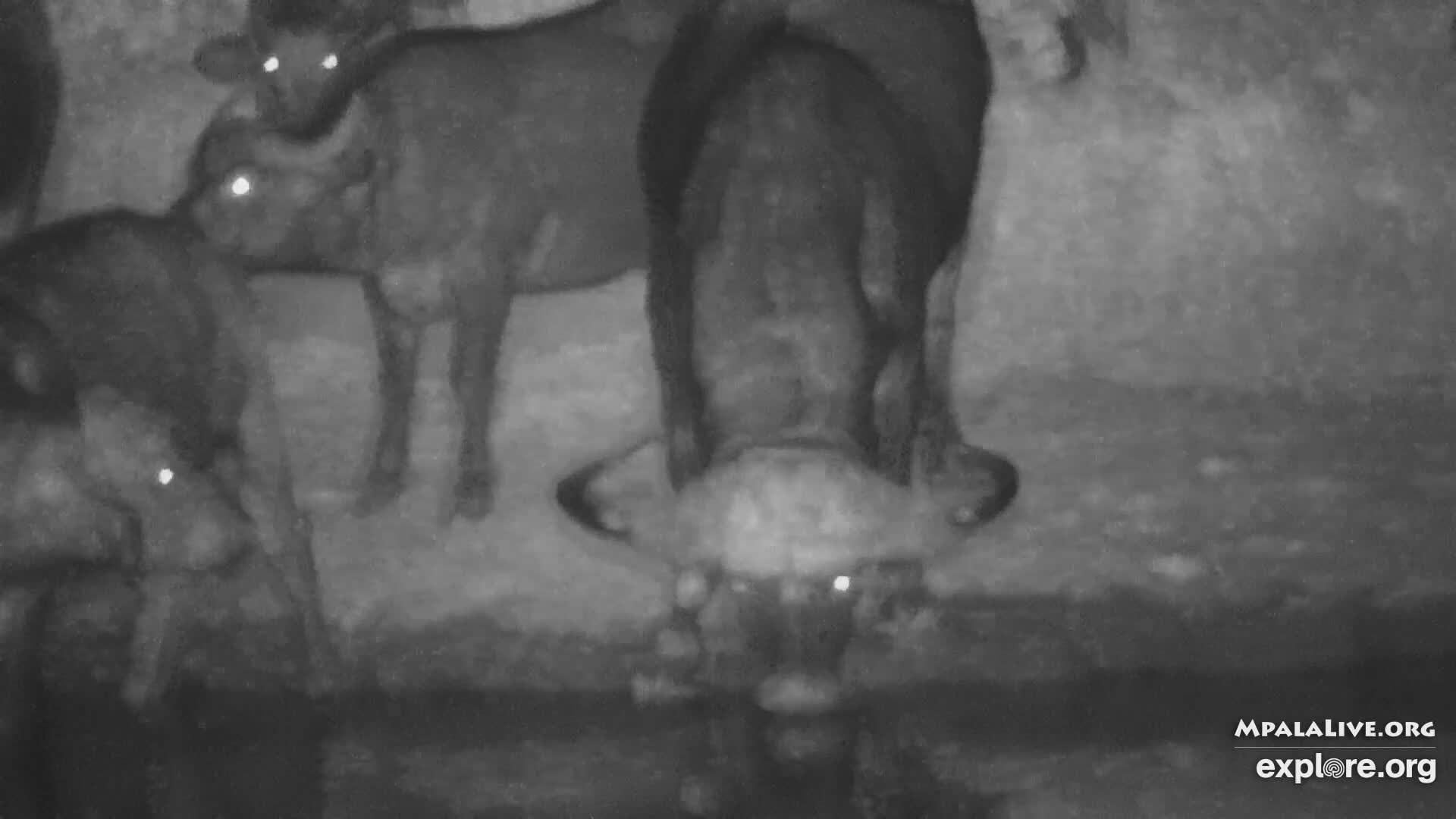 They weigh as much as 1,800 lb (850 kg) and stand about 5 ft (1.5 m) tall at the shoulder. It is considered one of the most dangerous animals in Africa. Both males and females grow large, deadly horns that they use as weapons and for defense. They have excellent eyesight, hearing, and a sense of smell that helps them detect the presence of lions, their greatest enemies. 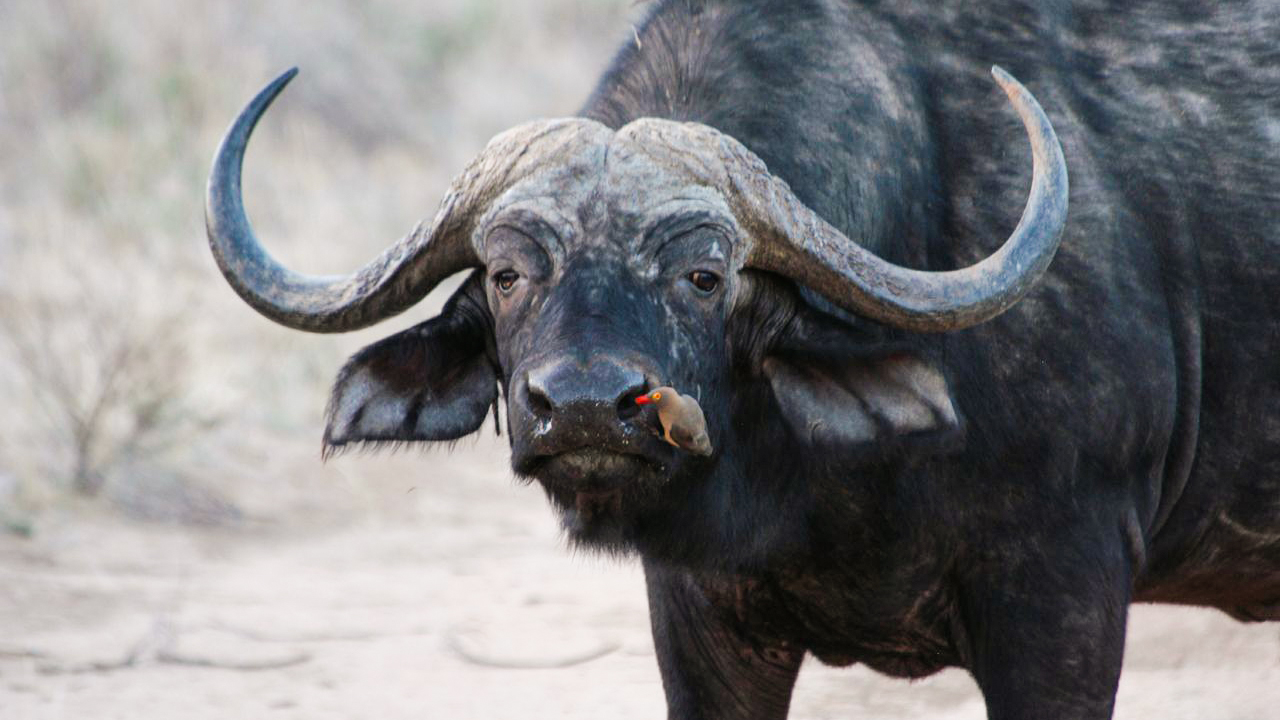 Their eyesight is so acute that buffalos often graze at night. In some areas, they are completely nocturnal.

Here are some more fun facts:

*It is so adept in the water that it can graze beneath the surface.

*They rely on water and have to drink at least every two days and generally consume 15 gallons (45 l) of water each day.

*Adult females determine where the herd will move by consensus. Each female “casts her vote” by standing with her head facing the direction she wants the herd to take. The majority opinion determines the outcome.

*The group also has “lead animals,” adult males or females that walk in front and direct the others when to stop.

*African Buffalo have never been domesticated, unlike their Asian counterparts, water buffalo. You can learn more about these fascinating creatures and find a photo gallery in the Field Guide: https://www.mpalalive.org/field_guide/african_buffalo