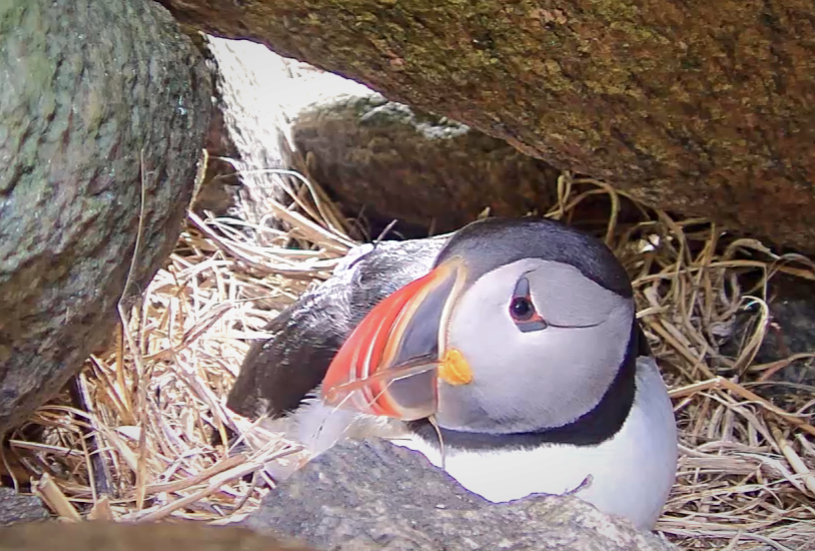 The Puffin Burrow Cam is live again, and a pair of puffin parents are taking turns incubating their egg! Both adults are banded, and we’re calling on all of you Citizen Scientists to help read the bands and identify the puffins!

Dr. Steve Kress, Director of Project Puffin, believes last year’s pair Phoebe and Finn have returned home to this burrow, but to confirm we’ll need an accurate identification. Each leg should have a band, one called ‘Bird Banding Lab’, which is a longer series of numbers. We suggest you try to locate the ‘Field Readable’ band. It’s easier to read and is a combination of two letters above and two numbers below. We’ll match these with the numbers we have one file.

The reason we’re asking for this instead of telling you the numbers is explained by Dr. Kress: “When we ask our interns to identify leg bands, we only tell them that there are two letters above and two numbers below, and then ask them to report what they see. That reduces bias, as some may imagine they see numbers. Knowing the number ahead of time can be suggestive.”

Post what you see on the bands in the comments section here, and help us confirm that our friends Finn and Phoebe are back!