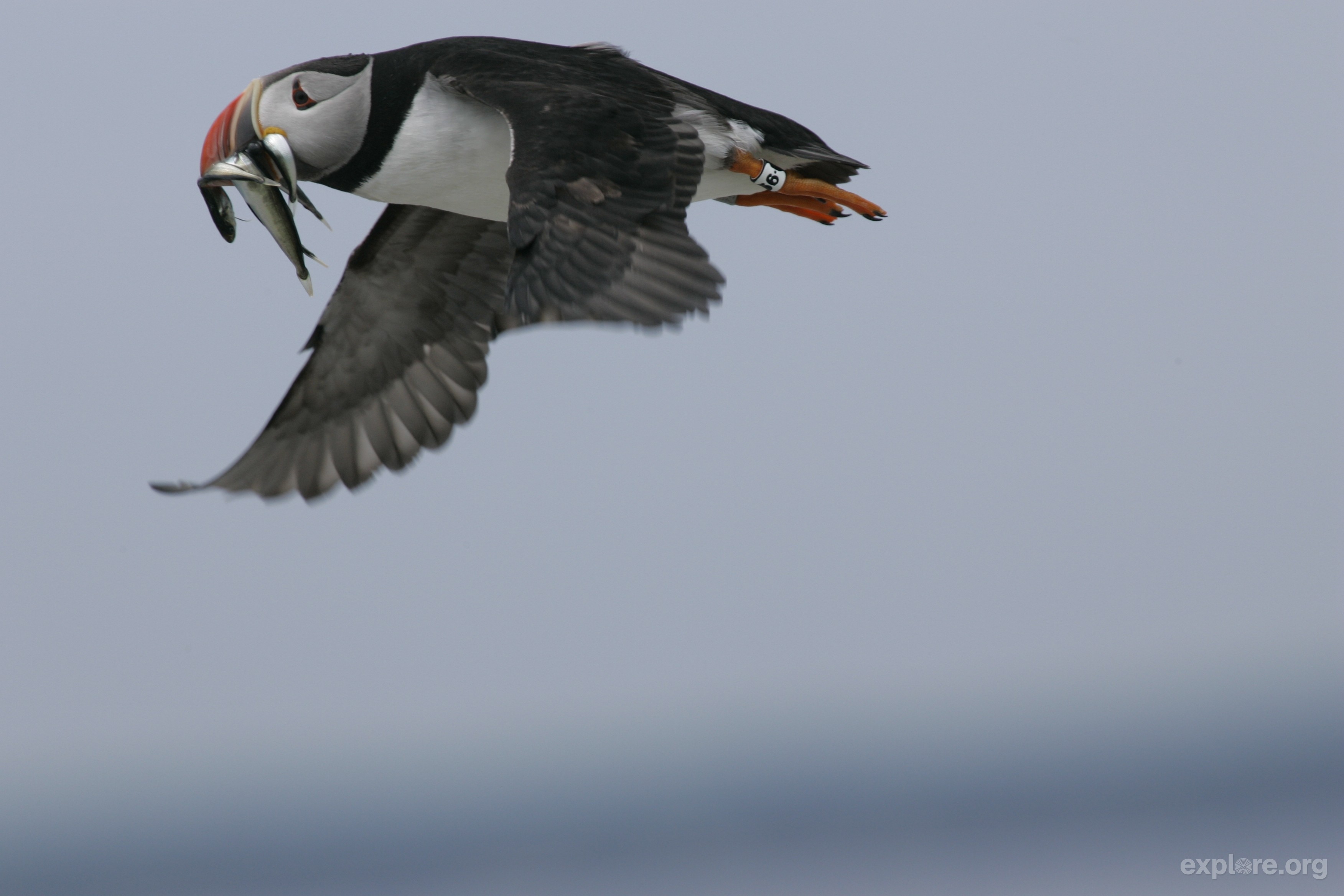 We received great news this morning from Project Puffin; the numbers are in and there’s been a fantastic increase in Puffin chicks fledging! From our partners at Audubon’s Project Puffin and Dr. Stephen Kress:

I am pleased to share some exciting news from the Maine Puffin islands. Following the past two difficult summers, where most Puffin pairs were unable to find ample food to raise chicks, the 2014 summer was a much improved season. Traditional Puffin foods, white hake, Atlantic herring, and sand lance made up the bulk of the Puffin diet this summer. Large butterfish (which are too large for Puffin chicks to swallow) were nearly absent in the diet of Puffins and terns this summer.
Because of the improved food that was available for Maine’s two largest puffin colonies, Seal Island National Wildlife Refuge and Matinicus Rock, 75% and 66% of the pairs respectively fledged well-fed and healthy young. This was a welcome return to normal nesting behavior. The improved food supplies brought many adult Puffins back to nest after taking a year or two off from nesting. This pattern led to the very exciting news that the Puffin colony at Eastern Egg Rock increased by a third from 111 pairs in 2013 to a record high of 148 nesting pairs in 2014! This excellent year for Puffins followed a moderation of the recent warm water trend. Following this past cold winter, the Gulf of Maine was somewhat cooler and this favored the Puffin’s favorite forage fish.

Join us now on the Loafing Ledge Live Cam and meet our fabulous feathered friends.