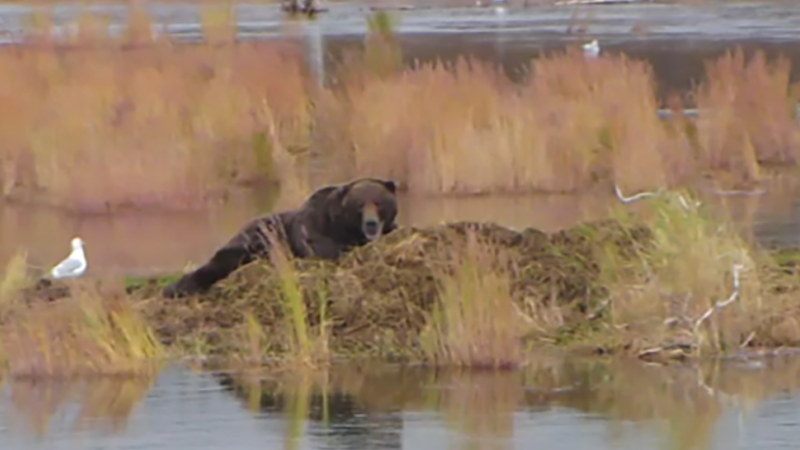 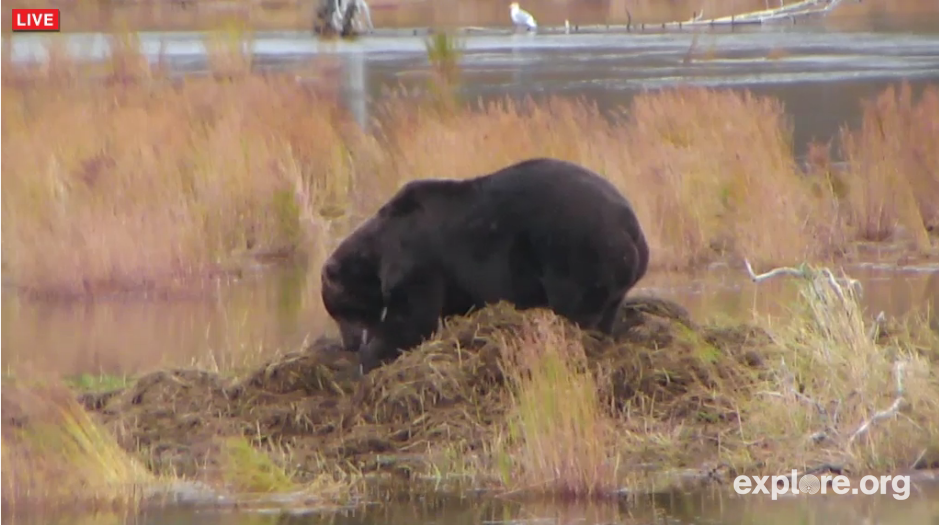 “My favorite moment was back in 2012, when we saw Lurch tending a cache for several days. The story had begun a few days earlier, when Patches (I think) had been observed on the cache. The cams went dark for the night, and the next morning, Patches was gone, Lurch was in his place, and the cache looked somewhat larger. Bear biologists confirmed that the remains of a bear were in the cache. All of us viewers concluded that Patches was the bear in the cache, courtesy of Lurch. This speculation was encouraged by Lurch’s less than peaceful record–he had been known to kill cubs and, I believe, had killed a sub-adult just a week or so before.
Several days later, Patches was observed live and well elsewhere, so it was clear that he’d only been run off by Lurch. I don’t think the identity of the bear in the cache was ever known, nor that of whoever put it there.
The non-scientific, over-imaginative part of me wanted to write a CSI Katmai story about how Patches, in retaliation for being ousted from the cache, faked his own death and tried to frame Lurch for it. The more rational part of me was just thrilled to see an actual cache, which I’d read about but never seen.” – Jeanette Koenig