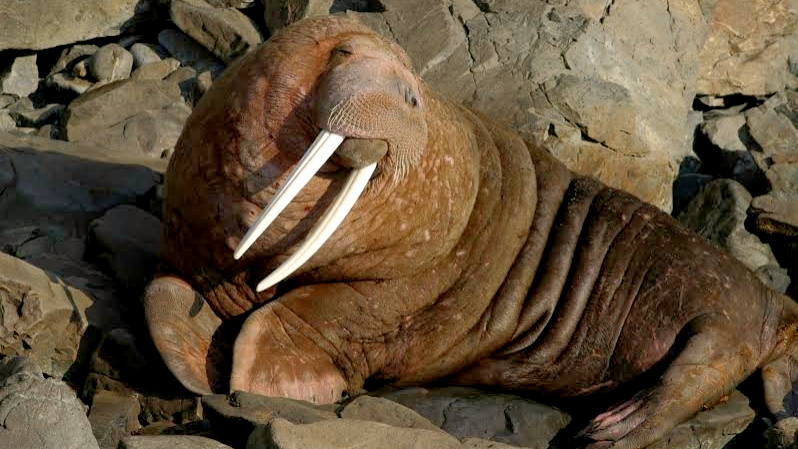 When Walruses Pass Away

Round Island, Alaska’s “Walrus Wardens” Ryan and Ben offer words of wisdom when it comes to the Circle of Walrus Life.

There are a number of possible causes of death for Pacific Walruses. They are sometimes preyed upon by killer whales and polar bears, although there aren’t any polar bears as far south as Round Island. When large groups of walruses are disturbed, they often stampede into the water, and individuals can be crushed. Walruses can also be legally hunted by Alaska Natives, and there is a managed hunt on Round Island in the late fall. And, like all other animals, walruses are vulnerable to diseases, parasites, and old age. Anecdotally speaking, in my time on the island, most of the dead walruses I’ve seen didn’t show signs of physical trauma; they appeared to have died of old age or disease.

Although they can be a disconcerting sight, it’s not practical for us to move the bodies of the dead walruses we see. Even if we wanted to, it probably wouldn’t be possible with the equipment we have on the island – at 10 feet long and three to four thousand pounds, they’re just too big and heavy! When it’s feasible, we collect the tusks, in order to make the island less attractive to ivory poaching. (The ivory we collect is auctioned locally to native craftsmen, and proceeds go to the Pacific Walrus Conservation Fund.) Otherwise we allow the tide to take the dead walruses away.”