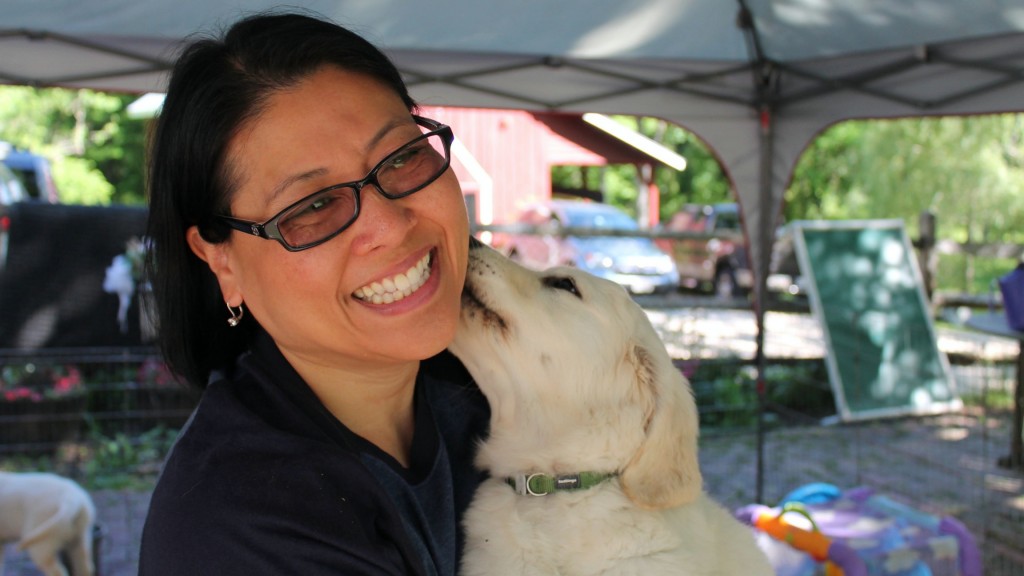 Warrior Canine Connection is getting into the Woofentine love fest! The organization enlists recovering Veterans in a therapeutic mission of learning to train service dogs for their fellow wounded Warriors. WCC volunteer Lily Wong submitted a few photos for today’s Woofentine Awards.

Lily tells us, “I love to photograph the pups. Here are a couple where I’m in front of the camera. And some with pups & very special people!” About the featured photo above: “Puppy Lily was named after Lillian Murphy, who was in the Navy Nurse Corp and awarded the Navy Cross for her distinguished service & devotion.”

Lily, Terry & Quail. Quail will be joining the West Coast WCC and I cannot wait to see him again!

Lisa Peace Fisher with Penny from Holly’s Half Dozen – hands down the best photo I took at Penny’s graduation in Oct. Lisa and her husband, Carl were Penny’s puppy parents who kept us all update with Penny’s daily adventures.

Warrior Canine Connection’s Cavit with his name sake Mr. Cavit. This was puppy Cavit’s birthday party. They have a very special bond. As Cavit opened his presents, he placed them with Mr. Cavit for safe keeping.

Thank you for sharing, Lily! Warrior Canine Connection is a beloved organization and we’re happy to share the good works they do. Stay tuned for the next featured Woofentine Award winners!