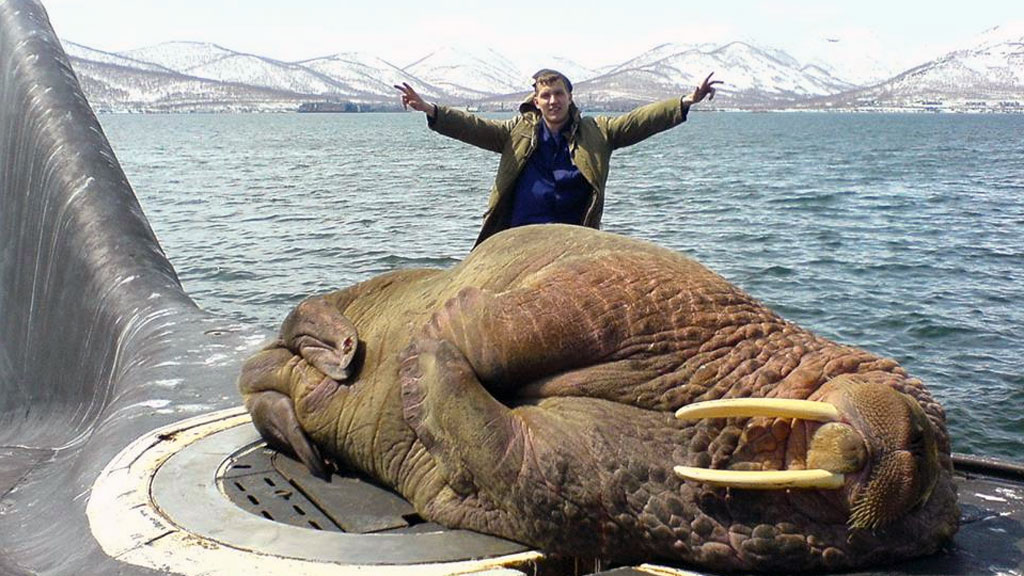 We hope you had a fun (and responsible) weekend, because when you take it too far you may end up like this walrus.

Some of the world’s most unusual snoozers, walruses can sleep on land or in water, slumbering on the surface of the ocean, on the seabed, or even using their tusks to hang onto ice floes.

Annnnnd, sometimes they end up atop a Russian submarine, catching some shuteye as seen in the above photo.  Apparently this is a common occurrence, blubbery behemoths taking naps on nuclear-powered sea-faring vessels. The walruses – sea lions, too! – take advantage of a partially submerged craft to haul themselves aboard and sleep in the sun.

It’s possible this walrus will wake up regretting Saturday night’s festivities. Though at least he got a ride home.