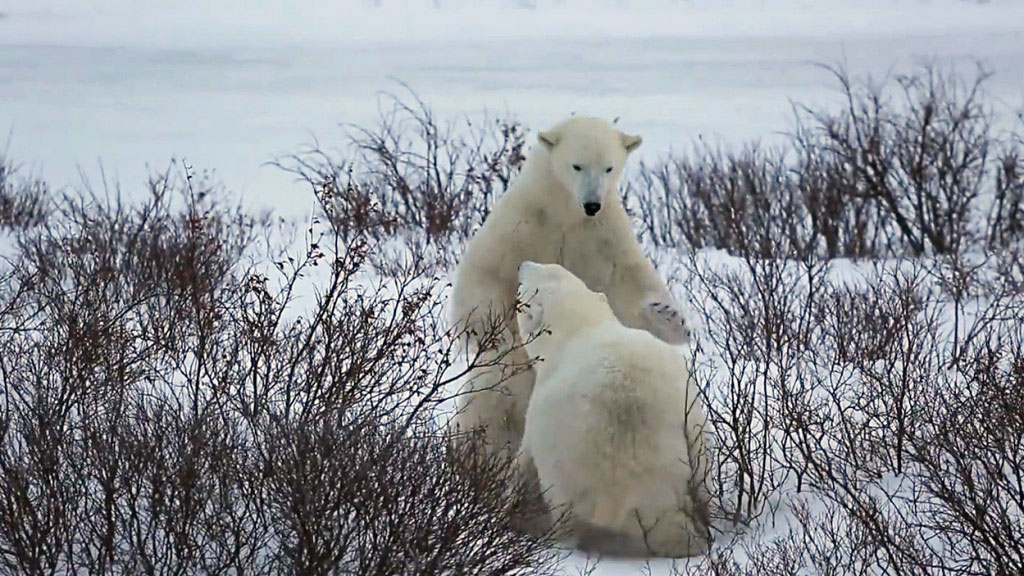 Tussle on the Tundra

Two polar bears were seen wrestling on the Arctic Tundra from our cameras in Churchill, Manitoba. While they were just play fighting without the vim and vigor of a real brawl, the activity will actually train them for the days when they mature and vie for the attention of a female.

Each fall, before the sea ice freeze on the Hudson Bay, thousands of polar bears meet up on the shores to await seal hunting season. They mostly lie low, conserving energy until they catch a blubbery snack. But hanging out in the willows, these two sub-adult polar bears roll, paw, claw, and bite playfully at each other. The activity is called sparring and it builds relationships between individuals and determines a hierarchy. It’s also good practice.

“Sparring can develop and enforce muscle movements for later in life when they are actually hunting,” said Tom Smith, an associate professor and research wildlife biologist in the Department of Plant and Wildlife Sciences at Brigham Young University in Provo, Utah. Check out the video: