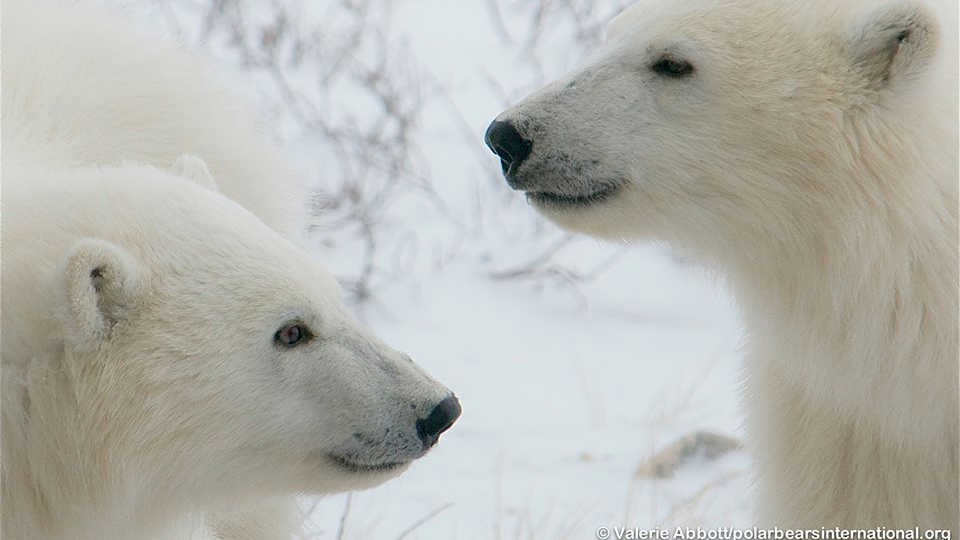 Travels to the Far East (of Hudson Bay)

Polar Bears International is back with another update on Aurora and her two cubs!

For those that are new to following Aurora, she is a young female polar bear from the Western Hudson Bay population. A GPS collar was put on Aurora last fall in order to follow her and her cubs’ movements throughout the year, something that would be impossible without technology. Tracking polar bear movements can inform scientists about how to better conserve these animals and can give great insight into polar bear ecology.

Over the last few weeks, Aurora has not moved much based on her Bear Tracker movements- since our last update, she and her cubs have only moved about 18 km (11 mi). However, it’s important to remember that we are only seeing one location a week and Aurora might be moving around quite a bit but only within a small area. She also seems to be intent on heading toward Quebec and has not decided to return home yet. On the Bear Tracker, Aurora is still the easternmost and southernmost bear and shows no sign of giving this position up.

We’ll check in again in a couple weeks and see where this family has decided to go next!

While the Polar Bears are off hunting seals for the winter, please enjoy these highlights from Polar Bear Season