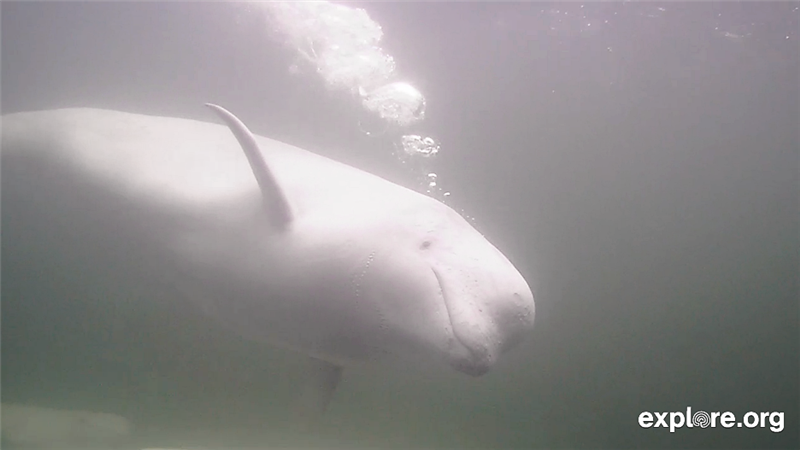 When a BBC Frozen Planet film crew set up a tower to film beluga whales in Arctic waters, they didn’t expect to infringe on their beauty regiments. The whales, whose skin softens in the warmer waters where the tower was set up, used the tower to somewhat violently slough off dead skin! Read the full story here.

Beluga whales return to the Churchill River estuary every summer to feed on the large schools of capelin and to give birth to the next generation of whales. From our Beluga Whale Boat Cam and Underwater Cam you can see all their secrets live and up close.

Beluga Mom and Baby from CamOp_Greg