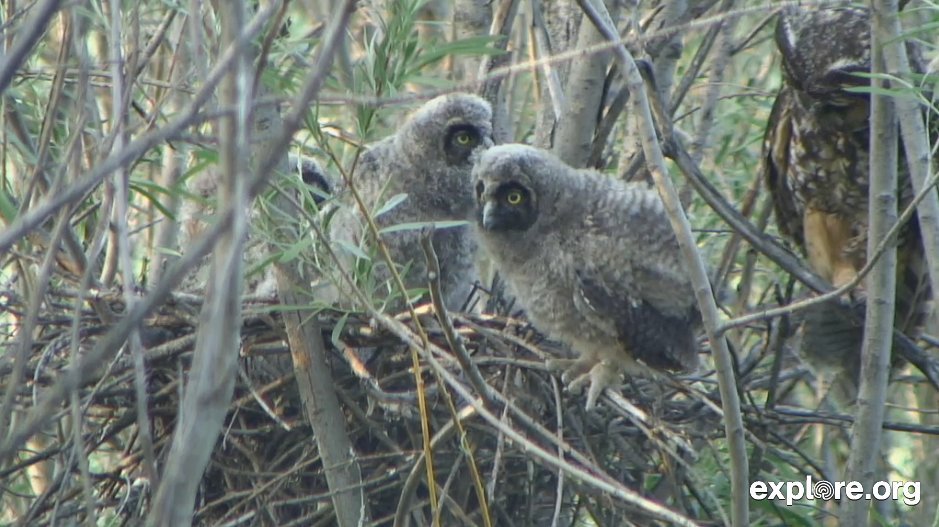 The Long-eared Owlets are almost as big as mom! These Owlets were found around May 28th and likely hatched a few days prior. They are approximately 2 weeks old now. In the coming two weeks they’ll be hopping on branches and testing their wings.

The chicks will change their white of the natal or first down plumage to a more gray colored second down plumage, which is also when their juvenile flight feathers will also start to develop. Before they are capable of flight, chicks leave the nest and disperse among nearby branches. Chicks begin their first sustained flight around 35 days after hatching.

Watch all the action on the live LEOW Cam here!