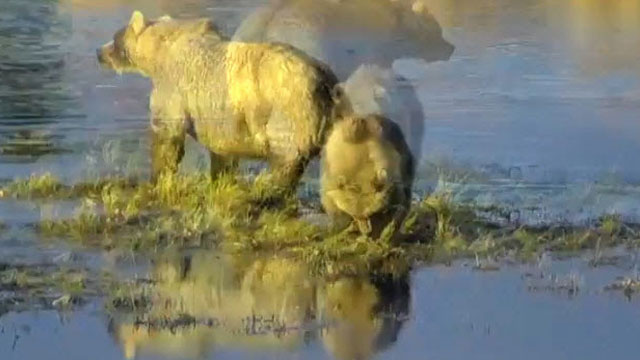 Suzie/CamOpEle was inspired by Holly and her biological cub from the Brown Bear Cam. An accident in taking a snapshot led to an image of the future and this poem by Suzie.

Suzie writes, “When I froze the image and took a pic with my Snagit program, the double image appeared. I kept looking at it, thinking it looked as if the liitle cub had grown in the double exposure and Holly’s double exposure image looked like she was leaving. I wrote this poem trying to imagine what Holly would feel and say to her cubs about having to leave them.”

Does the #BearCam inspire you? Tell us about it in the comments below.