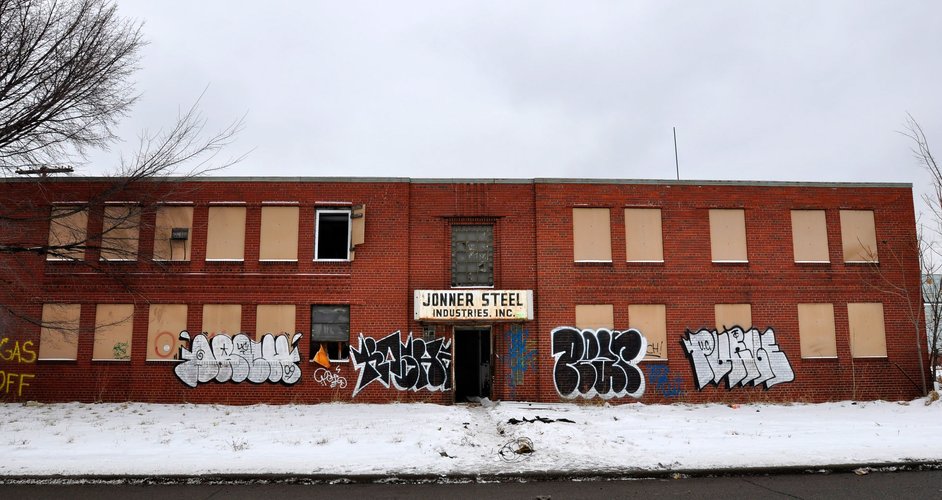 What was once Jonner Steel

Once the fastest growing cities in the United States, Detroit is now shrinking rapidly, a third of its residents having abandoned their town. Explore.org founder Charlie Annenberg traveled to the Motor City of famed but former glory and found life and renewal growing from the decayed ghost town. You can watch a short film about his experience in “Detroit – the Renaissance of America.”

Charlie discovered that in the midst of bombed out houses and the hollow shells of factories, the American dream is slowly gaining ground again, re-birthed through the works of modern innovators like Yusef Shakur, a former gang member who turned his life around and inspires others to do the same. During their stay in Detroit, the film crew got a number of breathtaking and haunting still photos of the seemingly vacant neighborhoods and the life springing forth from within.

Check out more shots from Volume 2 of the Detroit Renaissance.