Leo from the home gang

You folks in the northern part of the country are probably laughing at us down here in the south over these past couple of weeks. We have a couple of little bitty snow events (in our defense, there was a bit of ice mixed in) and the whole place comes to a stop. Last week, we had a short period of ice followed by a dusting of snow. Schools were closed, some of us couldn’t make it to the Sanctuary, it was a mess. Here in TN, we get probably an average of one snow event a year (none last year, two the year before). It’s not worth preparing for. Our roads are steeper than roads in the north, with fewer guardrails and we don’t have salt crews or plows or any of those snow related things, except for the state roads and interstates and even that is not instantaneous. Many of us who work at the Gardens live on secondary, neighborhood doors and were simply not able to get here these couple of snow days. We do have snow plans, and we are refining them as I type this. 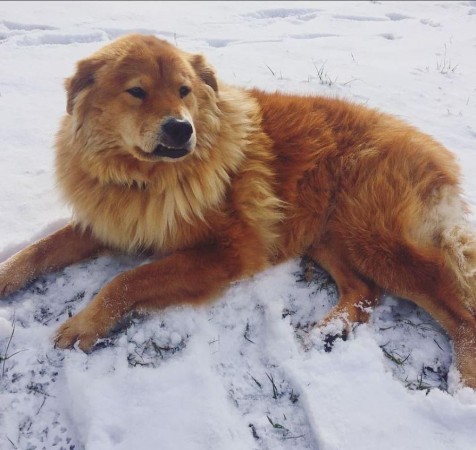 Chanel in the snow

We thought we were past the hump, when, on Monday, along came another storm, this one with a bit less ice, but a few inches of snow. This presented an even bigger problem for many of our staff as the temperatures dropped even lower than before and the snow wasn’t going anywhere. Snow and temps in the single digits and teens are not what we are prepared for here in TN. RJ and Roger held down the fort with volunteers Amy and Joni on Tuesday and finally, on Wednesday, more of us were able to get in. Both nights, our Old Friends went to bed early so that our staff could get home safely.

We are now getting back to normal with temps rising into the 40s and 50s for the foreseeable future. We’ll made it through just fine but, on all of our minds is one question….. “When’s Spring?” 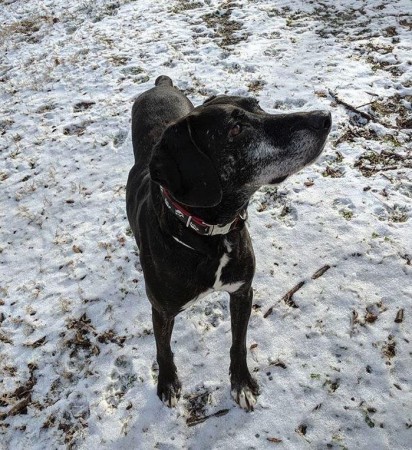 Maverick asks “What is this stuff?”