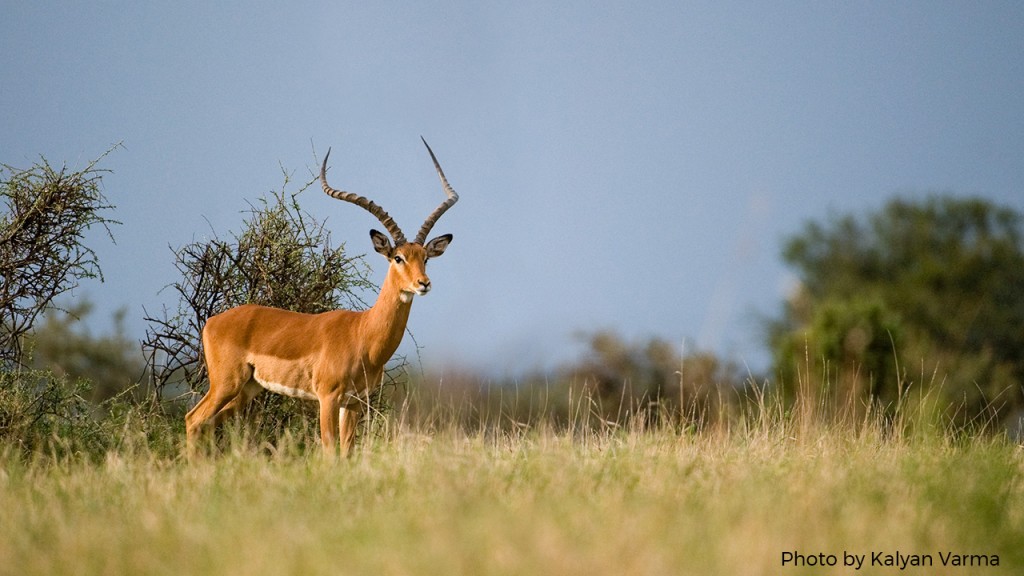 Impalas are among the most successful animals in the savannah. Their numbers tell a story of resilience and survival. For every mature Grevy’s zebra or reticulated giraffe in the grassland, savanna or shrubland, there are at least 2000 impalas. Although a popular menu item for most carnivores, they still thrive and grace the plateau with their rich golden brown coats.
Superficially, the impala looks similar to other antelopes, but the dark stripes down the back of the thighs and the structure and shape of its horns set it apart (check out this short video for a montage of all our grazers and browsers).

“Nearly every image we captured during our Grevy’s zebra count during the Great Grevy’s Rally earlier this year, we had some impala’s in the background,” says Rosemary Warungu of the Zebra research project based at Mpala. IUCN estimates that there are at least 2 million mature individuals mainly distributed across Eastern and Southern Africa.

Impalas are gregarious and form herds ranging from 6 to 50 individuals or more. One territorial ram characterised by slender, lyre-shaped horns, 18–36 inches long (45–92 centimetres) rallies a harem of up to 50 or even more ewes and defends them from other rams. 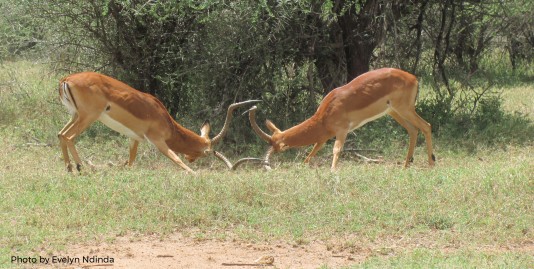 “He must truly be the King!” cam operator Evelyn Ndinda says of the territorial ram whenever she is out on a game drive with school pupils drawn from various local schools during educational visits to Mpala.

It turns out that our name “Mpala” was, in fact, Impala but a typo during the registration of the property ended up short of one letter. Mpala’s organizational logo depicts an impala inside a gourd, a common feature in nearly all pastoralist homesteads. The gourd is used as a vessel during milking and storage.

“Hi guys! This is a common Mpala greeting by researchers whenever they encounter an impala bachelor herd,” Evelyn jokes about the isolated males. “Males separate from the breeding herds and join other male impalas to form bachelor herds,” Evelyn says as she wraps up a school tour.

When an impala male confronts a ram in a breeding herd, a fight is inevitable. The winner takes it all and stays with the females. During the fights, some rams can be seriously injured and often killed. During these rutting and mating seasons, rams can be heard day and night making loud snorts and grunts. When frightened or startled the whole herd starts leaping about to confuse their predator. Impalas can jump distances more than 30 feet (10 metres) and 10 feet (3 metres) high. At Mpala, there is an ongoing contest to photograph airborne impalas. 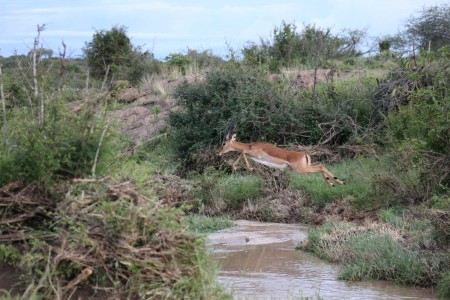 Impala leaping by Valerie May

On the live cams, impalas are some of the most commonly sighted animals. They have been recorded running from a lone hyena and the occasional visit by a leopard.