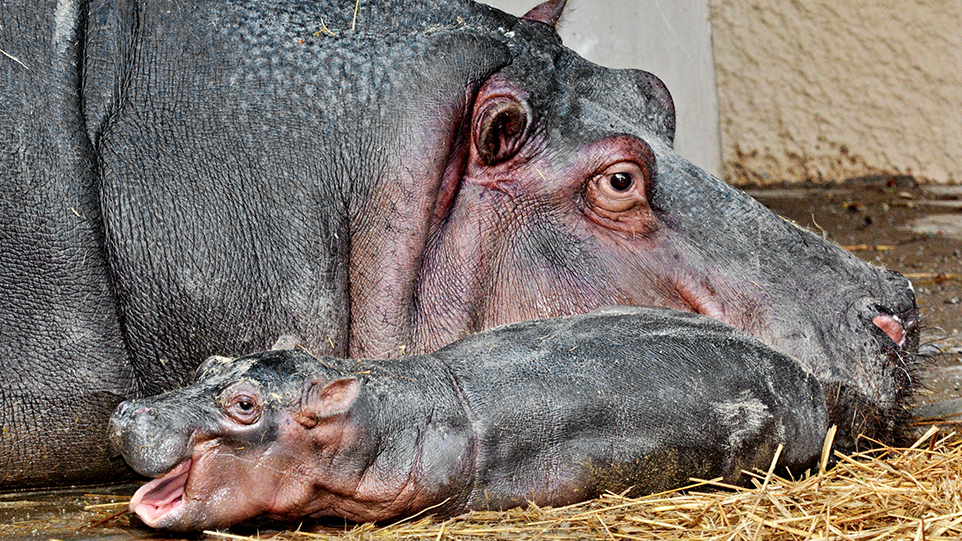 Los Angeles Zoo Gets a Halloween Bundle of Joy

Los Angeles Zoo and Botanical Gardens got a bundle of joy on Halloween with the birth of a hippopotamus. The calf, who has not been named yet, came as a surprise for both the guests and zoo staff. According to a press release, Mara, a 10-year-old hippo who arrived in Los Angeles late last year, was on birth control. Mara was showing symptoms of a pregnancy, but the staff, who lacked the tests to confirm it, suspected that she would give birth later in November.

Mara went into labor Friday afternoon and the delivery took two-and-a-half hours, so visitors were able to witness the event. It is a momentous occasion for the Los Angeles Zoo, as it’s the first time in 26 years that a hippo has given birth there. The sex of the calf has yet to be determined. Staff are waiting until they can separate the baby from its mother for an examination.