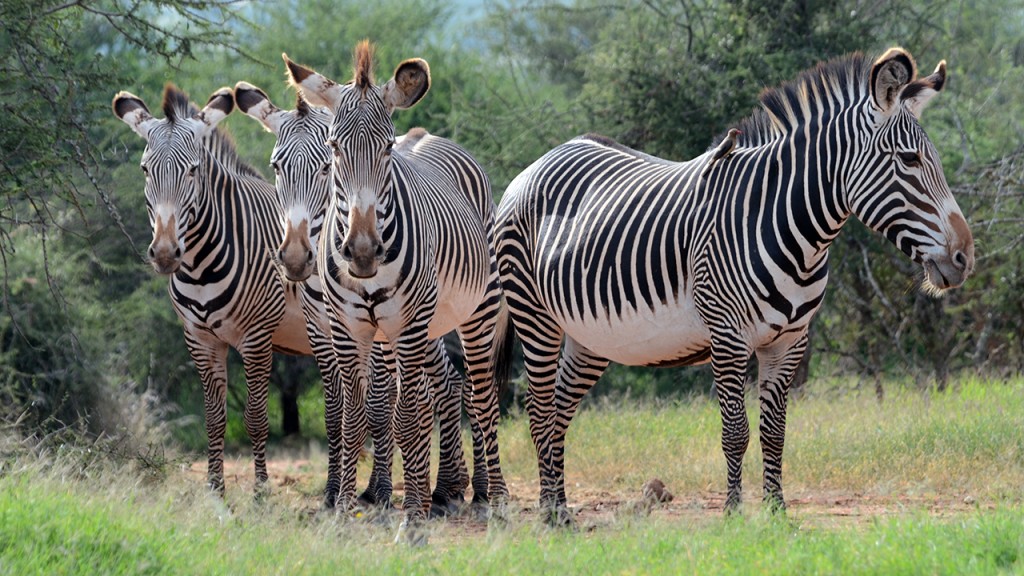 Dan is one of the most studied and knowledgable Grevy’s zebra experts in the world, and heads several projects around Grevy’s at Mpala (read more about Dan below). You can chat with him on the African Lookout Cam here this coming Wednesday. Enter your questions in the comments section here, and join the Q&A with Dan and other explore.org viewers.
Fast Facts on Grevy’s Zebras:

Here is more on Dr. Dan Rubenstein and his work with Grevy’s:

Dan Rubenstein is a behavioral ecologist who studies how environmental variation and individual differences shape social behavior, social structure, sex roles and the dynamics of populations. He has special interests in all species of wild horses, zebras, and asses, and has done field work on them throughout the world identifying rules governing decision-making, the emergence of complex behavioral patterns and how these understandings influence their management and conservation. In Kenya he also works with pastoral communities to develop and assess impacts of various grazing strategies on rangeland quality, wildlife use and livelihoods.

Specifically, he has developed a scout program for gathering data on Grevy’s zebras and created curricular modules for local schools to raise awareness about the plight of this endangered species. He has recently extended his work to measuring the effects of environmental change, including issues pertaining to the global commons and changes wrought by management and by global warming, on behavior.

Rubenstein is the Class of 1877 Professor of Zoology and Chair of Princeton University’s Department of Ecology and Evolutionary Biology. He received his Bachelors degree from the University of Michigan in 1972 and his Ph.D. from Duke University in 1977 before receiving NSF-NATO and King’s College Junior Research Fellowships for post-doctoral studies at Cambridge University. As the Eastman Professor, he spent a year in Oxford as a Fellow of Balliol College.  He is an elected Fellow of the Animal Behavior Society as well as the American Association for the Advancement of Science, and has received Princeton University’s President’s Award for Distinguished Teaching. He has just completed his term as president of the Animal Behavior Society.

See more on the Grevy’s zebra in these short films. See you Wednesday!