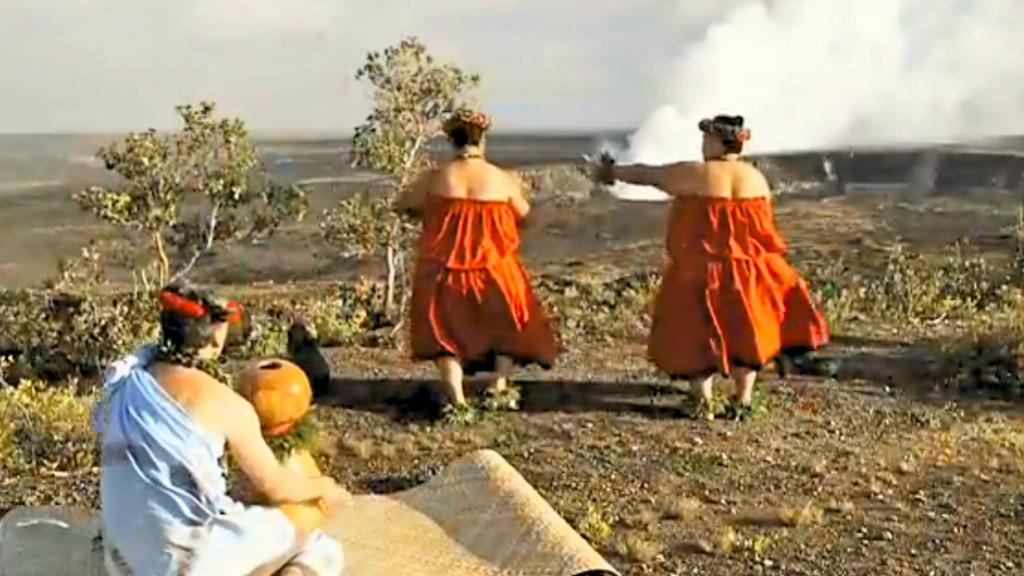 In this short film, climb to the top of a volcano and sit down for a holy concert.

On the Big Island of Hawaii, standing on the rim of a volcano, local Hawaiians cast their voices over the land with traditional chants, paying homage to the very force which created the islands.

Kīlauea is the youngest and southeastern most volcano on the Big Island of Hawai`i. Topographically Kīlauea appears as only a bulge on the southeastern flank of Mauna Loa, and so for many years Kīlauea was thought to be a mere satellite of its giant neighbor, not a separate volcano. However, research over the past few decades shows clearly that Kīlauea has its own magma-plumbing system, extending to the surface from more than 60 km deep in the earth.

Kīlauea is the home of Pele, the Hawaiian volcano goddess. Hawaiian chants and oral traditions tell in veiled form of many eruptions fomented by an angry Pele before the first European, the missionary Rev. William Ellis, saw the summit in 1823. The caldera was the site of nearly continuous activity during the 19th century and the early part of this century. Since 1952 there have been 34 eruptions, and since January 1983 eruptive activity has been continuous along the east rift zone. All told, Kīlauea ranks among the world’s most active volcanoes and may even top the list. (USGS)

Learn more about Pele and the history of Hawaiian religion and culture here.