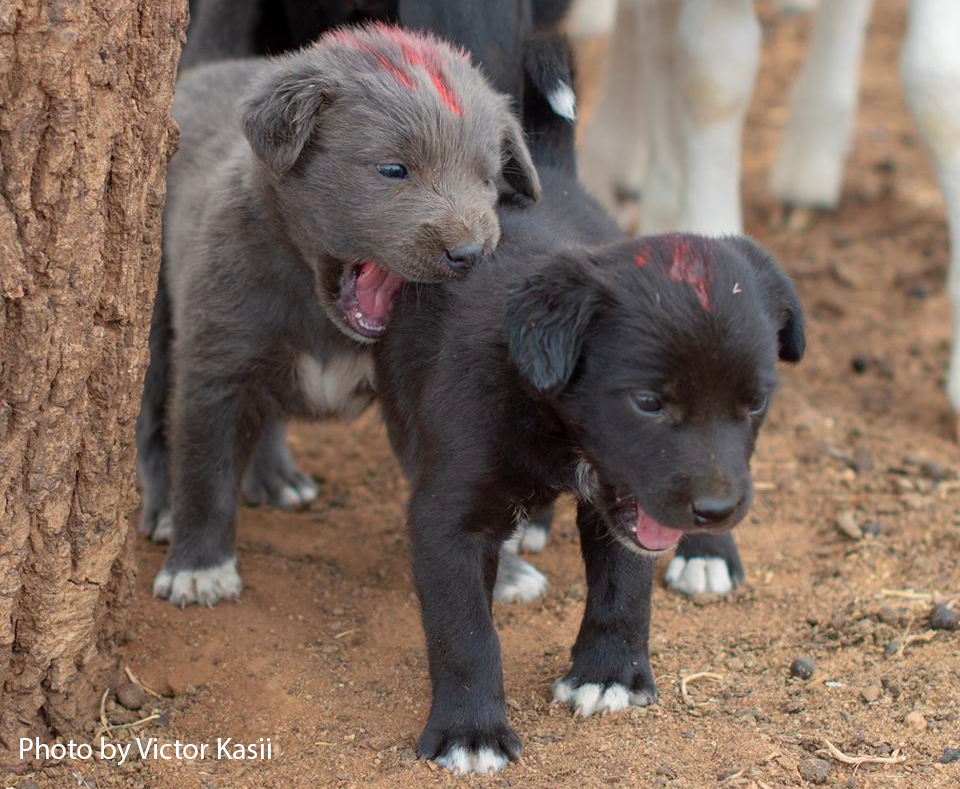 A frail-looking domestic dog was recorded on the Explore.org live cameras at Mpala swimming downstream before finding relief on an exposed rock metres away from the steep river bank. This may have been an attempt to get across, perhaps away from imminent danger. With the nearest human settlement miles away, it remains unclear how the dog ended up in the water. In this tense and dramatic sequence, the dog narrowly escaped the clamping jaws of an angry hippo, not amused by the sudden appearance of a stranger right in the middle of the Hippo Pool.

Fortunately, the dog survived the encounter. But not before being pushed off the rock, swimming across the river and still having to leap onto another rock when the angry hippo gave chase. While many stories are told of hippos facing off with other animals and humans, this particular incident is unlikely in a wild setting such as Mpala. Eventually, the dog found a momentary resting place on a wider and safer rock.

Looking at this incredibly close shave, one can only hope that the dog went on to survive the harsh realities of the bush. 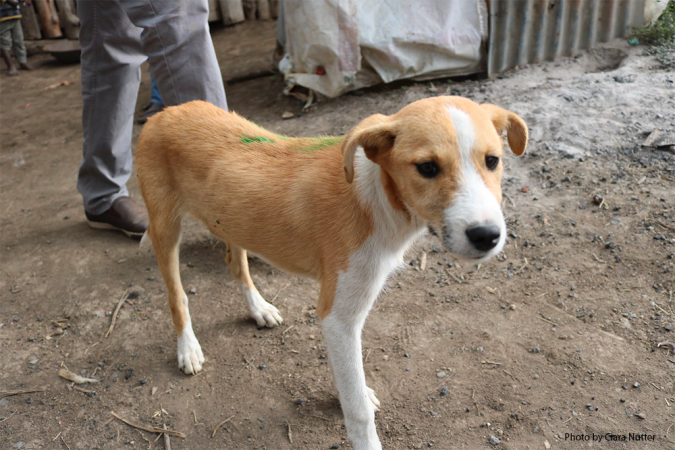 A domestic dog in Laikipia

Meanwhile, in its fourth year, the ambitious Laikipia Rabies Vaccination Campaign (LRVC) is coming to a close this weekend. With a goal to vaccinate over 10,000 dogs & cats in order to eliminate rabies in Laikipia County, the LRVC’s grassroots effort that relies on volunteer veterinarians, students and donors, has since surpassed the 10,000 target. 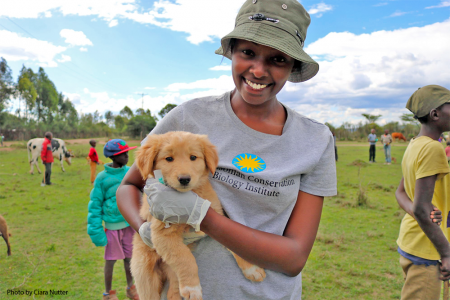 Dr. Maureen Kamau is all smiles during the ongoing Laikipia Rabies Vaccination Campaign.

You can help our Mpala’s goal to eliminate rabies become a reality by donating at give.classy.org/lrvc or through MPESA (Paybill Number: 310066 and Account number: LRVC 2018). 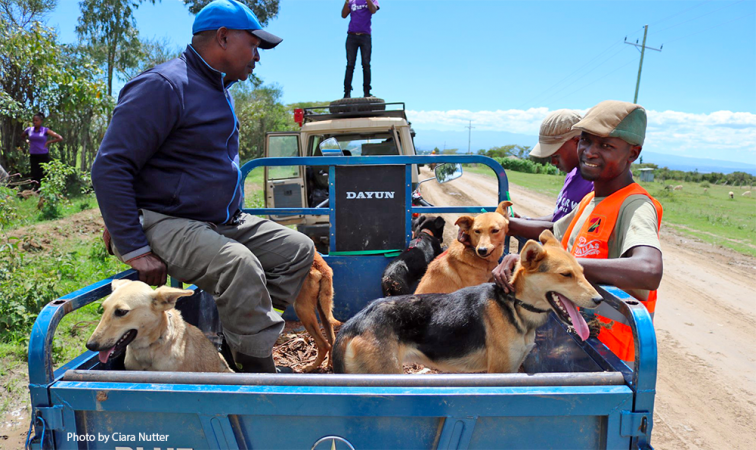