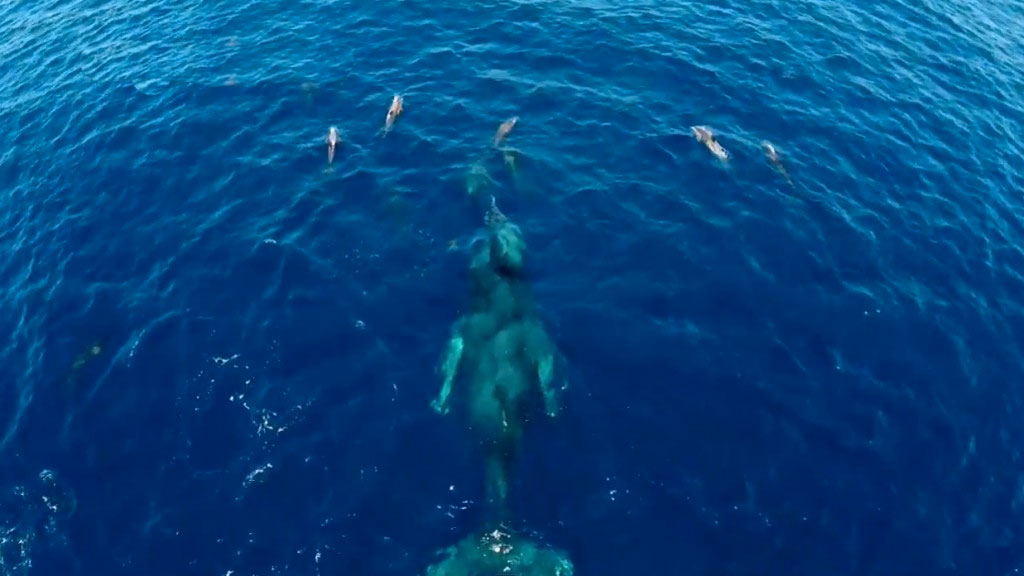 Over the course of a few recent months,  Capt. Dave’s Whale Watching & Dolphin Safari caught a spectacle that overjoyed whale watchers in Dana Point, California and viewers across the web. Get ready for surfing dolphins!

The sick waves came courtesy of a large, occasionally kelp-covered whale named Gooseneck, the video explains, because of the barnacles on him. Gooseneck, also known as Brutus or Mr. October, has been a regular off the coast of Dana Point this fall and drone footage shot by the whale watching company is set to appear in a National Geographic show next year.

Catching dolphins surf off whale waves is an unusual happening. According to a blog post on Capt. Dave’s site, they don’t know of anyone else who has filmed this occurrence and it’s more common to see dolphins ride the currents created by boats.

Capt. Dave has produced a few cool drone videos this year, including one of a blue whale sighting last spring. (HT Discovery)