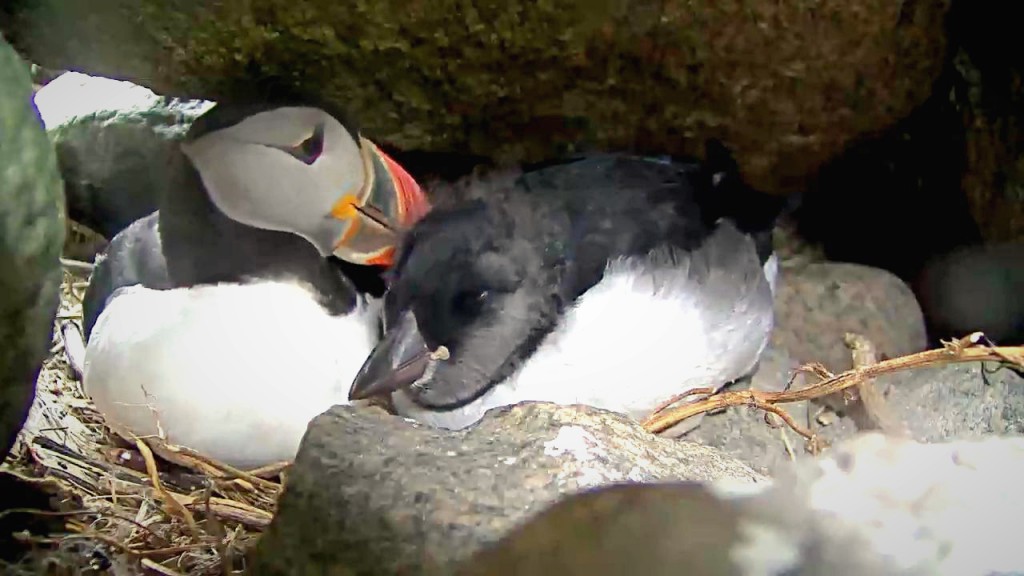 After an amazing (and adorable) season in the Audubon Puffin Burrow, the little chick Joy has fledged, leaving her home Tuesday evening on a big journey out to sea. Catch the video highlight of her preening her feathers before she steps out into the night.

She’ll remain on the open ocean for the next 2-3 years. Then she’ll likely return to Seal Island, or its vicinity, and may even make her own nest near the burrow where she hatched.

Though Joy has left, proud puffin parents Finn and Phoebe remain behind for now and won’t accompany their chick on her voyage. But the show goes on! We can learn so much about puffin behavior after a chick fledges. Will they both stay in the burrow? If so, for how long? Will they reconnect with bill rubbing?

So keep watching the Burrow Cam, and continue to report any observations in the comments, citizen scientists! Thanks for another wonderful Puffin Burrow season.