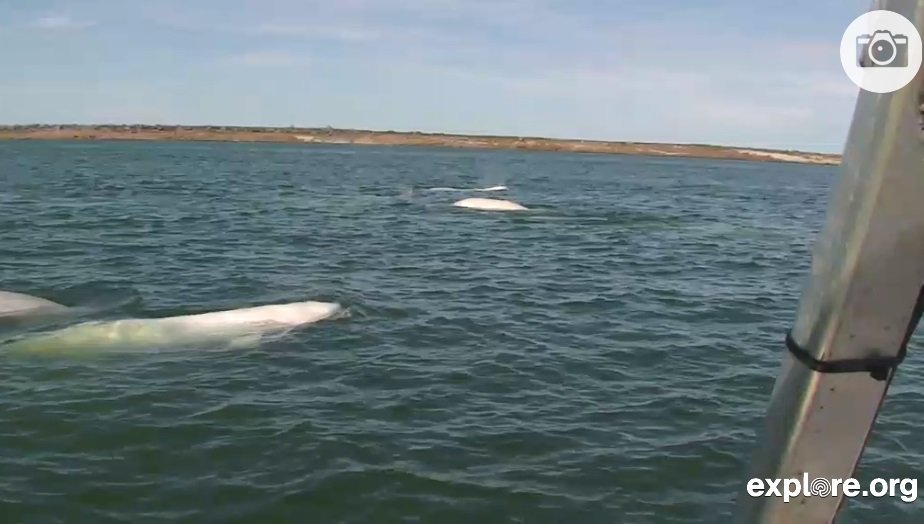 The beluga whales that frequent Hudson Bay near the Churchill River estuary apparently have good taste in music. So says Neil Mumby, the tour guide operator and the man who pilots the 14-foot Zodiac outfitted with explore.org cameras. Mumby admits that he often plays music on board the boat, and notes that more belugas tend to appear when he’s playing The Beatles. “When The Beatles are playing, there are always whales,” he says. “But when I change the music, they disappear.” No, this isn’t a scientific study. But, according to Mumby, facts don’t lie. (In case you’re wondering, Mumby says he doesn’t know if the belugas prefer The White Album or Sgt. Pepper’s Lonely Hearts Club Band.)

Tune into the Beluga Boat Cam and see for yourself!

(Thanks to JR923 for the snapshot of belugas following the boat taken just this morning!)

← From Conception Through Year 1: Part 2 of 4
Getting to Know the Animals of Mpala: Hippos →