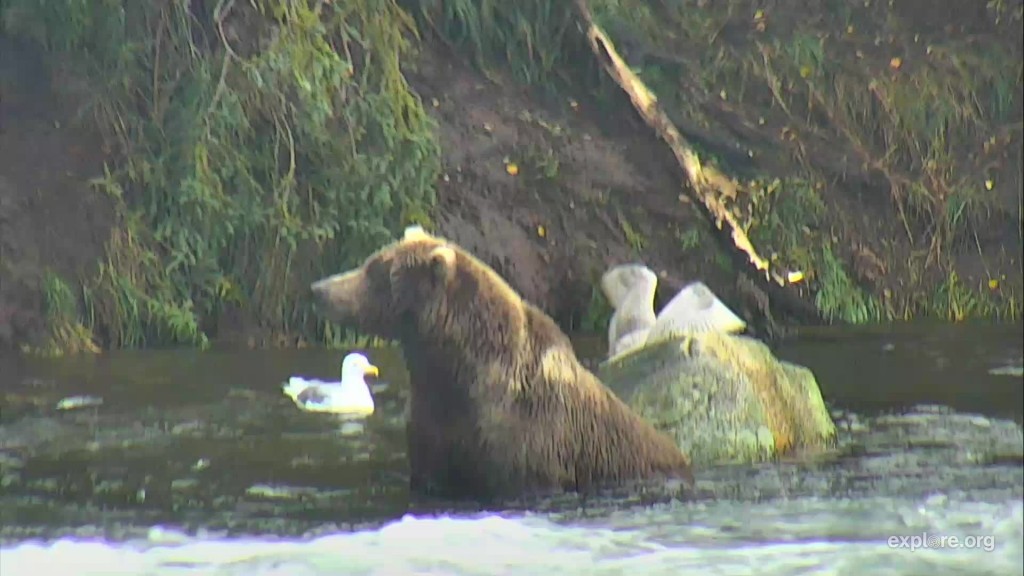 Hi and welcome to our weekly Bear Cam blog. We will be publishing this blog every week with a review of the previous weeks Bear Cam highlights. No cam highlights this week, but we did have comments and photos from Ranger Dave, as well as live chats from Mike Fitz and Ranger Roy Wood to report on. Brought to you by your bear cam Mods, LaniH and GABear.

When Ranger Dave posted his first photo in comments, along with its ID, I doubt if he knew how much interest it would create.  You could almost see eyes widening and yes, even some jaws dropping when we learned that a bear frequently seen at Brooks Falls this fall, that we’d been unable to ID and had been calling “patch bear”, turned out to be…….. 274 Overflow!  I think there were only a handful of viewers for whom this was not a big surprise!  There was a lot of discussion, many photos looked up and posted for comparison and talk of how this was likely the same bear we had spotted late last fall as well.  Several ID possibilities had been discussed in the cam comments. Last season, when we didn’t get as good of a look at him, there was thought he might be 469, an older bear who has a light, diamond shaped shoulder patch on one side.  But then it turned out this bear had light patches on both shoulders.  Indy 500 was also in the running as a possibility when we weren’t certain it was a male bear.  274 is proof of how dramatically a bear’s looks can change from early summer – when we had seen 274 in the past – and late fall.  Learning that this was a bear that was familiar with the falls and the other bears helped explain why this bear had a pretty good comfort level around the other bears and the falls area.

Ranger Dave: “This is a photo of 274 Overflow from September 27, 2017. When I saw this bear in camp, I did not know who it was. This is a photo from Leslie and Tammy’s bear monitoring data, which is still not finalized. Hopefully some folks will be able to match up this photo with those they took over he fall to help with IDs.” 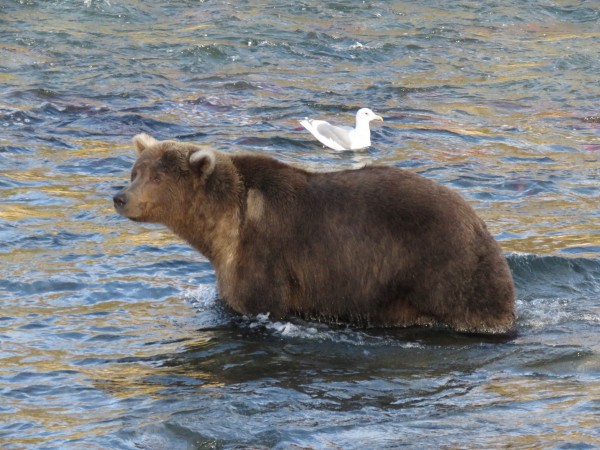 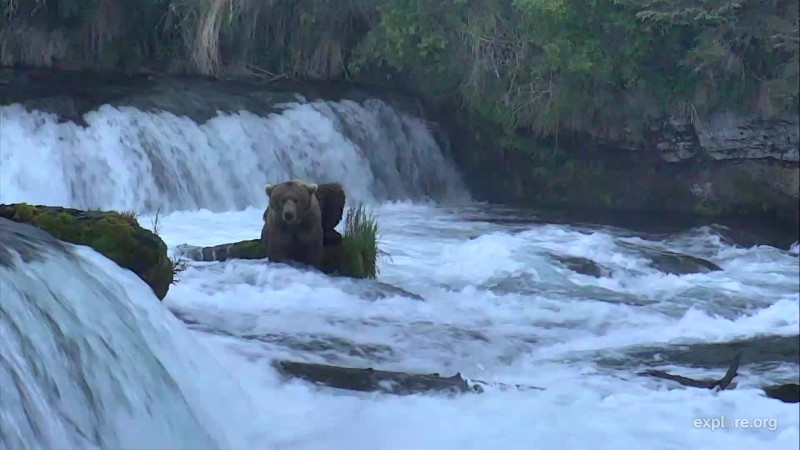 Ranger Dave:”This is one of the subadults that will receive a new number this winter/spring. He is believed to be the offspring of 273. September 18, 2017.” 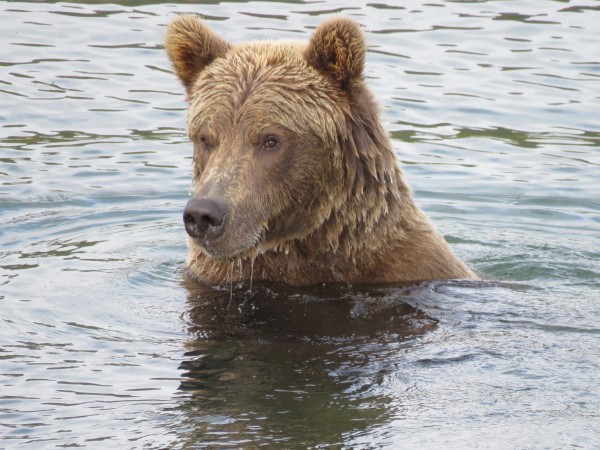 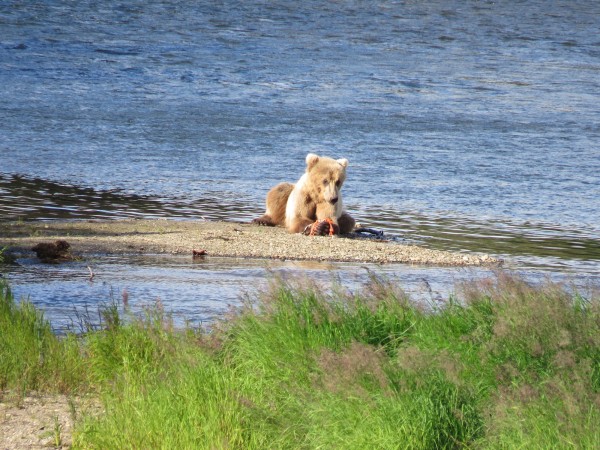 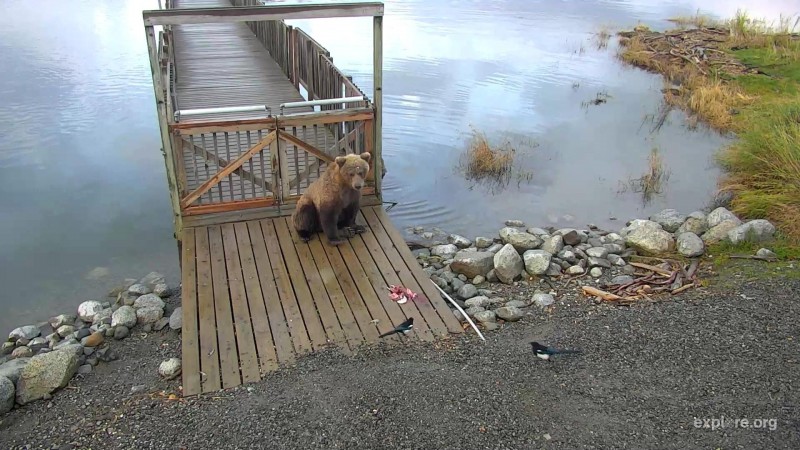 Ranger Dave: “This subadult is believed to be 94’s Offspring. He looks very similar to 273’s offspring, but is slightly smaller.” 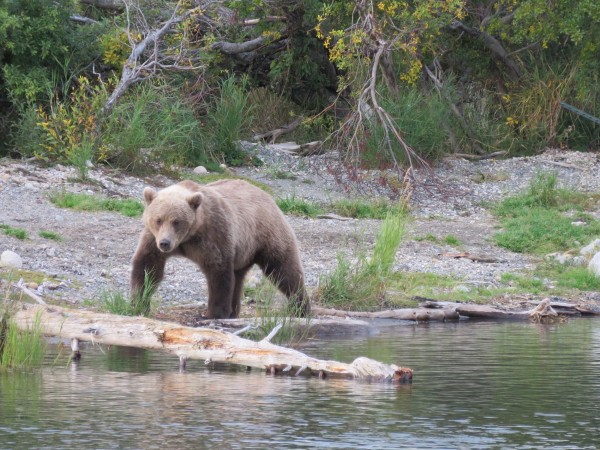 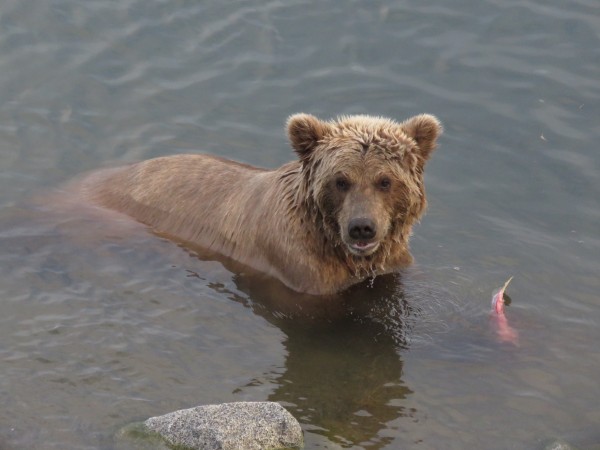 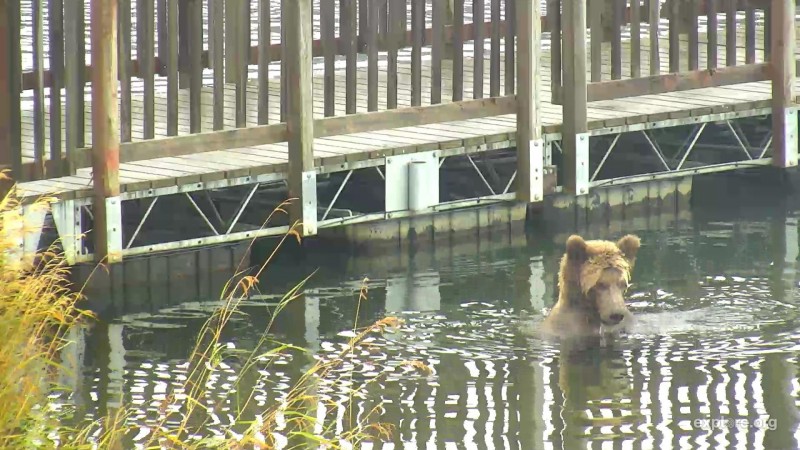 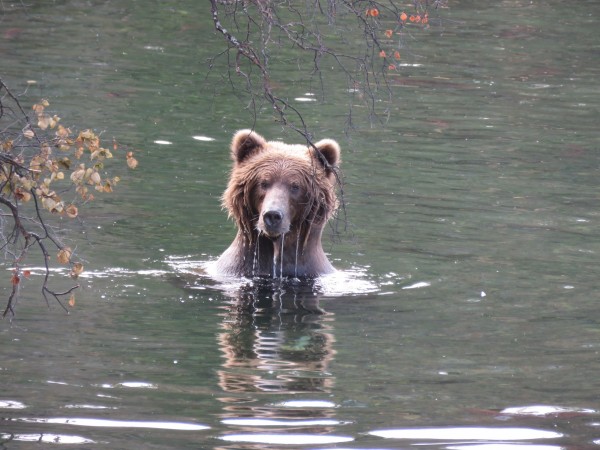 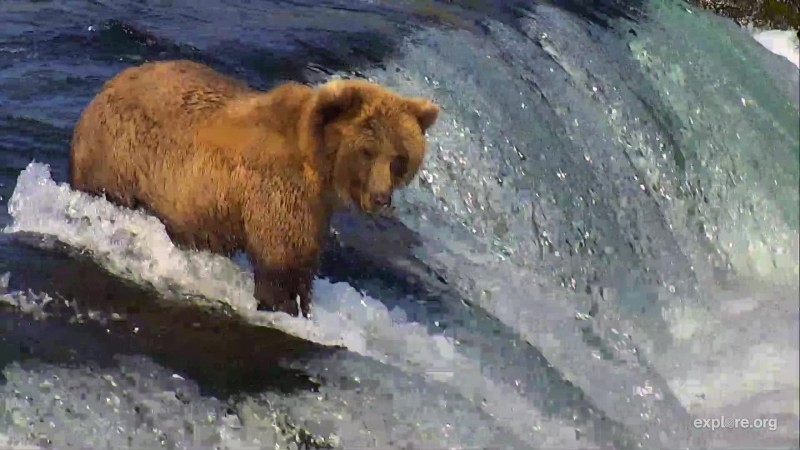 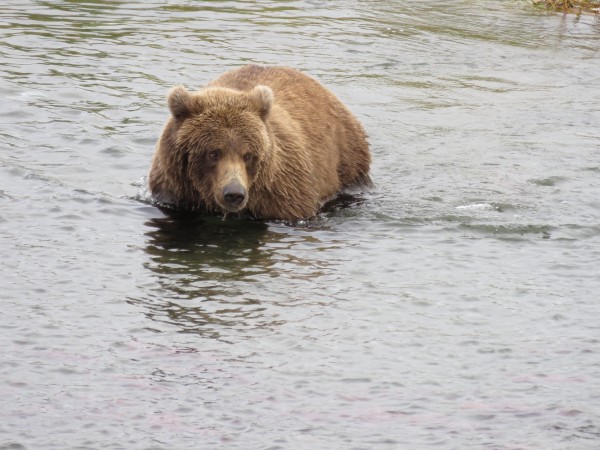 Believed to be 402’s male offspring 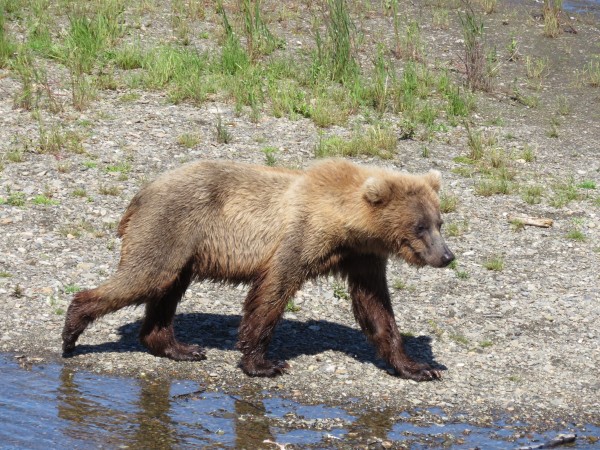 Believed to be 402’s female offspring 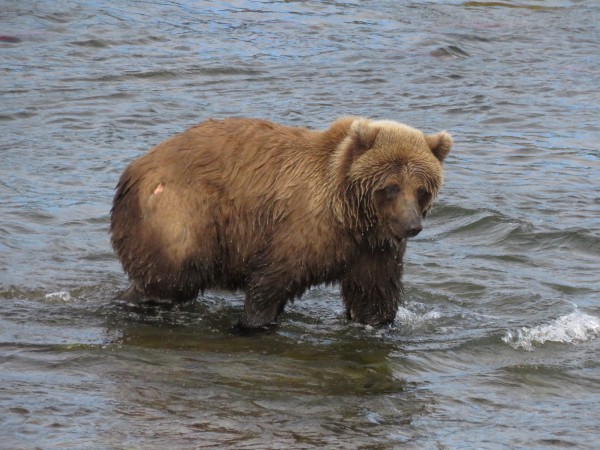 Believed to be 504 female offspring 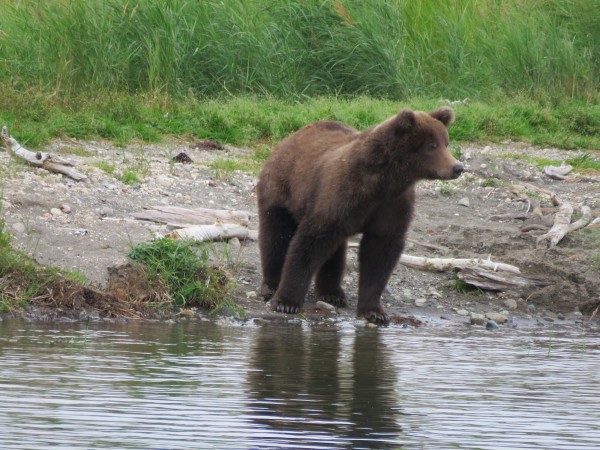 Believed to be 504 male offspring 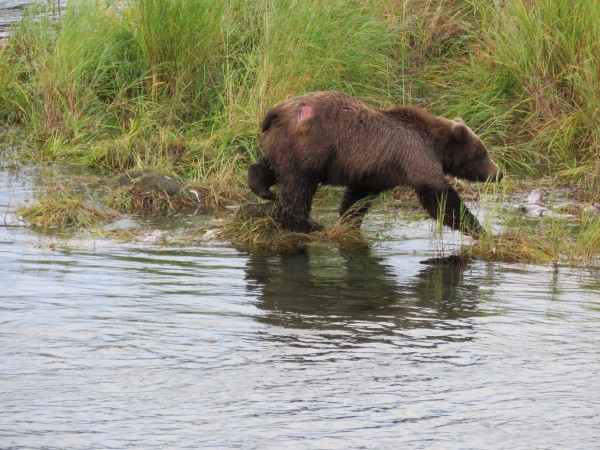 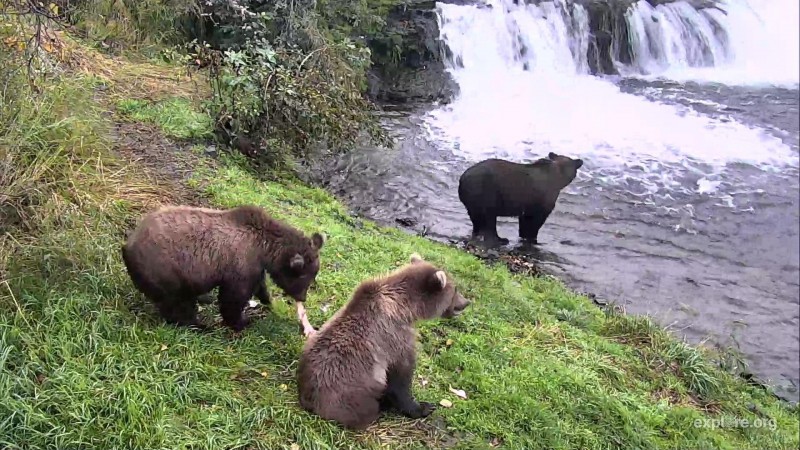 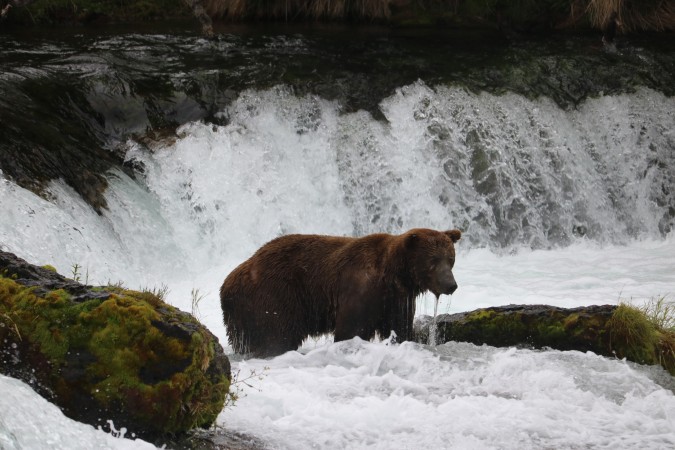 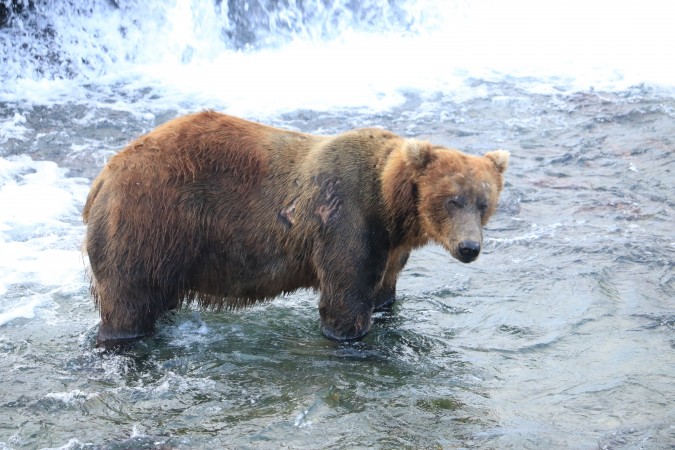 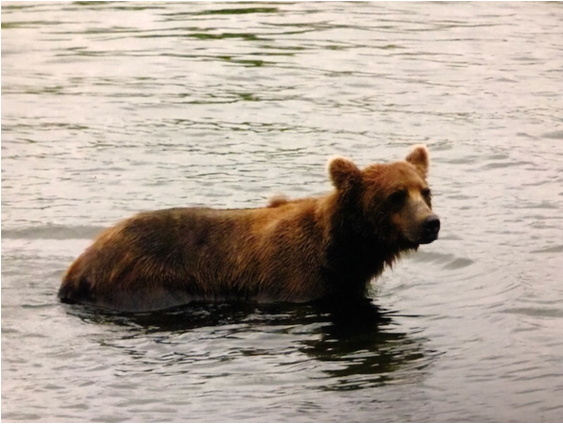 Ranger Anela also sent a link to a Flickr album containing pictures of the back country trip she and Ranger Dave did in August to Crosswinds Lake, Moraine and Funnel Creek. Photos can be seen here.

Here are videos of the top 5 favorite moments chosen by you:

480 Otis epic nap on the island

503 water aerobics in the Jacuzzi

Lip fisher success on the lip

bearcam
brown bears
explore.org
katmai national park
3 November 10, 2017
← This Week on explore.org (11/10)!
A Tribute To Our Veterans: Fallujah the Opera →