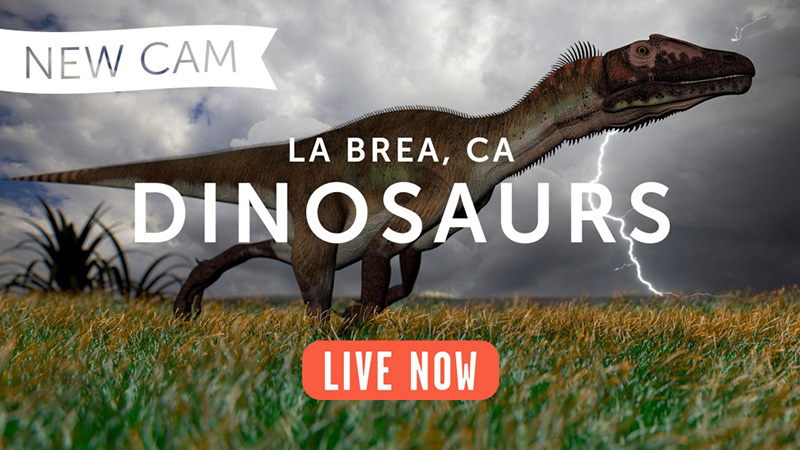 You KNEW this was an April Fools Day gag, we can’t pull one over on you. Although, we must admit, a Dino Cam would be pretty sweet.

Dinosaurs were around at least 230 million years ago. Back then they ruled the earth, stomping around like they owned the place. The closest thing resembling a human was a shrew-like mammal that could easily be squashed by a Brachiosaurus. The dinosaur wouldn’t even feel it.

The reign of the dinosaurs couldn’t last forever and they died off about 65 million years ago, possibly when an asteroid smashed into the earth. Maybe that’s a big reason we like dinos so much – since they’re gone we have to piece together their life histories through fossils and a little imagination. We’re still learning their story. But really we probably like dinosaurs because they’re huge and had serrated teeth the size of bananas.