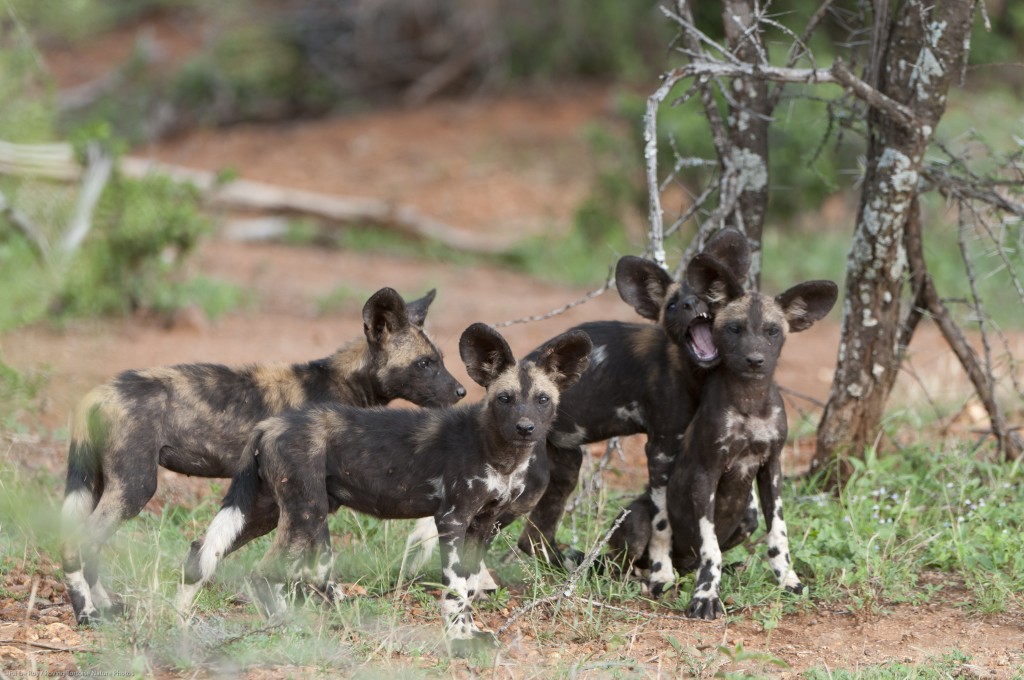 It has been an exciting time at Mpala Research Centre with the spotting of a new litter of African Wild Dogs! The species had all but disappeared from Laikipia County in the 1990s but thanks to conservation efforts had been making a steady comeback since 2000. At its height, there were over 300 individual African Wild Dogs in Laikipia County, only to be decimated by canine distemper in 2017. In 2018 there was one remaining pack, named Phoenix Pack, that was spotted wandering between conservancies with 3 adults and 5 pups. 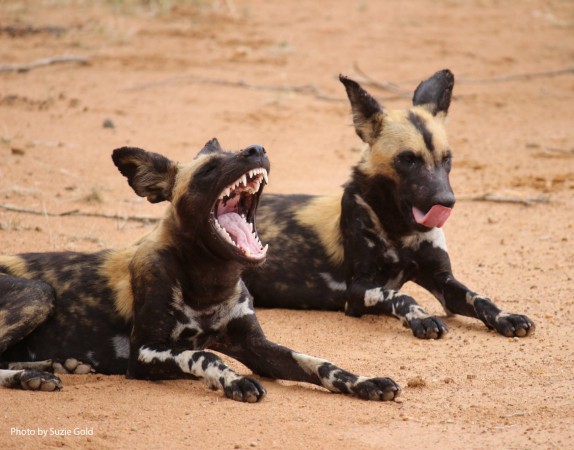 African wild dogs are among the most successful social hunters in Africa. They have dagger-like teeth, designed for eating meat, and when hunting prey, their bodies cool down after running as fast as 37 miles per hour (60 kph).

In mid-January Phoenix Pack was spotted again. The pups from last year’s litter had grown up and a new litter had been born, leading to a total of 16 in the pack. It was a relief spotting the pack and witnessing that they had produced several healthy puppies that are now old enough to leave the den. One thing that is necessary for the continued health of the pack is that we create an “environment where dogs can peacefully coexist with both people and other animals” said researcher Dedan Ngatia of the Kenya Rangelands Wild Dog and Cheetah Project. To learn about how they track these dogs and do research, visit MpalaLive’s Stories from the Bush. 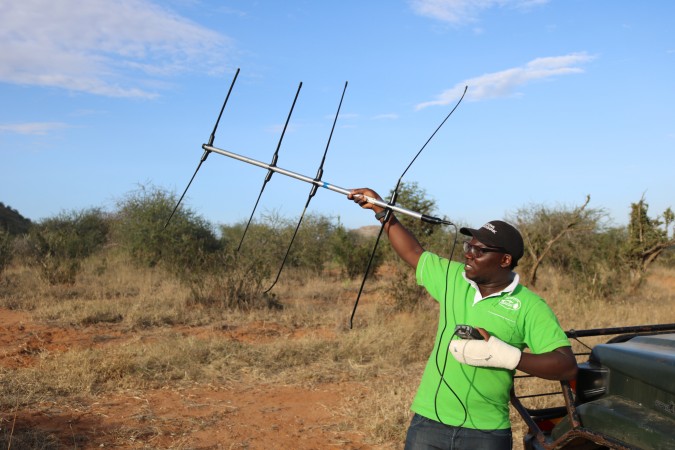 The den is the center point for a pack during the raising of cubs. The den is usually hidden from access and provides a refuge for the dogs against predators. The pups are born inside the den and for the first 14-15 weeks of their life do not leave the den area. While the pups are too young to go out and hunt, the adults in the pack will find and eat some prey, and then regurgitate a portion of their meal to the pups in the den. Researchers at Mpala Research Centre have been studying the behaviour of African Wild Dogs for years, often times putting radio collars on dogs and then using a big antenna to find them.

Pups outside their den. Photo by Ciara Nutter

The African Wild Dogs, also called painted dogs, are renowned pack hunters and able to catch large prey such as the Thompson’s gazelle, impala and greater kudu. In Laikipia County, the dogs’ most reliable food source is the Guenther’s dik-dik, accounting for 70% of their diet. While hunting in packs, these social creatures communicate by using high frequency sounds–a series of whines, tweets and yelps, that are reminiscent of a bird call. You can hear an audio recording of their calls on MpalaLive!’s field guide.

It is reassuring to see the African Wild Dogs wandering around Mpala again and with continued conservation efforts, hopefully their population will bounce back within a few years. Dedan predicts that “the pack will eventually break to hopefully form two packs and maybe by then we will have more sightings of wild dogs in Laikipia.” In the meantime, we hope viewers of Explore.org’s live cams will soon get to see these beautiful creatures working as a team to hunt! 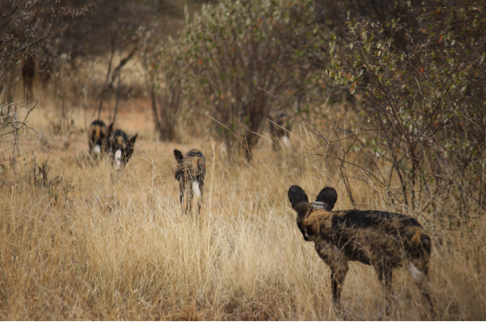