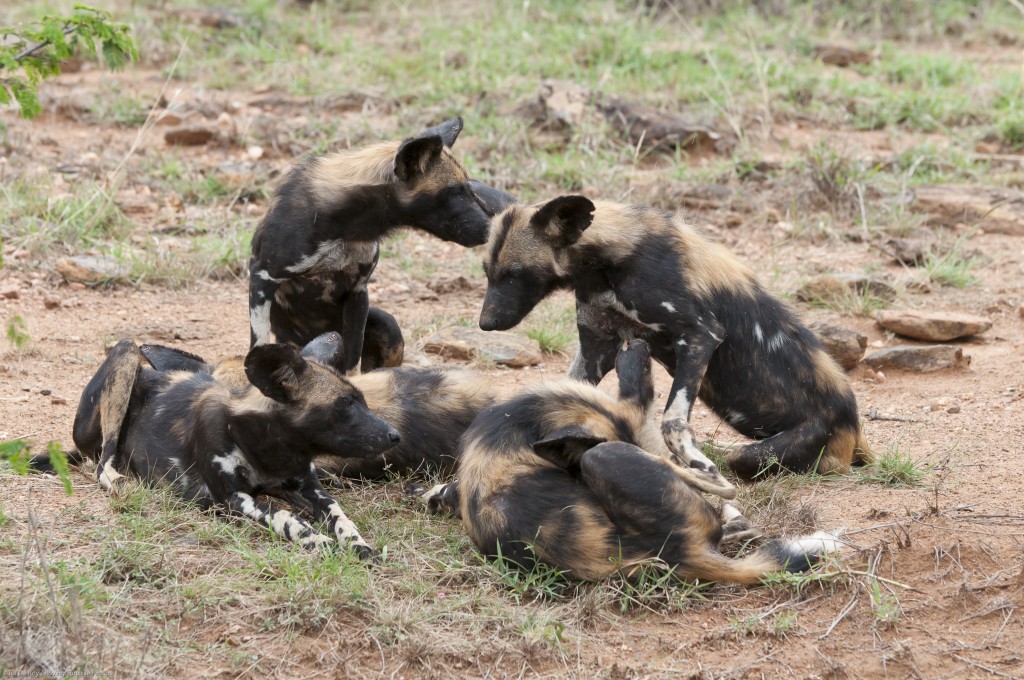 African Wild Dogs are Back on Mpala!

After a year-long absence from Mpala, the home of African wildlife on Explore, a pack of eight African wild dogs has reappeared!

“Of course we are excited to see them!” says Dedan Ngatia of The Kenya Rangeland Wild Dog & Cheetah Project based on Mpala. Dedan is hopeful about the return. “The alpha female is pregnant. We anticipate seeing some pups sometime in December.”

Our local population of African wild dogs was decimated last year by distemper. “We were tracking at least 10 packs in Laikipia, some of which had up to 18 individuals before they were all nearly wiped out mostly by canine distemper virus,” Dedan says of the deaths that left the region without any painted dogs last year.

Listed on the IUCN Red List of Endangered Species, populations of the African Wild Dog, also know as the painted dog, are currently estimated at approximately 6,600 adults, of which only 1,400 are mature individuals. Wild dogs, which are not related to domestic dogs, were historically distributed across most of sub-Saharan Africa, but now inhabit only 7% of their former range as a result of habitat fragmentation, conflict with human activities, and infectious disease.

Wild dog packs are made up of relatives. All members help rear pups born to the alpha male and female. The packs, which average 9 to 10 adults plus juveniles, are extremely social. Both males and females leave the pack where they were born, but males tend to disperse a year after females and travel farther to new territories. A pack’s average territory is about 234 square miles (606 km sq) but varies based on how much prey lives in the area.

In a landscape where humans, livestock and wildlife cross paths every day, diseases such as distemper and rabies have remained a big health risk for the Laikipia communities. In 2015 at Mpala Research Centre, Dedan Ngatia and Dr. Adam Ferguson went on an ambitious mission to rid Laikipia of rabies, a deadly killer disease. The annual program has grown exponentially each year. To date, nearly 16,000 domestic dogs and cats have been vaccinated and in about a month, the 2018 campaign will kick off. 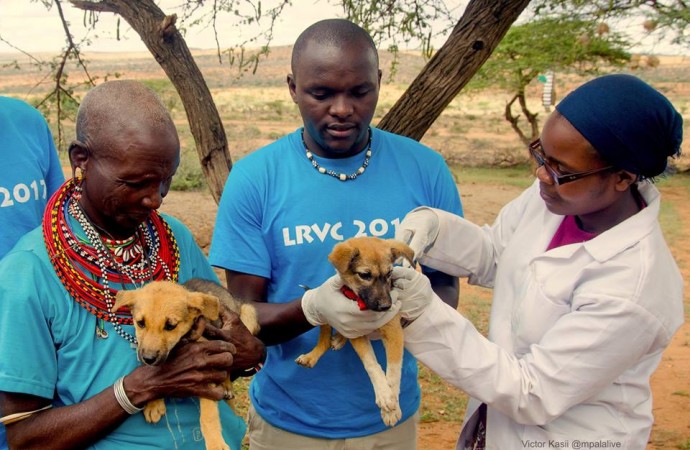 Volunteer vets in action during the 2017 LRVC season

In Kenya, nearly 2000 people die of rabies annually. The global figures are a staggering 60,000 deaths annually. Exposure to the disease leads to death after neurological symptoms have developed. Vaccination after exposure, known as post-exposure prophylaxis (PEP), is highly successful in preventing death if administered promptly, in general within 6 days of infection.

In 2017, the LRVC coverage reached nearly 10,000 dogs. The 2018 target is aimed at vaccinating 15,000 domestic dogs and cats across Laikipia. The campaign is expected to run for up to two months with the hope of vaccinating 70%  of domestic dogs and cats in the region. The Laikipia County Government, Mpala’s neighbouring conservancies, Karatina University and other stakeholders are all partnering in this great initiative. 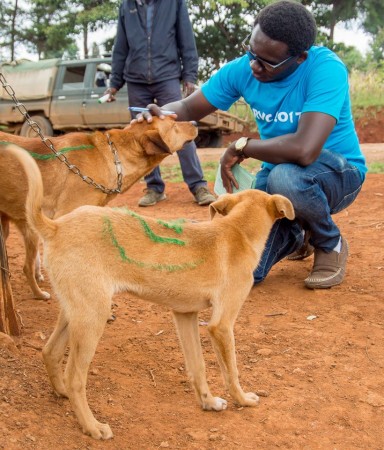 Back at the Hippo Pool, we look forward to seeing the return of the painted dog on the live cameras. Viewers can hope to catch some action of African wild dogs as they gather to hunt just before dawn. Individuals split from the pack and kill whatever they can, sometimes with help from another pack. They eat together, quickly and quietly, and share the food. A pack was once observed devouring a Thomson’s gazelle in 15 minutes! If pups are travelling with the pack, they get to eat first, but if they remain in the den, the adults will regurgitate meat when they return. African wild dogs sleep on top of each other and are not bothered by visiting animals—even potential prey—when they are sleeping. During the last few hours of daylight, the pack once again heads out to hunt. 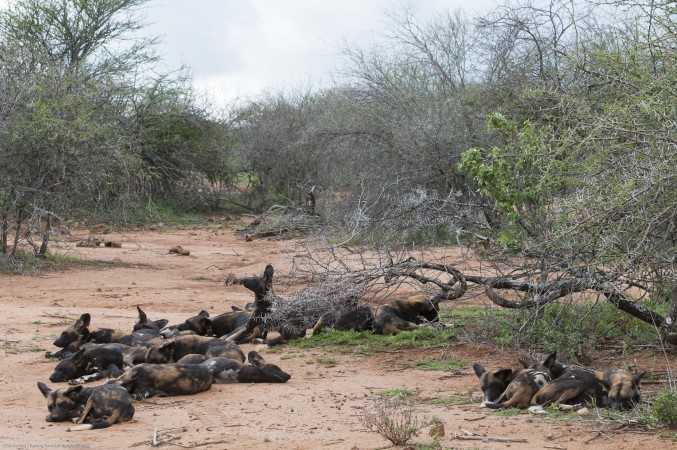