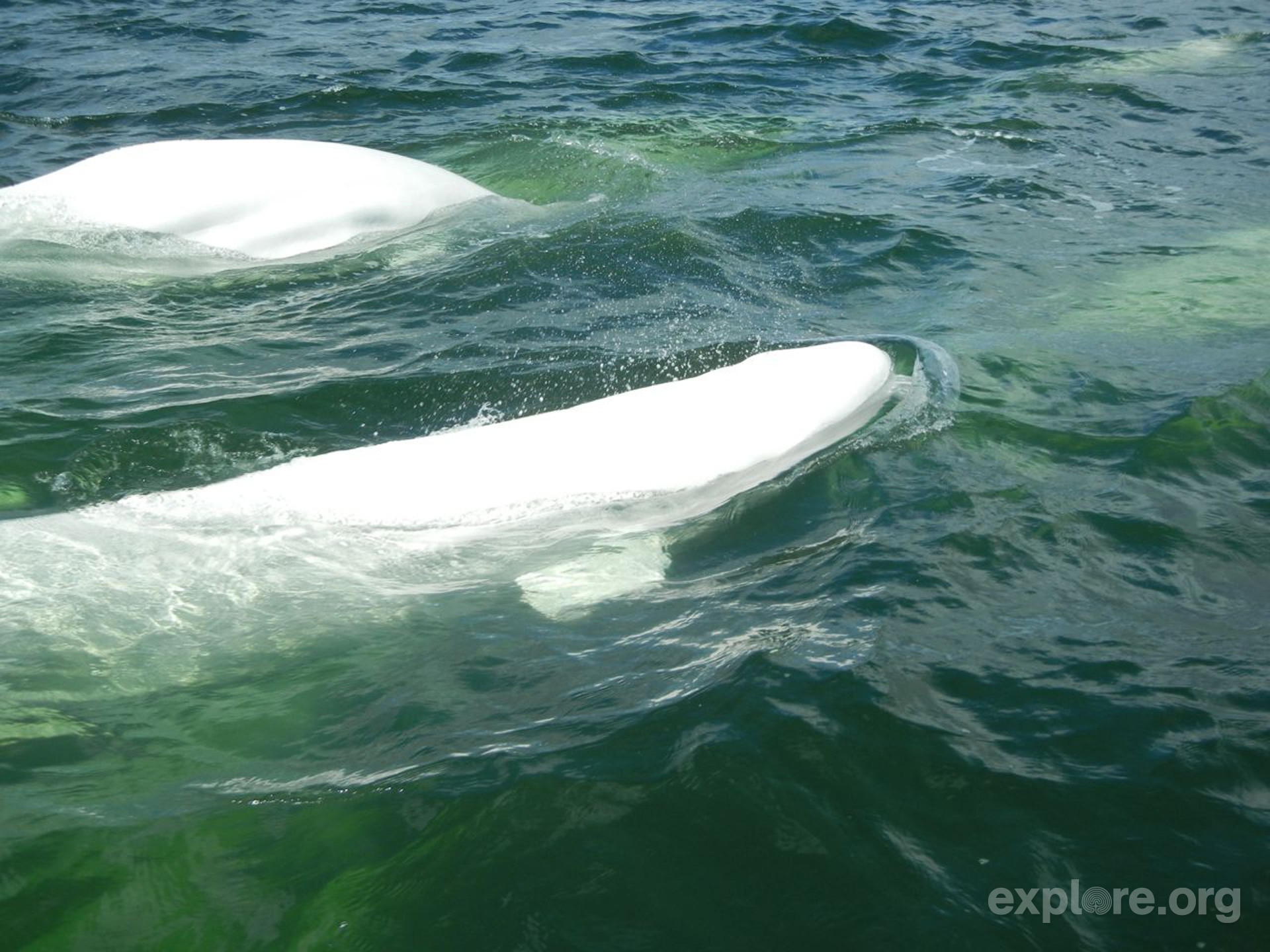 Window into the World of Wild Belugas

“The western Hudson Bay beluga population numbers an estimated 57,300 and makes up approximately 35 percent of the world’s total, currently estimated at more than 160,000 based on population studies conducted since 2000.”

In this piece, Matt Villano tries to answer the mystery of why beluga whales choose the Churchill River Estuary:

They come in the thousands. Every summer, an estimated 57,000 beluga whales–some traveling as far as 500  miles from Hudson Strait to the north–come to the estuaries formed by the Seal, Nelson, and Churchill rivers in Northern Manitoba. The belugas’ annual vacation gives us a great opportunity to see these toothed whales up close and personal. But marine biologists still don’t have a definitive answer as to why, with more than 332 million cubic miles of water to choose from, the belugas decide to swim into these rivers each summer.

Pierre Richard has some (very educated) guesses as to why the whales are here. Before he retired in the summer of 2013, Richard spent 30 years conducting research on marine mammals in the Canadian Arctic. He published numerous reports detailing the theory that the animals come to molt their skin in the warm, fresh water. He also entertained another hypothesis: They come to seek refuge from predators, such as killer whales. In the winter, the belugas easily can find this protection beneath the pack ice up north. In the summer, however, when that ice breaks up and melts, they need another plan.
“The refuge hypothesis is the most plausible explanation, but the complete reason is probably a combination of things,” Richard, 61, explains. “As is usually the case with science, when you ask a simple question you usually get a complex answer in return.”
You don’t have to be a scientist to spot sloughed skin floating on the surface of the water—evidence that the belugas are molting. They also are feeding; most of the time the animals snack on small schooling fish called capelin. The refuge theory stands tall, as well—when they’re in the area, the belugas frequent shallow estuaries where killer whales would easily get stranded.
Whatever the reason the belugas decided to come to Hudson Bay, when they get here, they certainly are social. Near the surface of the water, the whales interact with research boats, kayaks and canoes, and other small vessels with regularity, blowing bubbles and rubbing up against their hulls. Richard explains this behavior by noting that the animals are curious by nature, and cautiously tactile. Below the surface, the animals create quite a ruckus, chirping and grunting as they manipulate the bulbous parts of their heads to navigate and communicate with each other using sound waves—a process known as echolocation. Though nobody has deciphered what specific clicks mean, Richard says most of the noises constitute “contact calls” to keep tabs on who is where, along with alarm calls.

“If you put a hydrophone in the water, you’ll hear a cacophony of sounds,” says Richard, who is known by the local Nunavut First Nations group as “the tall man who knows about belugas” and narwhals. “It’s like a jungle out there, with everything from chirps that sound like birds all the way to grunts that sound like hippos or jaguars.”
Watch the camera feed long enough and you’ll notice whales in a variety of shapes and colors flitting about the frame of view. According to Richard, males are the largest and whitest of the bunch and usually travel together—sometimes in pods of up to two or three dozen. Baby belugas, on the other hand, are born brown or pink but quickly turn slate grey and remain that color for up to two years, and follow their mothers “like remora fish.”
Richard adds that females tend to be shy and keep to themselves–especially when they are with calves, staying away from the boats to protect the young.
“Between group dynamics and communication techniques, there’s a lot average people can learn about these animals just from watching them interact with each other,” he says. “That’s what makes this camera such a great tool.”