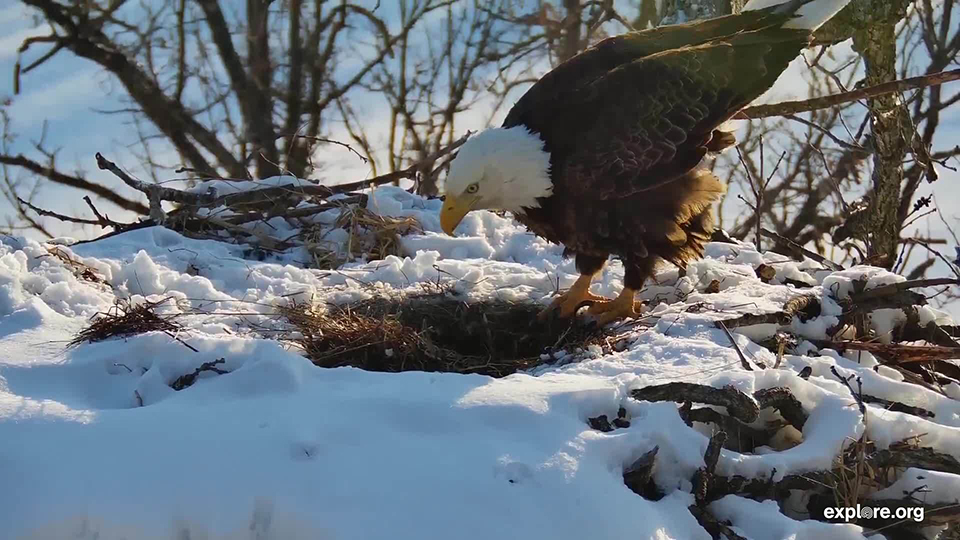 Why do the Decorah and Decorah North eagles lay eggs in ice and snow?

Why do the Decorah and Decorah North eagles lay eggs in ice and snow? A lot of you – especially those of you who also watch the Florida eagles – are curious about bald eagle egg timing. Wouldn’t it be better to delay egg-laying until mid-March or early April? We’ll unpack the question by starting with a few facts.

An Overview of Bald Eagle Nesting 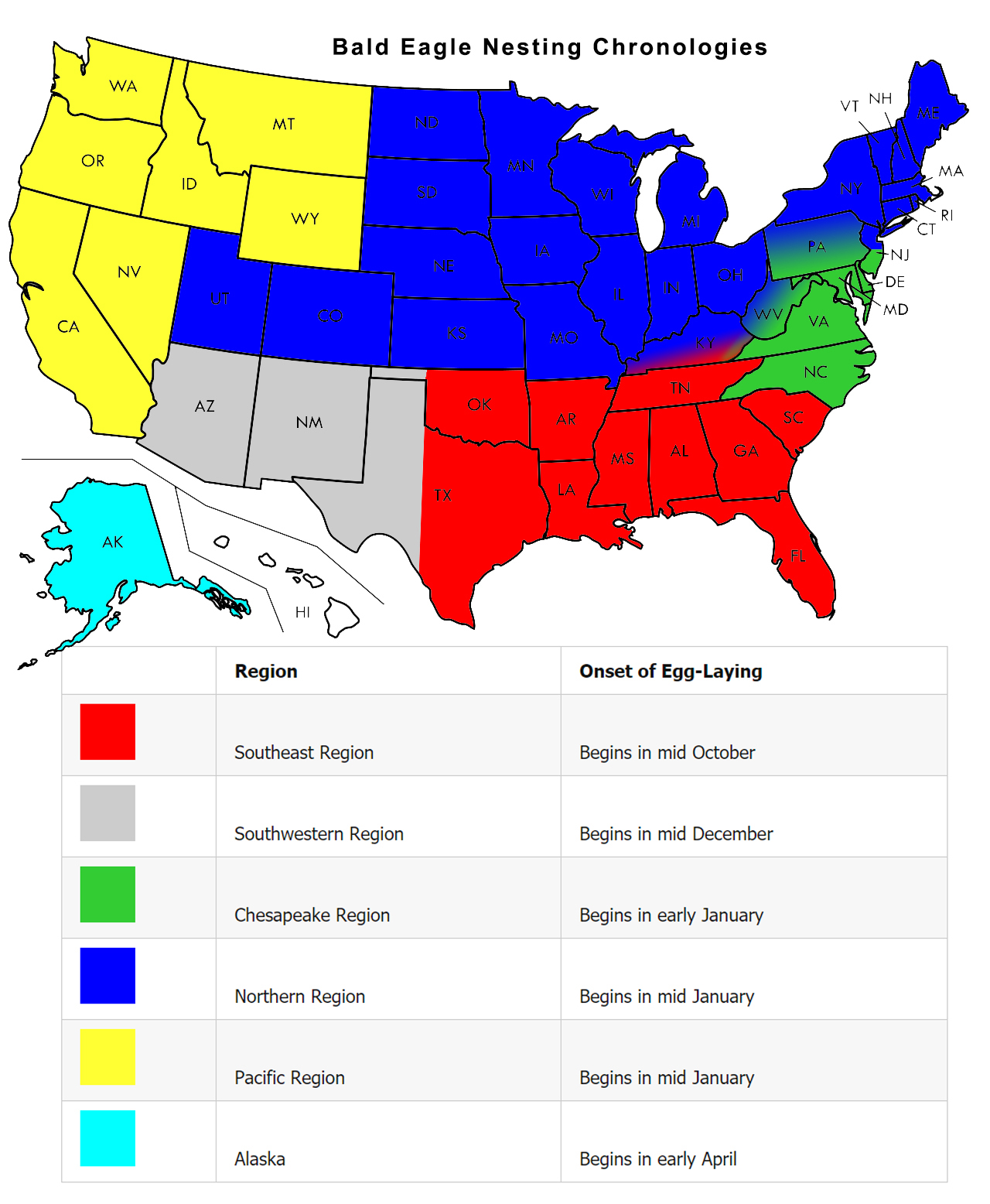 As the map shows, birds at higher latitudes tend to nest later than birds at lower latitudes. But latitude can’t be easily untangled from weather and geology, which both influence food availability. Eagles in the southeastern United States cope with heat, humidity, and food scarcity during the summer, when temperatures and humidity soar, fish sink lower in the water column, some species of birds migrate north, and most animals, including bald eagles, reduce activity to keep cool. Eagles at higher latitudes cope with freezing weather, snow, and food scarcity during the winter, when ice forms over water bodies, some species of birds migrate south, and most animals, including bald eagles, reduce their activity to conserve energy. Even mammals that don’t hibernate are much less active in January and February, historically the coldest months of the year. We can’t easily separate daylight length, weather, and food availability in the real world, especially in northern latitudes.

Okay, But Why Do Eagles Lay Eggs In Winter?

It’s easy to understand why bald eggs in Iowa don’t lay eggs in mid-October, but why don’t they wait until April or May like so many other birds? The answer may lie in the length of their nesting season. In the nests we watch, eggs are typically laid in February and juvenile eagles disperse in early September. It takes eagle parents about 116 days to lay and incubate eggs and bring nestlings to fledge. How do other altricial birds compare?

If an eagle laid eggs in mid-April, its young wouldn’t fledge until mid-August, which means that parents would be trying to keep eggs and eaglets cool in hot, humid weather. It’s a lot easier for bald eagle parents to keep eggs and young warm in cold, dry weather than to cool them in hot, humid weather.  If the eggs and eaglets survived summer’s heat, they would be learning to fly and hunt in mid-August, when prey is starting to become a little less abundant in many territories – not a big deal for skilled adult hunters, but a little tougher for newly fledged eaglets learning to fly and hunt. If the eaglets still dispersed in September, they would have less than a month of flying and hunting under their wings before striking out on their own.

What works along Florida or Alaska’s coasts might not fly in Iowa’s Driftless region! Adult eagles vary egg-timing in response to local and regional variables, including changes in daylight length, food availability, and weather. Nestling eagles also have very long ‘childhoods’ relative to other altricial birds, which means that adult eagles need to lay eggs as early as they can. What appears counter-productive to us – laying eggs in ice and snow? – has been shaped by thousands of years of evolution and adaptation to the environment. Trust the eagles and remember: It’s all good in the oak and cottonwood!

Here are some things that helped us learn and write about bald eagle egg-timing.