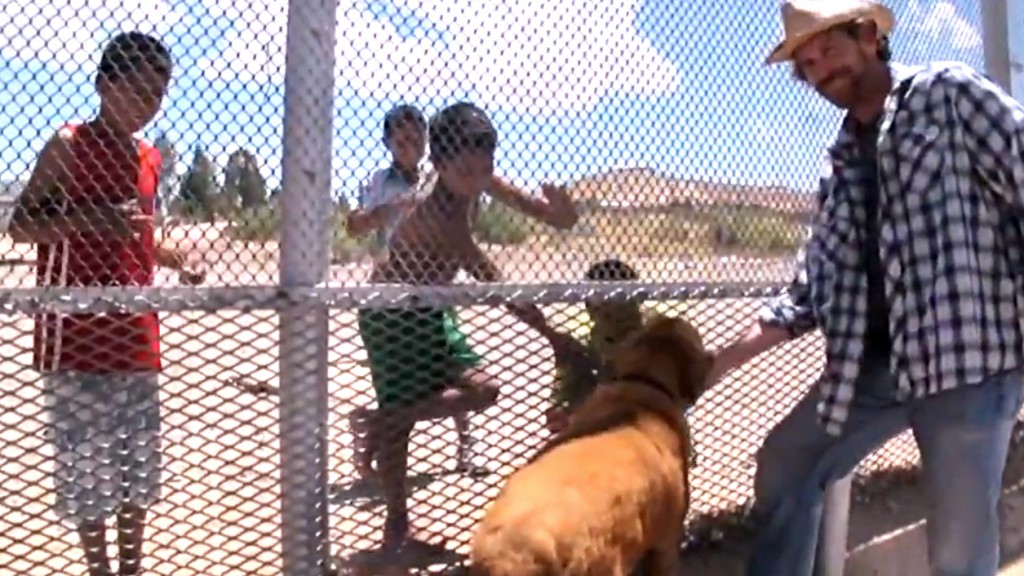 Two Sides of the Fence

In light of President Obama’s executive actions to protect 5 million undocumented immigrants in the US from deportation, we’re featuring our short film “Two Sides of the Fence”, an exploration of two contrasting worlds separated by a chain link border, the United States and Mexico.

The film presents explore.org founder Charlie Annenberg visiting the thin metal dividing-line between our countries and striking up a casual conversation with children on the other side of it. US Border Agents loom nearby. Charlie muses, “here’s first world, here’s third world – all separated by a fence. I’m breaking the law by just wanting to say hello.”

He asks the children where they’d like to live; they reply the United States. Times prove hard for many and so Mexicans are fleeing both economic crises and an overwhelming murder rate for a chance to work in the US at jobs that US citizens may not even want. It seems the reality is that if the border were completely shut off, the detriment to the US agriculture industry would be immense. There’s a shortage of American labor in farming, but these are jobs that Mexican laborers would risk crossing the border for.

Ultimately, it is of course a complex issue; many US citizens have a fear of an open border, but are also sympathetic to the plight of our neighbors to the south, people who just want to feed their families in safety. Watch the thought-provoking film “Two Sides of the Fence” below: