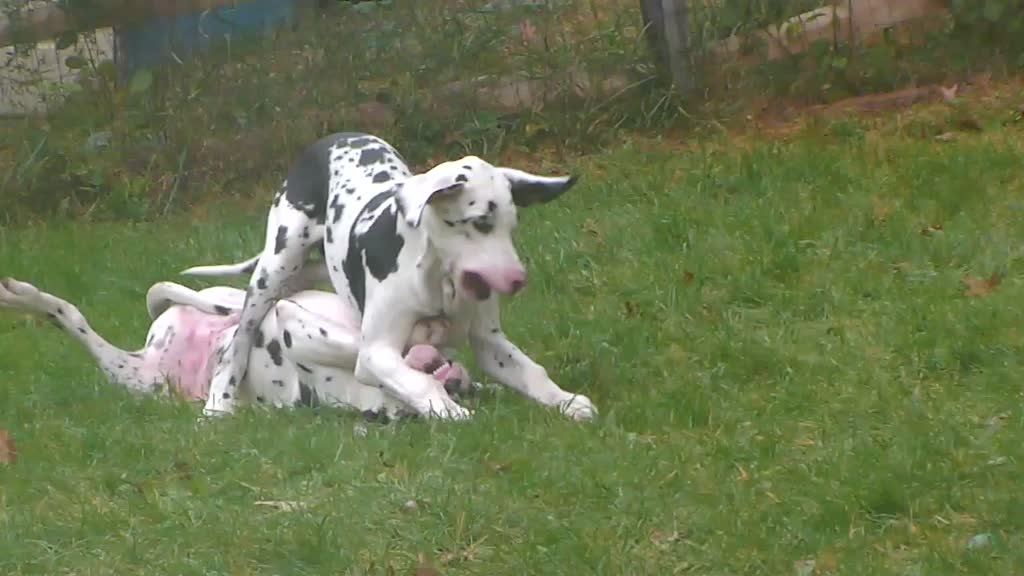 These two are having some serious fun wrestling.

These 11 States Have Official Dog Breeds

Certainly, you have heard of state birds and state flowers, but did you know that a few states also have designated dog breeds? It’s not a common practice. Only 11 of the 50 states have an official dog. Some breeds, like the Alaskan Malamute, have been around for a long time. Others, such as the Boykin Spaniel, developed during the 20th century. One was bred by a president. Many were developed to serve a specific purpose, like hunting. Each breed has a unique story that tells more about the history of the place where it gained popularity. Check out the breeds.

1. Alaskan Malamute (Alaska) With a name derived from the Mahlemut Inuits, Alaska’s state dog breed is sturdy and strong. These dogs are made for the Arctic cold and are capable of helping humans with heavy loads. These are the kind of dogs known for pulling sleds through thick piles of snow. This dog is an important part of Alaska’s history and development and has a place in pop culture as well. George Lucas’s Alaskan Malamute was the inspiration for Chewbacca.

By Chitrapa at en.wikipedia [Public domain], from Wikimedia Commons

4. Boston Terrier (Massachusetts) These Boston natives started out as a fighters– they were actually bred for dog fights— but the small, fun-loving canines settle into family life really well. Often called the “American Gentleman,” the Boston terrier is actually a cross between the bulldog and white English terrier (the latter is now extinct) and has made friends and fans far outside of the breed’s home state. You can find Boston terrier groups across the U.S., from North Carolina, to Texas to Nevada.

5. Chinook (New Hampshire) Like the Alaskan Malamute, the Chinook excels with sleds. This dog was developed in the 1900s by Arthur Treadwell Walden, who lived in New Hampshire, after breeding several different types of dogs  for sledding. At one point in time, this breed was so rare that the Guinness Book of World Records made note of it. Since then, the number of Chinooks have climbed.

6. Plott Hound (North Carolina) North Carolina’s state dog breed is a hunter named for the family that developed these hounds.  It’s history goes back to the the mid 1700s, when a man with the last name of Plott traveled from Germany to North Carolina, where he settled and began breeding dogs. Plott hounds are renowned amongst hunters for their tracking skills and apparent lack of fear of much larger animals.

7. Great Dane (Pennsylvania) These large, strong dogs aren’t native to Pennsylvania. However, Great Danes have their place in the Keystone State’s history. William Penn had a Great Dane. So did many other early Pennsylvanians, who used the dogs for hunting and other activities. Great Danes are incredibly helpful dogs. In fact, they are now sometimes employed as service dogs to assist people with mobility issues.

By Flatscaster at en.wikipedia [Public domain], from Wikimedia Commons

8. Boykin Spaniel (South Carolina) In the early 1900s, a stray dog was found in South Carolina and proved to be a pretty good retriever. So goes the origin story of the Boykin Spaniel, named for the man who took in the tiny pooch. The dog is well-suited for South Carolina’s hunters, as they do well on water and land when retrieving ducks and turkeys.

9. Blue Lacy (Texas) Named for the Lacy brothers who developed this Texas breed, the Blue Lacy is good for handling the duties expected of a canine living on a ranch. The Blue Lacy is a herding dog that also has keen skills to help out with hunts.

10. American Foxhound (Virginia) The American foxhound had a very famous champion in the early years of this breed’s development. George Washington actually bred this dog, whose roots are in Virginia and Maryland. These dogs are well known for their sense of smell.

11. American Water Spaniel (Wisconsin)   With relatives that include the Irish water spaniel and curly-coated retriever, Wisconsin’s state dog is said to be the first breed developed in the U.S. to hunt and retrieve from the water. There aren’t many of these dogs. Some say that there are about 3000 and most of them can be found in Midwestern states.

Of course, there are other dogs closely associated with specific states, even if they haven’t been designated as the official canine. Take the kyi-leo for example. That’s a relatively new breed– it only began to develop in the mid-20th century– and the tiny dogs are pretty rare. However, this breed’s roots are tied to northern California, where a lhaso apso and maltese mated. Maybe Georgia would like to adopt the American bulldog, who was brought back from the brink of extinction by a man from the state. Which dog breed do you think belongs to your state?