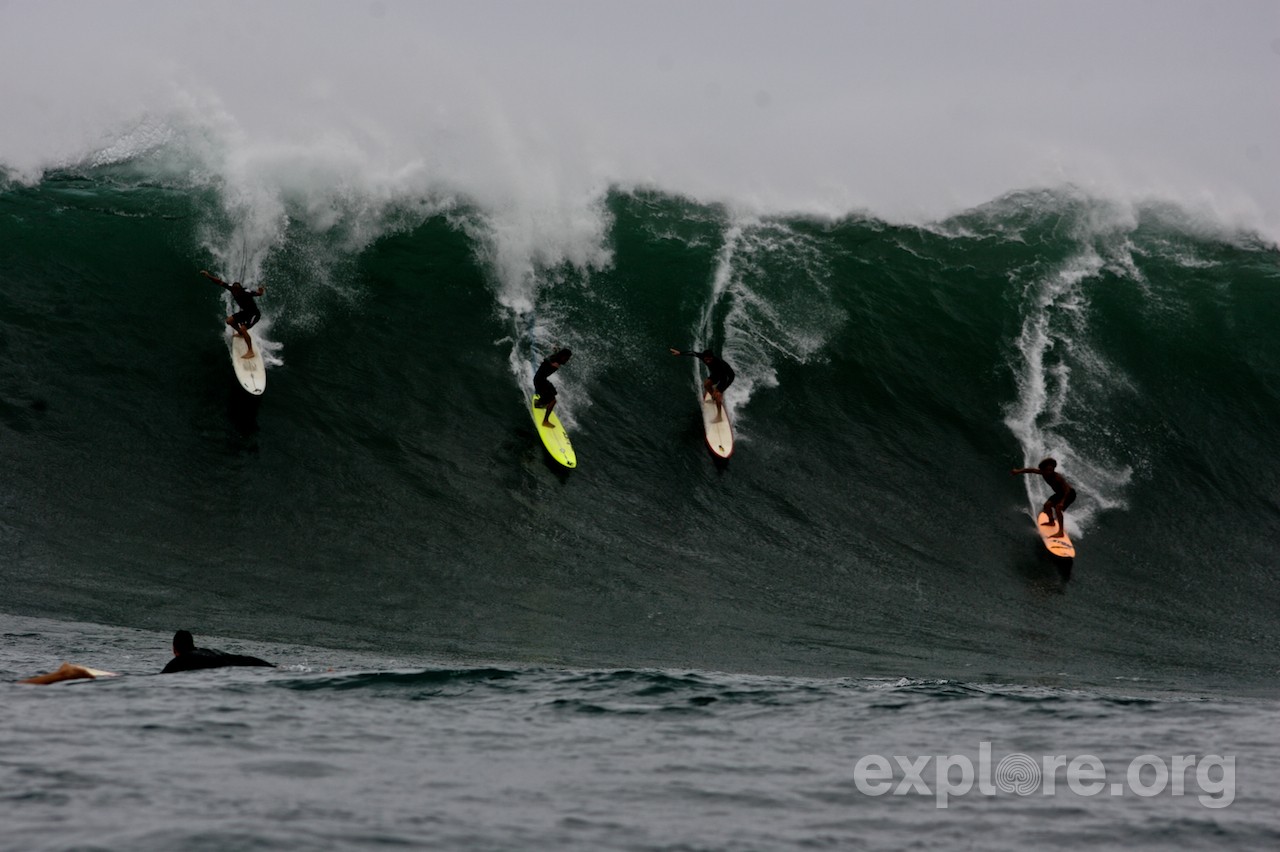 Surf’s Up. Cool Down.

When the air temp is cooler than the water temp, you might feel inclined to hop on a party wave.

On our Waimea Bay Cam in Hawaii’s North Shore, you can join the fun. You might even spot a rainbow.

Did You Know? Waimea Bay was an influential surf spot during the dawn of big wave surfing in the 1950’s. Major surfing competitions continue to be hosted in Waimea each year. “As a wave moves through water, energy is transferred between the water molecules causing them to move in a circular motion. The peak of the wave is the water at the surface that moves up and forward.” And those on it, join the great watermen/women of Hawaii.