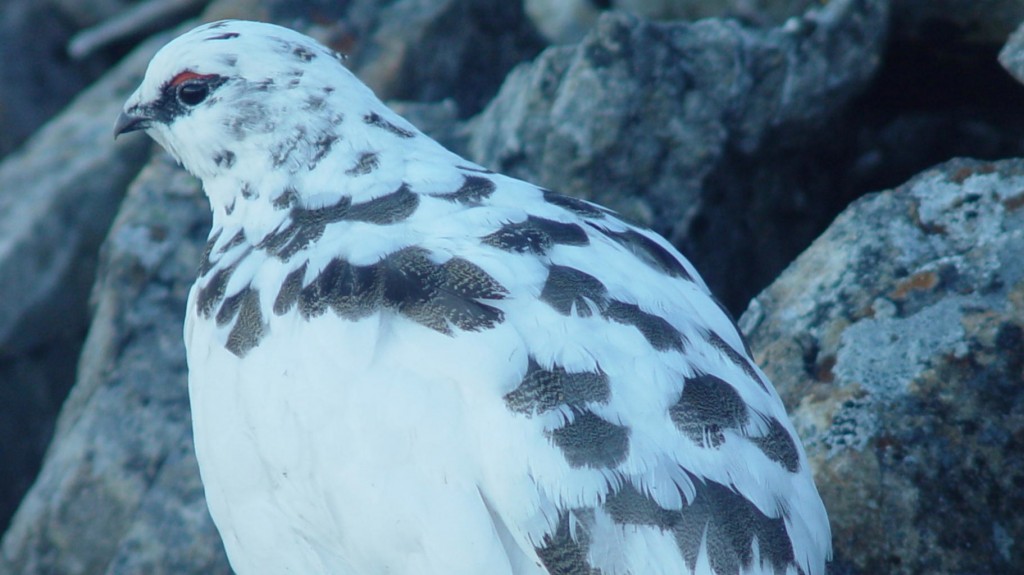 By Alpsdake (Own work) [Public domain], via Wikimedia Commons

Cold-climate creatures need to adapt as the temperatures drop if they want to survive the season. Frequently, the animals will add layers; an undercoat of fur can make all the difference in the biting cold. A few animals change color as well. Sometimes that’s to keep them warm. Other times, it’s to keep them hidden in the snow when predators are on the hunt. Check out the winter style of these seven animals.

When temperatures drop and snow begins to fall, winter white is a must for this North American hare. White-tailed jackrabbits are prey for a number of animals, foxes and hawks amongst them. For the jackrabbits that live in places like Minnesota, where snow is common, these long-eared animals need to be able to blend into their surroundings. In the winter, a white winter coat will grow. Once the weather warms up again, the white-tailed jackrabbit will return to its thinner brown coat.  (Sources: Minnesota Department of Natural Resources, ARKive)

By Alpsdake (Own work) [Public domain], via Wikimedia Commons

The ptarmigan is a little bird found in the Arctic who relies on camouflage to get by in life. For this reason, it’s feathers change throughout the year. Although the ptarmigan is usually brown, by winter, it transforms into a snow white bird. This keeps the bird slightly safer when it walks through the snow and eats. (Source: Arctic Studies Center)

A stoat is a type of weasel often referred to as an ermine. Typically, the term ermine is used during the winter months, when this animal develops a fine white fur coat. Where the stout where as a brown coat, with white on its underside, throughout much of the year, this animal makes a radical change when the snow hits. It’s bright, white fur is used as a type of camouflage. It’s important to point out, though, that these furry creatures are often the predator. Despite being a small animal, they can, and often do, go after larger prey, like rabbits. (Sources: Encyclopedia Britannica, Blue Planet Biomes)

By Dirk Vorderstraße (Own work) [CC-BY-3.0 (http://creativecommons.org/licenses/by/3.0)], via Wikimedia Commons

Our canine pals in colder climates  might need to add a little fur in the winter months. To stay warm, some dogs develop an undercoat, which essentially functions like thermals. When the weather warms up again, they’ll shed the layers for something a little more conducive to fun in the sun. Golden Retrievers, German Shepherds and Samoyeds are amongst the breeds who have double coats. (Source: Dog.com)

Cardinals are amongst the groups of birds that don’t head south for winter. They don’t grow new plumage either. For cardinals, staying warm doesn’t mean getting new coats. It means restyling the ones they already have. As the temperatures drop, cardinals “puff up”– as the Audubon Magazine describes it– so that they can keep warm. (Sources: Cornell Lab of Ornithology, Audubon Magazine)

Changing coats isn’t always for camouflage. Winter can be brutal and some animals need an extra layer of protection. Take the white-tailed deer as an example. Found throughout the Americas, this deer has an auburn coat most of the year. When winter comes, though, their fur turns into a more ordinary shade of brown or gray. While this deer might look drab in the winter, the new coat is extremely functional. The color helps the deer soak in the sun and the multiple layers keep it warm. (Sources: The Animal Spot, Tink’s)
arctic
cardinals
dogs
ermine
german shepherd
golden retriever
ptarmigan
2,028 December 9, 2014
← You named Aurora the polar bear, now follow her live this winter!
Tortoise on Its Back Gets Help From a Pal →