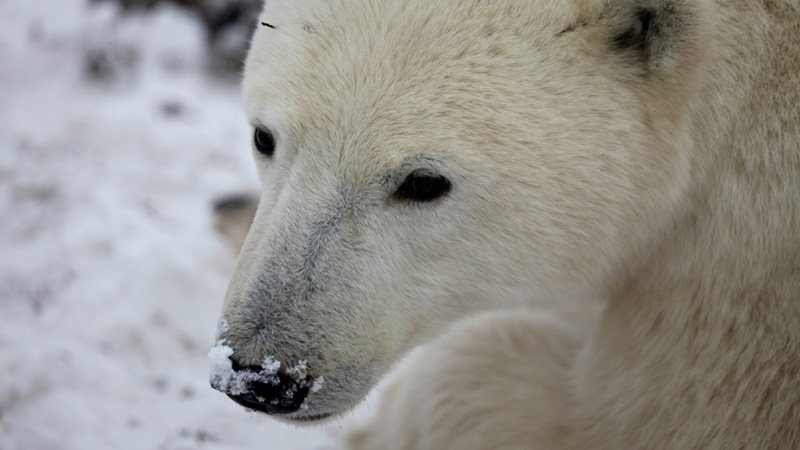 Though we haven’t seen movement from her collar yet, our favorite female polar bear has been sighted. Ursula (or X33410 to researchers) was seen on March 5th outside of her den in Wapusk National Park, Manitoba, with two brand new cubs.

She was spotted by researchers in a helicopter who used the collar’s radio signal to find the family and check on them. Ursula will still have a collar on for a few months, so there was no need to get closer right now, a sneak peek was enough.

As some may know, northern Manitoba has been hit by some major storms in the past weeks so it is possible that Ursula is waiting until the bad weather passes before heading back to the sea ice. These extra weeks outside of the den will give her cubs a chance to grow bigger and stronger before making the journey the ice to start learning how to catch and eat seals. The cubs will be nursing often from mom, growing quickly on the high-fat milk. Ursula must be ready for a meal, though- she hasn’t eaten much since about July.

We should see them move east any day now and, when we do, we will let you know. Congratulations, Ursula!