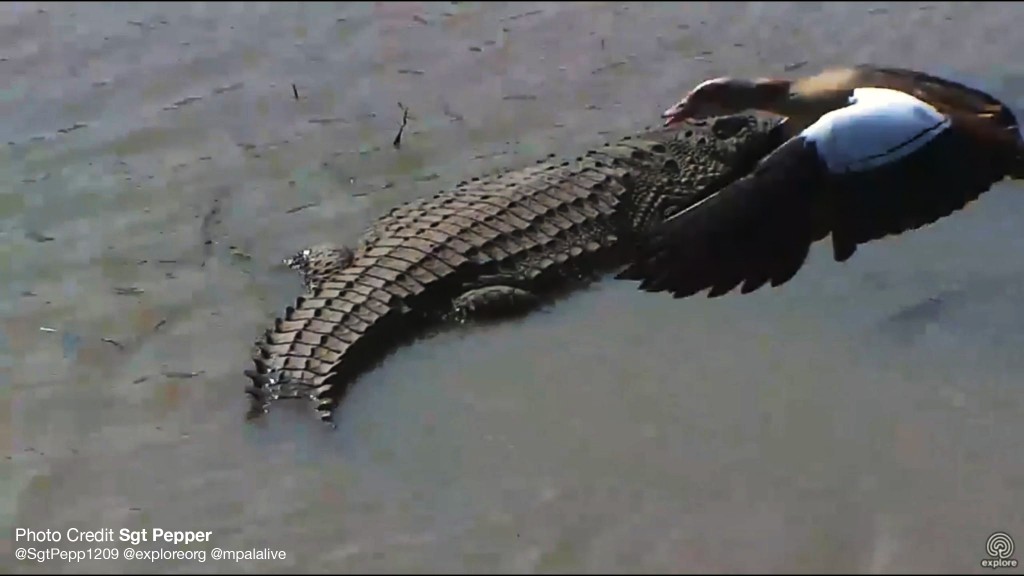 This week’s sighting of a Nile crocodile at the home of African Wildlife on Explore.org was not only exciting but with it came memories of a great year that was. All through, 2017 was filled with amazing sights and sounds from Mpala.

Mpala remains a safe haven for endangered and threatened animals. Elephants, Grevy’s zebras, reticulated giraffes, and the elusive African painted dog are some of our iconic animals that allow viewers to experience virtually a live safari  learning experience. All are regular visitors to the beloved  hippo pool.

One of the endangered animals is the magnificent Grevy’s zebra which can be easily distinguished from the more common plains zebra. It is taller, has narrower stripes, a white belly, black dorsal stripe, large rounded ears and a brown muzzle. On the 27th and 28th of this month, viewers on Explore.org and members of the public will help in establishing the number of Grevy’s zebra in the region. The citizen science project better known as the Great Grevy’s Rally will also include the reticulated giraffe. 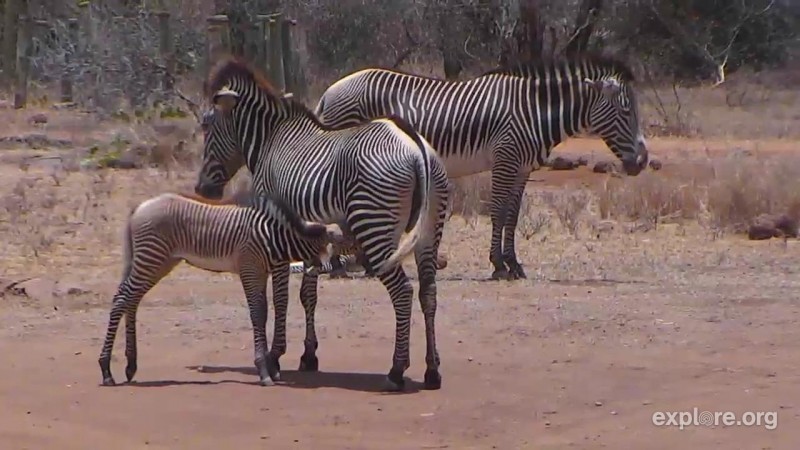 Most of 2017 also saw the largest animal walking the Earth thrive on Mpala. Though endangered, the African elephant is a common feature on the live cameras at Explore.org. African elephants use their unique trunk for communication and handling objects. 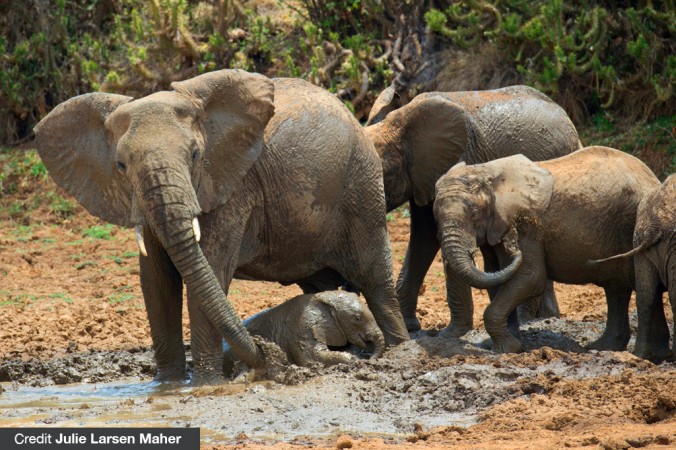 Mud bath at the watering hole

Of the many spectacular moments on the live cameras last year, baby elephants take the day. Elephant calves entirely depend on their mothers to survive. They can’t see very well at first, but they can recognize their mothers by touch, scent, and sound. The calves drink their mother’s milk for about two years, sometimes drinking up to 3 gallons (11 litres) of milk a day. After a few months and at about four months old, they can eat some plants, though they continue to need as much milk from their mother. At first, baby elephants don’t really know what to do with their trunks but by about 6 to 8 months, they begin learning to eat and drink. An elephant’s trunk has over 40,000 muscles enabling them to pick even the tiniest of food items from trees and on the ground.

Viewers on explore can only expect more exciting moments in the coming days. We will observe changes in the landscape as water levels drop and rise. The Nile crocodile’s reappearance promises this and more. Happy 2018!