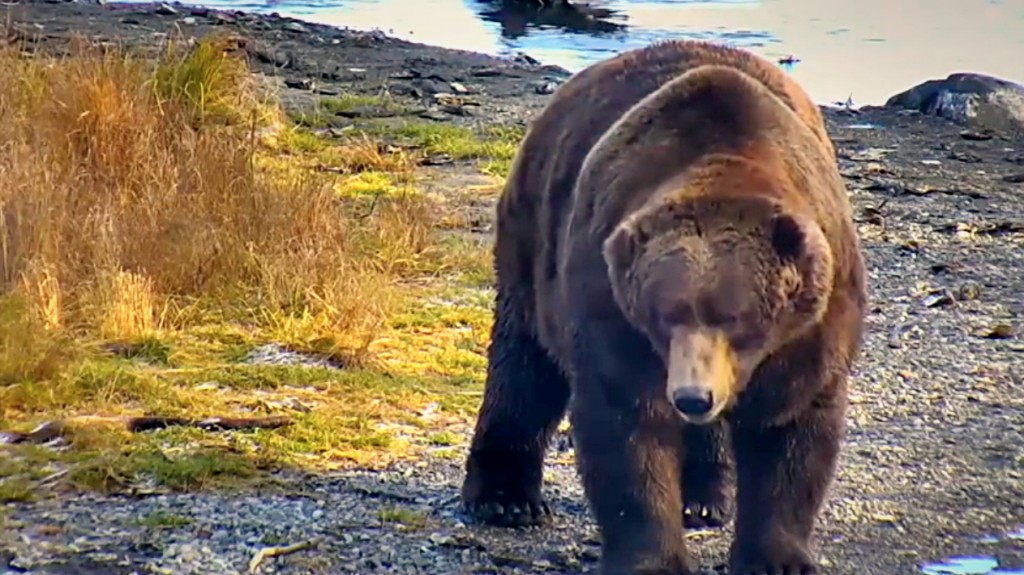 In this new video highlight, Lurch, an adult male and one of the larger brown bears at Katmai, picks at scraps before hibernating for the winter. As high-caloric food becomes scarce, these brown bears enter a state of dormancy as a survival mechanism. Their physiology and metabolism shifts in rather incredible ways to help them sustain several months without food or water, even recycling waste material.  Since Lurch won’t awaken until next spring, he and the other bears at Katmai must eat a year’s worth of food in six months.  Lurch may eat up to 30 salmon per day to accomplish this. Hibernating itself can burn 4,000 calories daily, and Lurch will awaken only two thirds the size he is now. Imagine this burly bear’s appetite when he emerges from his den.

Moments like these, captured live on camera and shared around the world, perfectly illustrate the Explore.org mission: to bring the wonders of wildlife to a global audience while allowing the animals to live in their own natural habitat. Without even being aware that he’s captivating and fascinating so many viewers, Lurch can just be Lurch. Watch his video highlight below: