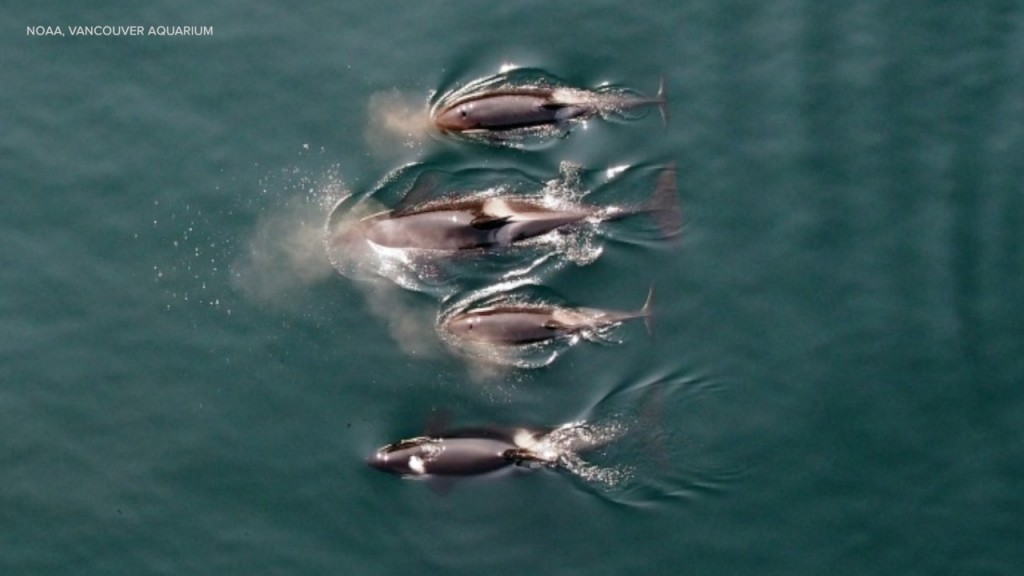 Exquisite above-ocean video footage of killer whales was captured by an un-manned drone over Johnstone Strait off British Columbia.  Researchers from the federal National Oceanic and Atmospheric Administration (NOAA) and the Vancouver Aquarium teamed up to follow the orcas, which are considered threatened species.

It was the first time a drone – a custom-built hexacopter named Mobly – has been strapped with high resolution cameras to record the behaviors and health of killer whales. The researchers hoped to determine the if the marine mammals were getting enough food by noting whether the animals were thin or fat.  So as not to disturb the whales, Mobly hovered at 100 feet over the surface of the water, snapping pictures of 82 whales during the 13-day mission this August. Check out the drone’s video below, it’s truly breathtaking.