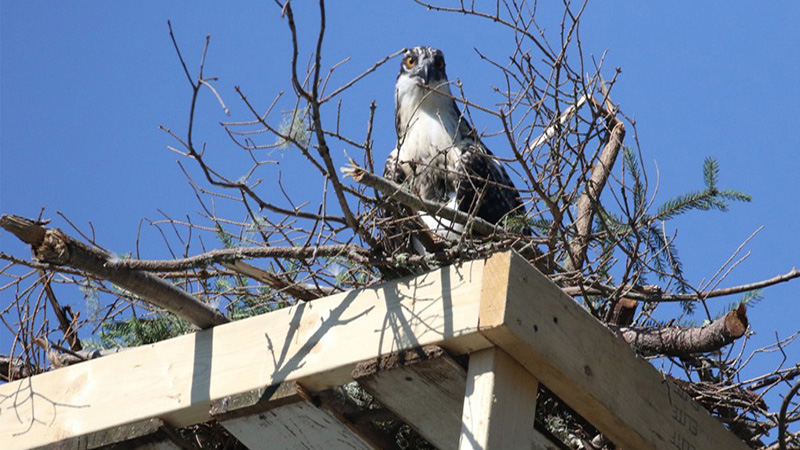 As you know, this past weekend has been quite stressful for Rachel, Steve, and Bailey. Below is the most recent update from Steve Kress explaining what has happened and where Bailey is now.

“This was another very eventful day for the Hog Island ospreys.   The wasp nest in the osprey nest continued to be a problem.  After attempting to shake off the wasps, eventually, Bailey had enough and leaped from the nest.  Eric Snyder found Bailey under the nest (unhurt) and a discussion began as to next steps.  Putting Bailey back in the nest was not a good solution because of the wasps and likely reoccurrence of another tumble.  So, we moved Bailey to the nearby boathouse nest, assuming that Rachel and Steve would find her.  As expected, Rachel and Steve quickly found Bailey and even provided food at the boat house.  But then a big surprise!  Another female osprey (likely it was Dottie- the female of the boat house pair) showed up and attacked Bailey as an intruder on her nest. We are happy that Dottie is becoming defensive of her nest as this bodes well for another pair next summer, but clearly, we had not found the solution that we hoped for.  On seeing this, we consulted with Dr. Rob Bierregaard and decided to move Bailey off of the boat house nest and onto a new platform.  Eric quickly built a new platform similar to the platforms that we have used previously and then he fashioned a stick nest with a soft confer lining within the platform.  The new nest platform was placed on top of Hog Island’s Porthole Lodge just as it was becoming completely dark.  The location is close to the original nest and has a commanding view of the ocean.  It does not have a camera associated with it so Hog Island staff will monitor from the ground and report on events of the next few days to the community.  I greatly appreciate all of the deep concern and good wishes for the Hog Island ospreys.” – Steve Kress

Bailey is doing quite well at the moment and we have also included photos courtesy of Steve Kress to show her new location and that Rachel and Steve are still nearby tending to Bailey! We will continue to keep everyone updated once we have more information. 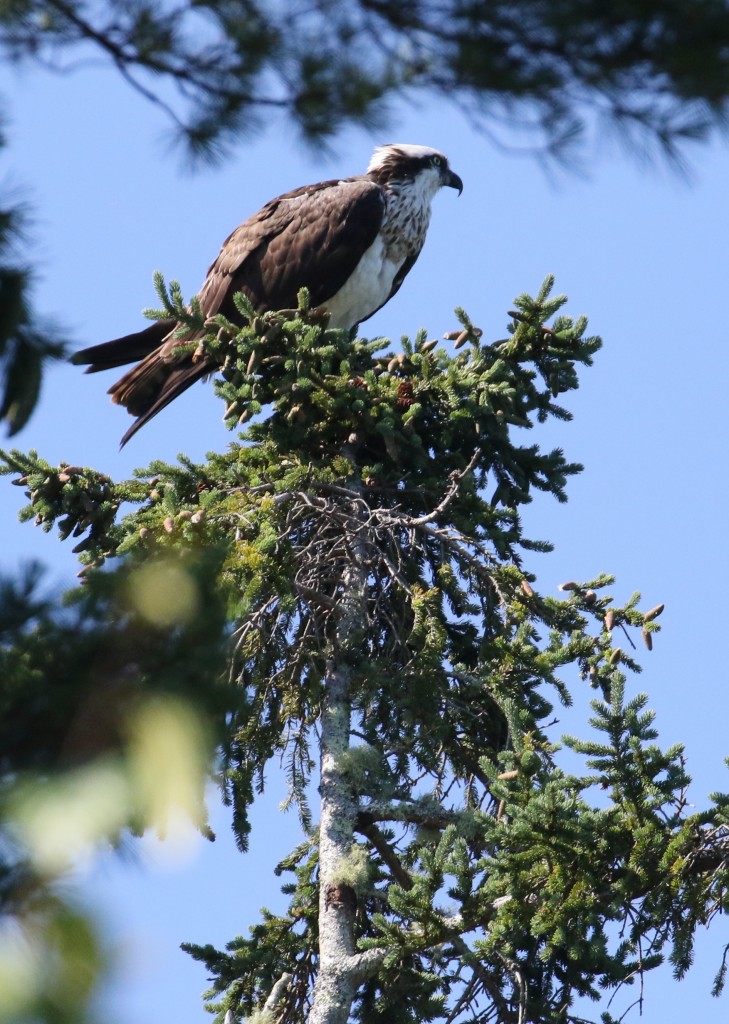 Rachel in tree near Porthole nest – Photo by Steve Kress 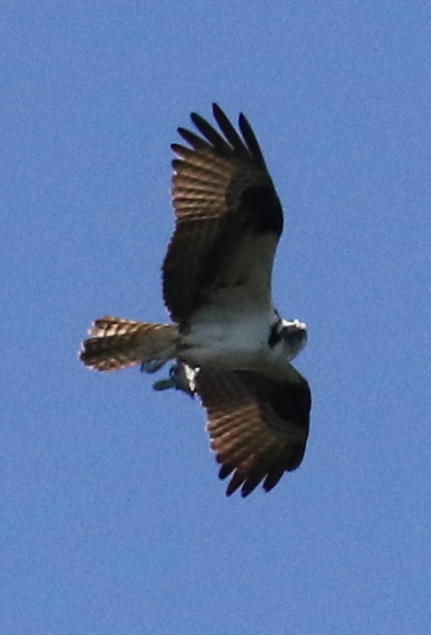 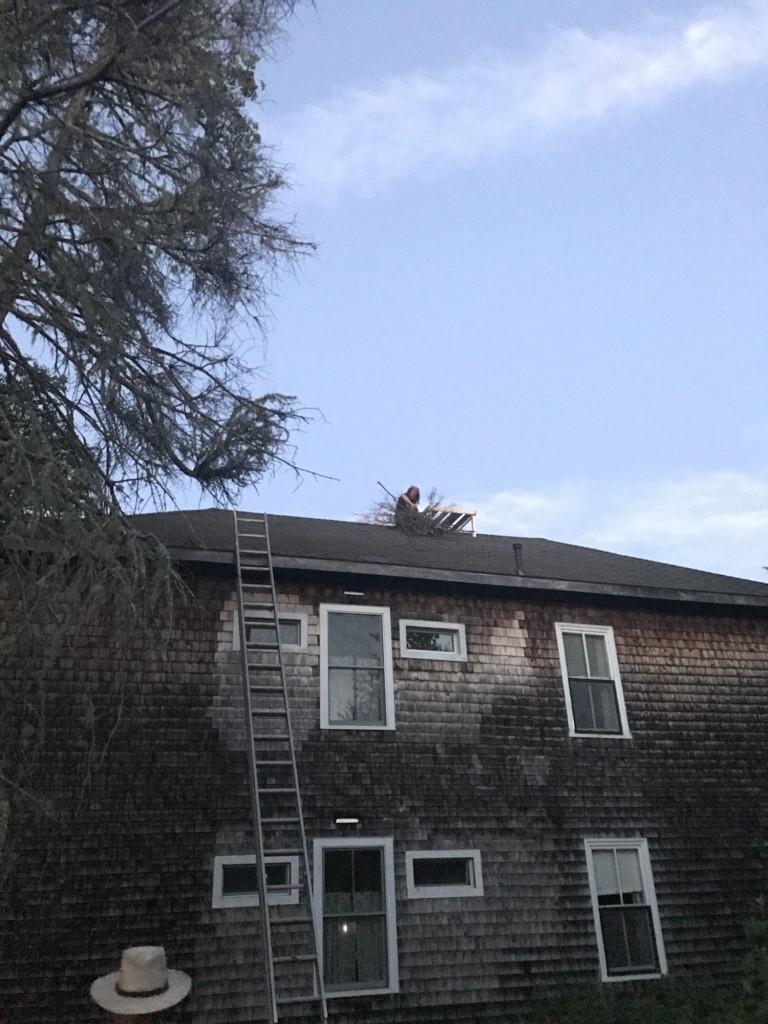 View of the Porthole platform- Photo by Steve Kress

Stay the most up to date about any new osprey news here!