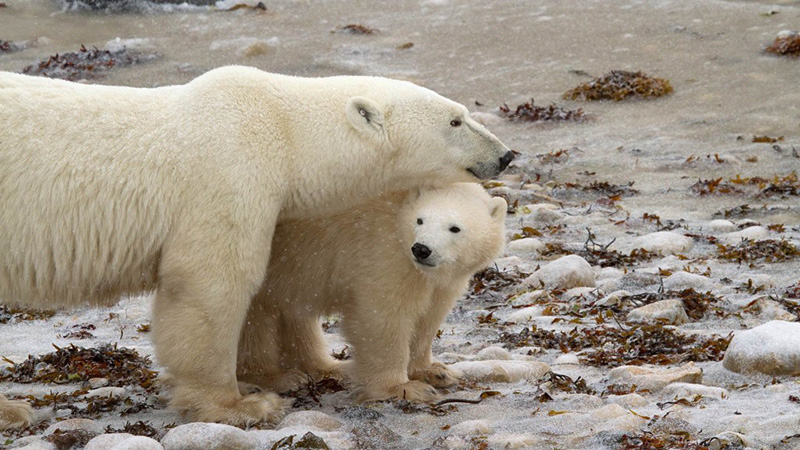 A polar bear mother and cub.

Happy Birthday to Ursula and Her Polar Bear Cub!

Happy New Year Ursula and cub! We finally have a new update as the Bear Tracker glitch has been sorted, and it looks like Ursula is on her way to having a good 2016.

Scientists count January 1 as the birthday of all polar bears, which means Ursula is now 9 years old and her cub is a two-year-old. The cub should be refining its hunting skills right now as it only has another 2-4 months with mom before she weans it and moves on to find another mate.

Since our last update, Ursula has moved about 143 km (89 mi) on the Tracker, a little bit south and then into central Hudson Bay. This isn’t an exceptionally long distance considering it’s been about 3-4 weeks since we last saw her, but we can assume there have been lots of zigzags in between the weekly movements shown on the Bear Tracker.

We hope this young family is enjoying the start of 2016 and wish them lots of sea ice and seal fat this year. Check back in soon as we continue to post Ursula updates every 1-2 weeks.