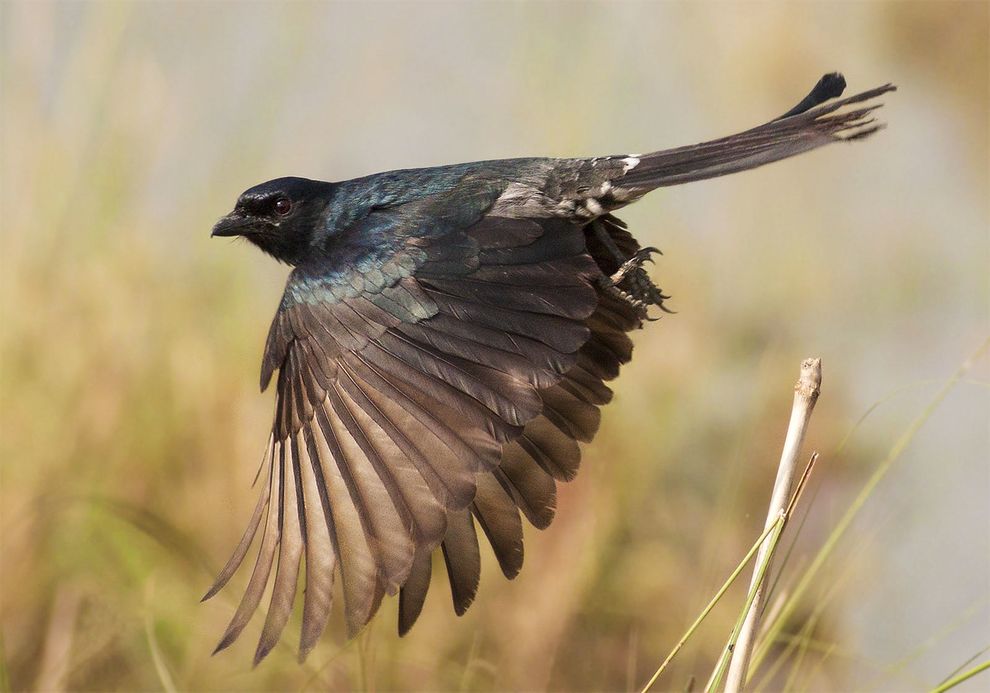 Fool Me Once… He’ll Try Again!

From National Geographic, we learned of the fascinating Drongo bird. These birds have learned to imitate alarm calls to scare off animals with prey – – and then swoop in to steal it for themselves! And their techniques are evolving…

Except when it’s lying. Because sometimes drongos, which are about the size of a scrub jay, make false alarm calls, causing their listeners to drop whatever juicy morsels they were dining on and flee the scene. Meanwhile the deceptive birds have swooped in and made off with their victim’s meal. (Related: “The Bird That Cries Wolf Changes Its Lies”)

Indeed drongos are notorious among wildlife observers for their thieving ways. But sometimes the birds call “hawk” too often, and like the boy in Aesop’s fables who cried “wolf” one too many times, they discover that no one’s paying attention.

Now researchers report in Science that when that happens, the clever birds deploy another trick… Keep reading at National Geographic.