It’s possibly the best tournament on the Internet. Fat Bear Week is here! From October 3-9, you can vote for the bear you think is the fattest bearcam bear of 2018 (learn more about how to participate). Here is your preview of the first round.

The matchups on Wednesday, October 3 allow us to contemplate the different life histories of Katmai’s male and female bears. Then, on Thursday, there are two very different matchups. One pits a relatively young bear versus an adult male in the prime of his life. The second is a family affair. Each matchup offers us a chance to reflect on how these bears survive in a competitive world. 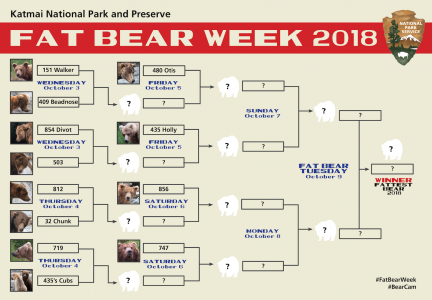 In this matchup, a still growing adult male meets one of the river’s most well-known and oldest adult females. Around 12 years old, 151 Walker is a maturing adult male. He’s not particularly large for his age, but that doesn’t mean he wasn’t successful at Brooks Falls this summer. Sometimes playful and other times strictly focused on the business of fishing, 151 has been able to gain a considerable amount of weight. He still has some growing to do, but he still was able to gain access to many of the most productive fishing spots at Brooks Falls this summer.

His competition is an experienced mother. 409 Beadnose is estimated to be over 20 years old and has raised four litters of cubs. She was single this summer, and without the energetic costs of raising cubs 409 was able to devote all of her energy towards herself. This extra body fat could help her begin to rear a new litter of cubs this winter. 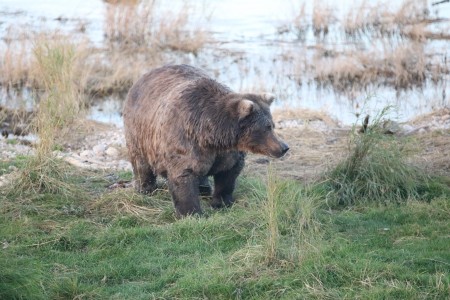 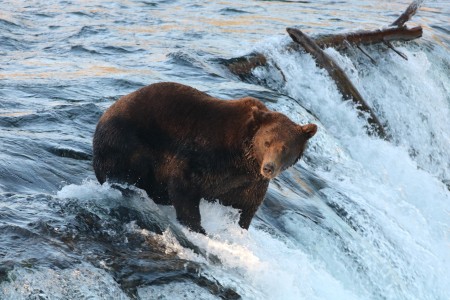 Does 503, a young and quickly growing male, have the pounds to advance past the portly adult female, 854 Divot? It’s another opportunity to compare how bears of different ages make a living and why fat is important to them.

Like Beadnose, 854 Divot took advantage of life as a single adult female this summer. A circular scar around her neck, the legacy of a wire snare, doesn’t seem to be a hindrance either. If she gives birth in the den, much of her body fat will be converted into milk and become her cub’s sole source of nourishment for many months.

As a young adult, not quite six years old, 503 will put his body fat to use to survive winter and fuel his continued growth. He’ll need that extra size too in order to access fishing spots near the river’s largest and most dominant bears. 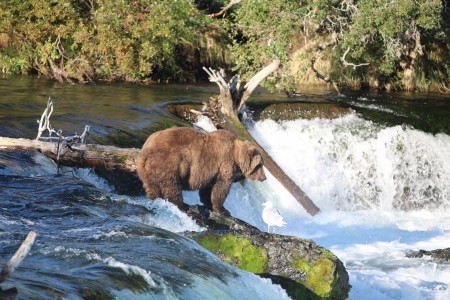 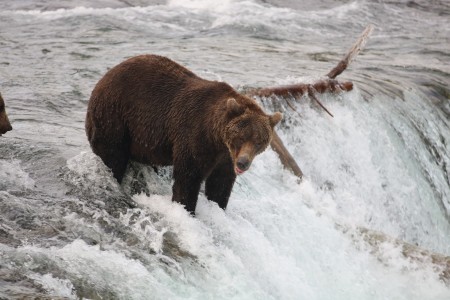 In this match, can a not quite four-year-old bear upset one of the river’s largest adult males?

As a subadult bear, 812 has a lot of learning and growing in his future. Even so, he demonstrated an ability to find success at Brooks Falls when he learned to fish the lip. In doing so, he found greater access to the river’s abundant salmon. Over the summer, subadult bears like 812 might even gain more body weight, proportionally, than many adults.

32 Chunk was absent from Brooks River in early July but returned looking large and healthy. As one of the river’s most dominant bears, he often has his choice of fishing spots, something his waistline illustrates. Next spring, Chunk will use his fat to survive when little nutritious food is available, and he’ll also need it to compete for access to mates. 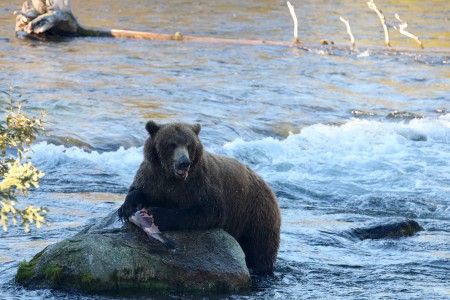 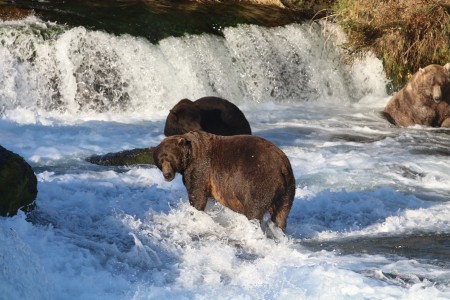 435’s Holly’s offspring are the only competitors in this matchup. Is a tag team of yearling cubs fatter than their older sister?

Born in 2014, 719 is now an older subadult female. Not quite large or assertive enough to always hold her place next to the larger bears at Brooks Falls, she was able to make a living by fishing and scavenging downstream. In the absence of larger bears though, she demonstrated a willingness to learn new fishing techniques by exploring the lip of Brooks Falls, investigating the far pool, and even testing her skills in the jacuzzi.

Holly’s current batch of yearling cubs looks plump and healthy. This is likely their last summer with mother, as Holly separates from her cubs at the beginning of their third summer. Without their mother’s guidance next summer, they’ll face new challenges. Their knowledge and skills will be tested like never before. 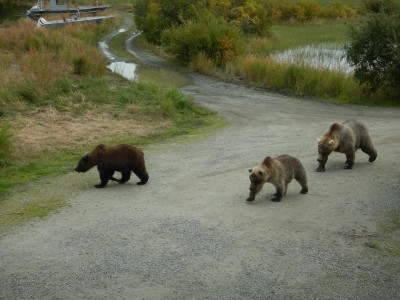 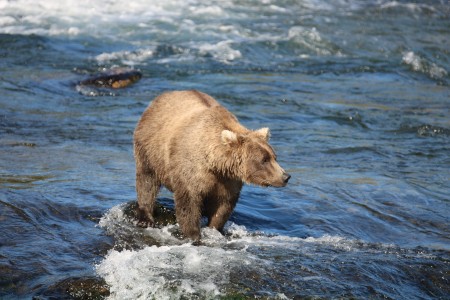 Fat bears are successful bears and they exemplify the richness of Katmai. In this way, Fat Bear Week is not just a celebration of fat bears but also of Katmai’s healthy, robust, and productive ecosystem.