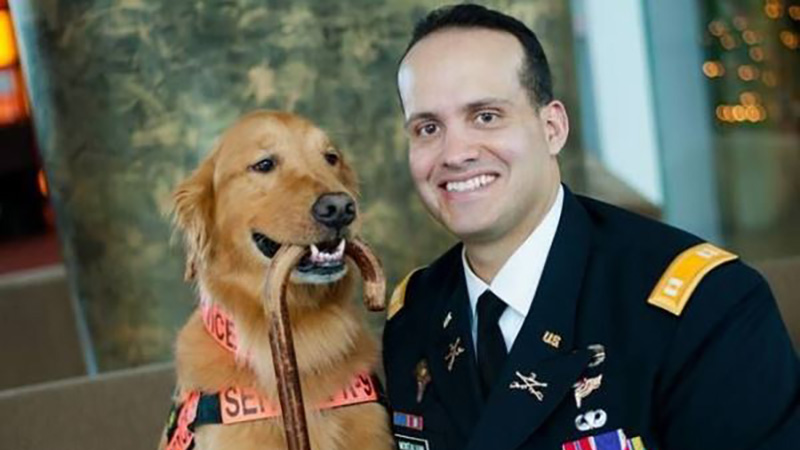 On May 7th at 11 am PST/ 2 pm EST, ECAD will be live streaming the celebration of Luis Montalvan’s life!

Luis Montalvan was an award-winning New York Times bestselling author and advocate for veterans. His award winning service dog, Tuesday, had inspired him to become a public voice in order to advocate the use of service dogs and creating programs that catered to veterans, as well as working service members, and their families.

Captain Luis Montalvan was a decorated war veteran, having served for 17 years in the US Army. During his time in the Army, Luis received two Bronze Stars, the Purple Heart, the Army Commendation Medal for Valor, and the Combat Action badge, among other awards. 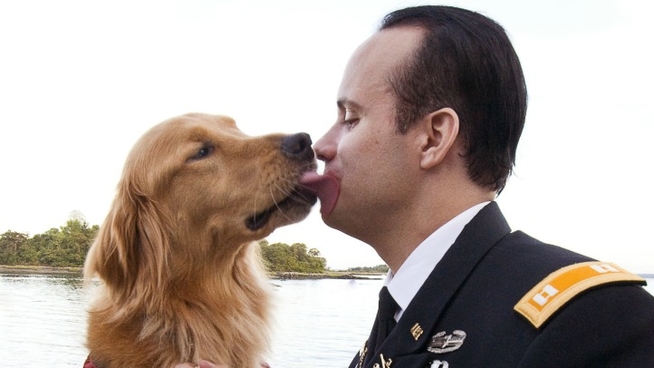 In January of 2013, Until Tuesday: A Wounded Warrior and the Golden Retriever Who Saved Him hit bookstands and chronicled the physical and mental challenges that a service member faced upon returning home from war. Luis writes about how meeting Tuesday changed his life, allowing him to reenter the world as an engaged community member instead of crippled by his physical and mental disabilities that plagued him. Tuesday, in short, was his lifesaver.

This book went on to be a bestseller and even got both Luis and Tuesday onto news and entertainment outlets to speak up about service programs that needed to be available for veterans.

Please join ECAD as they celebrate Luis’s life and honor a man who brought so much light into everyone’s lives.

You can watch the live stream here, although please note it will not be an active link until May 7th at 2pm EST when the broadcast goes live!