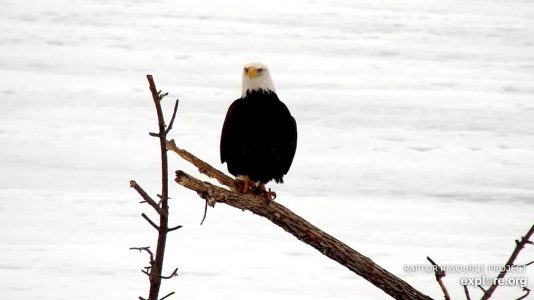 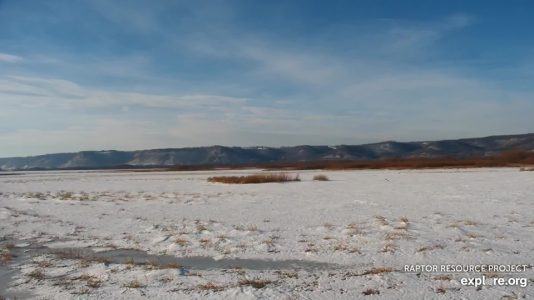 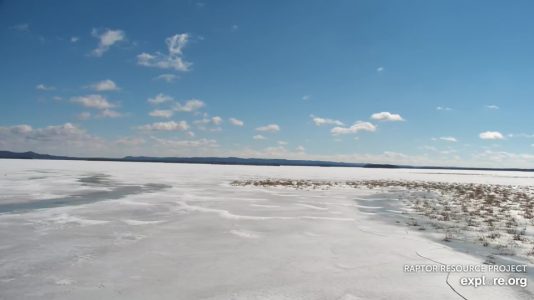 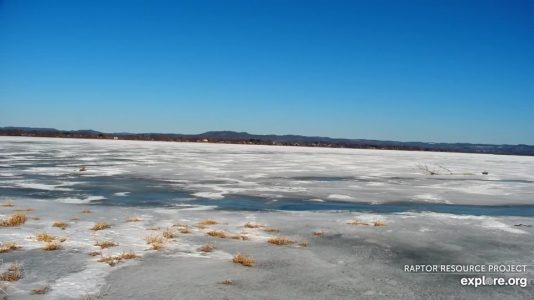 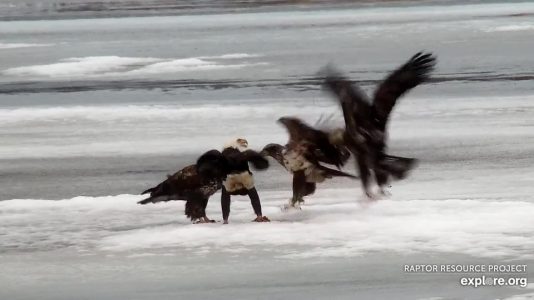 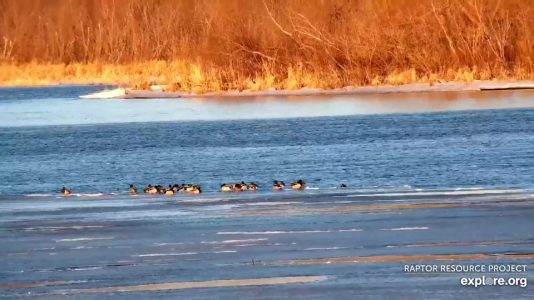 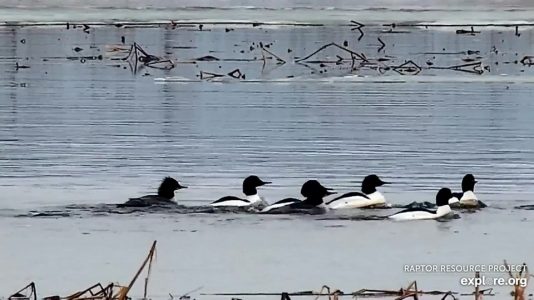 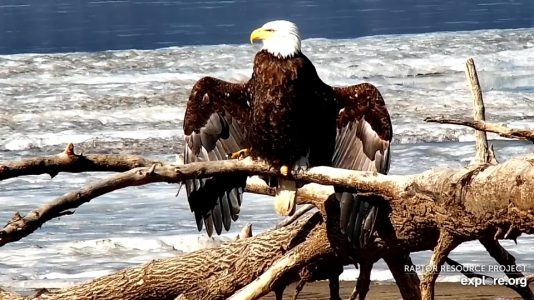 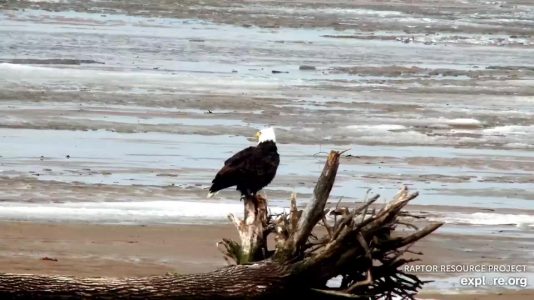 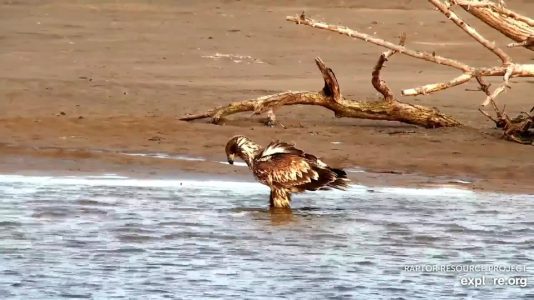 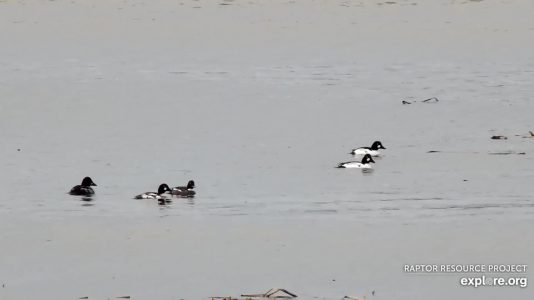 All Eyes on the Flyway!

If you watch the Flyway year-round, you know that it slows down in the winter. The icy cirrus clouds and blowing snow have their own austere beauty, but we don’t see much except an occasional coyote crossing the ice. Get ready for that to start changing as soon as next week!

When should we expect ice-out?

Ice-out is a process! We started to see thinning ice around February 27 of last year, although most of the river remained locked away and not much was moving around. We saw our first large group of mixed-age eagles on March 5th, although they didn’t stay long – almost nobody does in the spring! On March 6th, a large lead of water opened up and we saw Mallard Ducks off in the distance. The first Sandhill Crane arrived on March 8, followed by Mergansers on March 9 and Teal on March 11. By March 15, the river was wide open!

Spring migration passes extremely quickly! Birds are in a hurry to get north, claim their territories, and begin breeding. We’ve added migration forecast and wind maps to our Mississippi Flyway cam to keep posted on likely arrivals. In the meantime, this is a great time to start watching the river! https://www.raptorresource.org/birdcams/flyway-cam/mirziamov.ru