Some of the best learning moments are often bundled in games, trivia questions and hands-on activities. For parents and their children, teachers and pupils, conservation education provides fun opportunities to grow and learn. Through funding received from Explore.org, researchers at Mpala have developed engaging and interactive material for use in class, at home and outdoors. Learners can identify different species while interacting with science in a personal space. The live cameras on Explore.org provide an opportunity to connect with wildlife anytime. As a result, more people have a sense of stewardship and are engaged in pertinent conversations about issues surrounding natural resources, their use, and distribution. 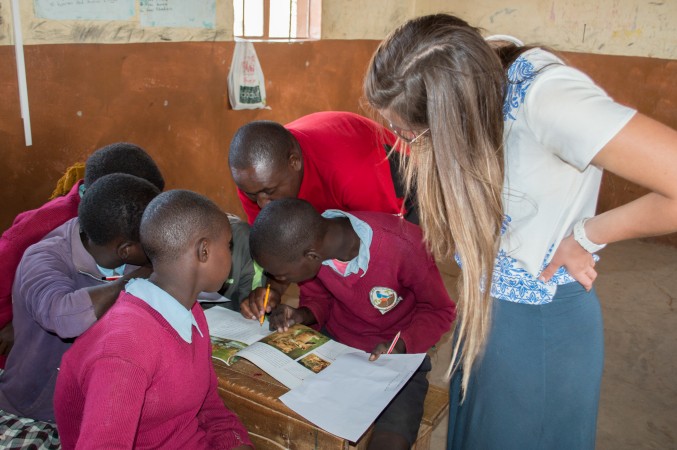 A conservation lesson in class

Viewers on Explore.org see wild animals in their natural habitat while learners are introduced to iconic species and their conservation status in the  Field Guide. The Grevy’s zebra, the African wild dog, elephant and the reticulated giraffe are some of the featured species.

With these and more species classified as threatened or likely to become extinct in the wild, conservationists and researchers are in a dash against time for some of the endangered species in Laikipia and beyond. Viewers on Explore.org are constantly on the lookout for exceptional sightings of these animals.

The leopard is n0t listed as threatened but a sighting at Mpala’s hippo pool is rare and when it happens, not only are viewers on Explore.org excited but animals can be seen making a run for it. Gazelles scamper for safety while vervet monkeys and baboons quickly scale the yellow barked acacia canopies. The comments section on Explore.org lights up with conversation. The big cat is a solitary hunter. Even a female with older cubs will leave her young behind when she hunts. Territorial, the cats frequently patrol their home range, marking and remarking the borders.

In July 2017, the Northern Kenya Conservation Clubs demonstrated the dire need to protect the environment during the Community Conservation Day. An initiative by scientists at Mpala Research Centre, this annual event day is about bringing the Laikipia community and stakeholders together to showcase conservation efforts by pupils from the neighbouring schools. This year’s event saw over 400 students from 12 primary and secondary schools and their families congregate to share what they had learned over the last year.
Pupils from Ol Jogi Primary produced a play on rhino poaching. All too often the ending in which the poachers are arrested and charged is not the successful outcome depicted in the drama. 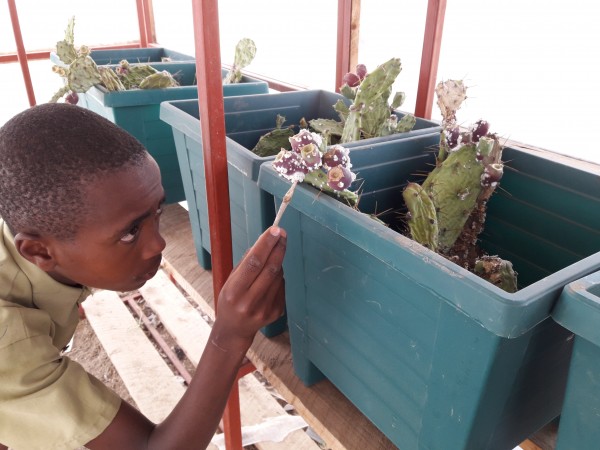 The people and wildlife of Laikipia are also battling the spread of invasive alien species. As part of their conservation club effort, Mpala Primary pupils have embarked on an ambitious mission to help the Laikipia community deal with the prickly pear (Opuntia), one of the biggest problems in the region. The plant was introduced into the landscape 50 years ago but  its presence is competing with native species, taking over the rangelands. Reduced vegetation and farmland areas have led to even greater competition between humans and wildlife for already diminished resources.

By making relevant conservation and educational content readily available to parents, teachers and pupils, Mpala Live! helps in creating awareness and understanding of connections between our environment, the wildlife around us, and their lives. As part of the mission and commitment to education, science and conservation, Mpala seeks to continue using outreach activities such as the community conservation day and technology supported by Explore.org to develop and deliver series of lessons to help teachers and pupils in their learning by turning the world around them into a living classroom.